I have chosen only A-League players for the 2021 Olympic squad as a fun exercise.

The three overaged players I would select in the squad of 18 would be Rhyan Grant, Alex Grant and Josh Risdon.

Tom Glover (Melbourne City)
Glover deserves the opportunity to be the No. 1 goalkeeper for the Olyroos at the 2021 Olympics as he is a quality goalkeeper.

Rhyan Grant (Sydney FC, right back)
Rhyan Grant has an outstanding work rate and warrants a spot in the starting line-up and to captain the team.

Connor O’Toole (Newcastle Jets, left back)
O’Toole showed the quality of player he is in his maiden game for the Newcastle Jets in their win over Melbourne City. 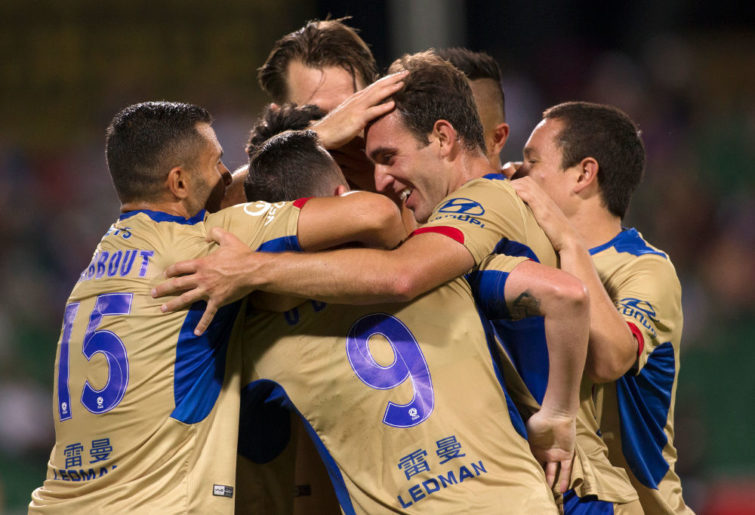 Josh Risdon (Western United, right wing)
Risdon deserves the opportunity to be a part of the squad as he has been a revelation playing on the right wing for Western United.

Keanu Baccus (Western Sydney Wanderers, centre midfield)
Keanu Baccus has a lot of ability and deserves his spot in the centre of the park.

Riley McGree (Adelaide United, attacking midfield)
McGree has been in superb form for Adelaide United and deserves the opportunity to be in the starting line-up.

Nicholas D’Agostino (Perth Glory, striker)
D’Agostino almost single-handily got the Olyroos into the Olympics as he was outstanding in the final third during the qualification process.

Daniel Margush (Perth Glory, goalkeeper)
Margush would probably be the No. 1 goalkeeper had he been playing regularly at club level as he has plenty of potential based on the seven games he got with Adelaide United.

Harry Van Der Saag (Sydney FC, right back)
Van Der Saag would have played more at A-League level had he not been in the top team in the A-League for the 2019-20 A-League season.

Ramy Najjarine (Melbourne City, attacking midfielder)
Najjarine deserves the opportunity to be in the squad as he’s extremely talented.

Marco Tilio (Sydney FC, striker)
Tilio is a striker with plenty of talent and deserves the opportunity to be in the Olyroos Olympic squad in 2021.

Jordi Swibel (Sydney FC, striker)
Swibel is an extremely good attacking weapon to have on the substitute bench.