Football is one of the world’s most popular and influential sports, played by millions of people universally who share a strong passion for the game and providing many with a lifestyle and career.

After being around for centuries, it has left a compelling history in its track. However, like everything, it experiences highs and lows. Stories of success, pride and sportsmanship give insight into the true meaning of the game, inspiring fans all around the world to follow in its footsteps. However, racism, failure and violence, unfortunately, leave the game’s record tarnished, exposing a dark side of competitive sports.

At the centre of this international sport lies the World Cup. This event, held every four years, allows each nation the opportunity to prove themselves on an international stage. As a reward, one nation is granted the honour of being the World Cup winners.

The event provides unmatched entertainment to the masses, with the most recent World Cup raking in over $6 billion in revenue. Surely an event so respected and important deserves the luxury of a great host country? A country that represents the true meaning of football, guaranteeing die-hard fans at every single game.

Surely, this is what the athletes who dedicate their lives to the sport deserve.

However, it is apparent FIFA does not agree. The 2022 World Cup is set to be held in Qatar, which has extremely little relation to the sport. It has only a small domestic league, with its national team ranked 55th. Furthermore, Qatar has been accused of supporting terrorism, having anachronistic ideologies and is currently in the middle of a diplomatic crisis. This sparks the question: why should Qatar have the privilege to host such an esteemed and internationally recognised event?

In Qatar homosexuality is illegal and, for Muslims, could be punishable by death according to sharia law, though there are no known examples of the death penalty being enforced in this situation. On the contrary, football has fought hard over the past couple of decades to be an inclusive game, allowing everyone to play, as well as provide a platform of communal unity. Holding the World Cup in Qatar defies the values the game seeks to uphold.

While all major European leagues have pasts riddled with violence and homosexuality, there has been a huge cultural shift and progressive change in attitude among footballers, accepting those who associate themselves as a part of the LGBTQI+ community. It is apparent that society has not yet reached ultimate acceptance and equality, but it is clear that hosting an internationally recognised event in an oppressive and conservative country will not assist in progression. 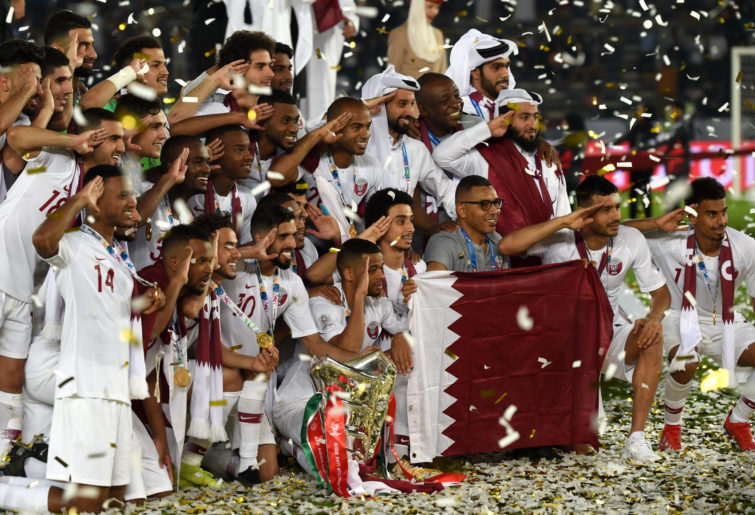 Additionally, hosting the football World Cup requires stadiums with a capacity of a minimum of 80,000 people as well as accommodation, training grounds, infrastructure, public transport systems and numerous other facilities.

Qatar, as a developing country, does not currently have access to these necessities, nor does the economy have the freedom to expand without having a major negative impact on the country. Claiming that they will build all facilities by 2022 is predicted to cost the Qatar government approximately $220 billion, far exceeding that of any other nation holding it previously.

Qatar is also extremely underdeveloped compared to the other countries that have hosted the World Cup in previous years. The $220 billion dollars should be spent on building a stronger country economically and socially rather than on the novelty of hosting a World Cup.

We’ve seen this confusion of priorities in the past: the 2004 Olympic Games in Athens cost Greece $411 billion to host, but since then most of the stadiums have been left to rot and overrun by nature simply because the government had no further use for them once the event had passed, and the country is now in a parlous economic state.

Furthermore, in order for Qatar to build its stadiums, an immense amount of labour is required. In August 2019 hundreds of migrant workers who were constructing the stadiums went on strike due to the poor working conditions, having either been left unpaid or experienced delayed wages and threats of reduced pay.

In any case, it’s surely unethical to have workers labour in Qatar’s hot summer, when the top temperature can regularly soar well above 40°C.

The question of how Qatar got the rights to hold the World Cup in the first place then arises. First, a nation must bid for their involvement in a vote, then FIFA’s congress votes under an exhaustive ballot system.

Qatar reportedly offered a tremendous $200 million, far outbidding the offers made by other nations. Australia, holding the second-highest bid, offered a mere $45 million.

In the years leading up to the vote, Qatar had been crafting unfathomable sponsorship deals with clubs from major European leagues in an attempt to secure votes and ensure their role in hosting the World Cup as well as the purchase of Paris Saint Germain. These gestures show how Qatar is pushing hard to be recognized as legitimate football hosts.

As a result of all these reasons, the 2022 World Cup should not be held in Qatar. Its laws against homosexuality create an unsafe environment for all people involved in the event and the preparedness of its cities must also be called into question, with transport and infrastructure not yet able to facilitate the mass crowds.

Qatar has also acquired the opportunity in a completely inequitable and abusive way. Thus Qatar is economically and socially incapable of hosting the 2022 World Cup.