The 69-year-old former Celtic, Liverpool and Scotland player was admitted to hospital on Wednesday for a “treatment of an infection which required intravenous antibiotics”.

“In keeping with current procedures, he was subsequently tested for COVID-19 despite having previously displayed no symptoms of the illness. Unexpectedly, the test result was positive but he remains asymptomatic,” Dalglish’s family said in a statement released on Friday by English Premier League leaders Liverpool.

“Prior to his admission to hospital, Sir Kenny had chosen to voluntarily self isolate for longer than the advised period together with his family.

“He would urge everyone to follow the relevant government and expert guidance in the days and weeks ahead.” 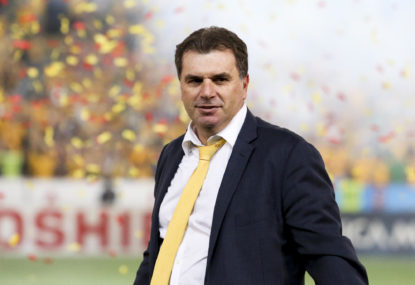 Former Socceroos coach Ange Postecoglou insists he’s solely focused on J.League club Yokohama F. Marinos as speculation intensifies he’s about to take over at Scottish giants Celtic. The 55-year-old is the heavy favourite to take charge at Parkhead after talks between the Scottish Premiership powerhouse and ex-Bournemouth boss Eddie Howe collapsed. The Glasgow-based club has […]