Or maybe that was just eight-year-old me. Either way, it was a terrific feeling to have. It was a feeling I was confident would carry over to the next year. But here I sit behind my laptop in 2020, still chasing that feeling.

Why did the franchise never repeat? Well, at first it looked like a sure thing. The franchise started the season 27-2. It was literally the best start in NBA history, as the Celtics surpassed the 1966-67 Philadelphia 76ers for the best two-loss start. That included a franchise record 19-game winning streak that would be stopped by the Lakers.

Everything just seemed to be so wonderful that whispers of another Boston dynasty were brewing. That was until Kevin Garnett injured his knee in the second quarter of a game against Utah. It almost made it worse that he injured the knee without any contact from another player.

I can sympathise with a high flyer who glides to the rim just to hit a seven-footer to then come down awkwardly on one foot and get injured. That’s just part of the game. But that wasn’t what happend to KG. That was more like an old racehorse who plummeted on the last lap. Garnett just had too many miles on his odometer. And the scary truth of basketball has always been when the knee goes, you go. 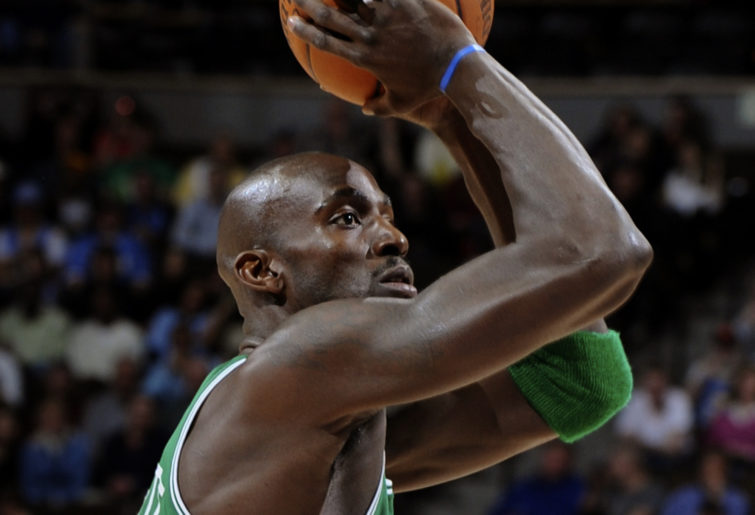 At the time, the franchise were 44-11. Garnett would return 13 games later to play a total of 66 minutes over four games, before aggravating the same injury again with no contact. The Celtics brought in Patrick O’Bryant to add some length and Stephon Marbury to add some scoring, but both additions never panned out.

It was time for the rest of the roster to step up if they liked being called champs. And the Celtics battled valiantly but without Garnett, it never felt right. Because Garnett was not just the 19 points and nine rebounds he contributed, he was the spirit of the team, the leader of the defence and arguably the best player. And with him gone, the Celtics seemed lost heading into the playoffs, finishing the regular season by losing seven of the last nine games to have a record of 62-20.

The first-round series against the Bulls, led by a rookie Derrick Rose, was seriously one for the ages. It had everything you can dream of in a series. The young up-and-comer battled the worn-out champions. Tick. Four overtime affairs with seven overtime periods, including a triple-overtime Game 6. Tick. Two three-point games, two two-point games and a one-point decision. Tick.

This seven-game series was legendary, and when the Celtics won and moved on to the second round against Dwight Howard’s Orlando Magic team, they were a little gassed. And without KG, Howard could operate freely, averaging 16 and 17. That’s 17 rebounds a game. Again, Howard got more rebounds than he did points and points come in twos. The Magic would win the series against the Lakers and Garnett’s injury would go down as one of the biggest what-ifs in NBA history.

If Garnett does not get injured, does he stop Howard and the magic? Without that finals appearance, is Howard still going to the hall of fame? What if the Celtics repeated as champions over LA? That knee injury changed the course of time.