This is the future of sports broadcasting

When I tune the wireless to listen to the footy, I generally turn it off once the game starts.

This has been a lifelong trait since I discovered Roy and HG on Triple J in the early ’90s. Talking about sport was more enjoyable than listening to the blow-by-blow call of the game. And if it’s funny, that’s even better.

This seed was born when a Sydney taxi driver and part-time race caller called Ray Hadley teamed up with the newly retired Parramatta Eels warhorse Ray Price to broadcast the rugby league on Sydney’s 2UE, after Frank Hyde and Col Pearce folded up the sideline card table and put the headphones away.

I was never really into Hollywood and Zorba but as time has drifted by, I appreciate their style of combative sparring as the entertainment it was. These days I’ve left the league behind and turned to the Melbourne Triple M Saturday Rub podcast.

The delivery methods may have changed but the message remains the same. I don’t need real-time conversations to get my weekly footy fill.

COVID-19 has changed the sports broadcasting landscape for good and this heinous event has been the catalyst for the massive cost savings about to come. The days of $1 billion deals are done.

What the public don’t factor into these numbers is that the networks then need to pay for the logistics of actually putting the sports to air. This includes paying the big contracts of the on-air talent as well as the outside broadcast facilities and a myriad of other associated costs. 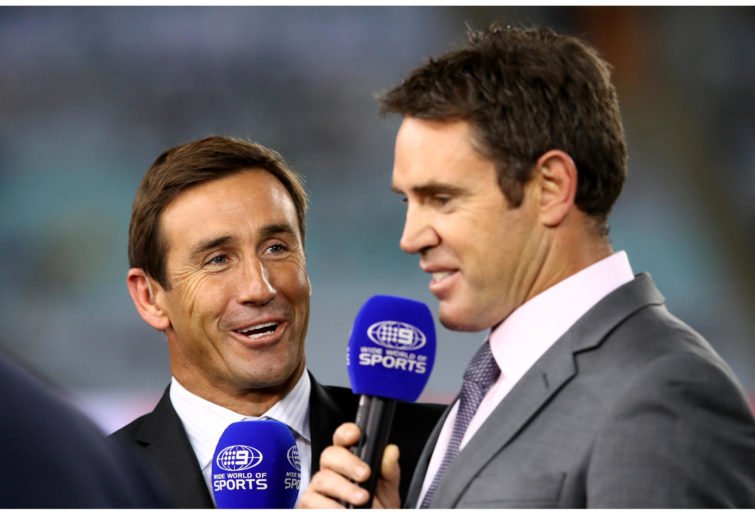 They then need to sell advertising and subscriptions to make it all viable. No broadcaster makes money out of sport and it is classed as a loss leader for them to get you to stay on the network once the game is over. Hence the heavy advertising for their own programming.

Nine are the rights holders for the NRL but they produce excellent AFL coverage and have expanded Monday night’s Footy Classified to a Wednesday night offering as well this season. This proves that you don’t need to talk about the game or have the pictures to make watchable TV week in, week out.

This current crisis has given us new topics to ponder as we navigate this changing landscape. Fox Footy has put the excellent 360 nightly programs for AFL and NRL on hiatus but in their place are the equally compelling Live shows. These are essentially a panel show with the talent still on the payroll who feel no need to change out of the attire they have just slinked around Bunnings in. This way they can just put on the cans and treat it as a televised radio show. But it is very watchable night after night.

So short is Fox on current content that they are replayed immediately after they are shown live and throughout the next 24-hour cycle until the next one is produced. The other new concept that Fox are going with is the replaying of classic games to modern commentary – another innovative use of the old combatants on the evaporating gravy train.

It’s an interesting concept when you commentate the game you’re playing in. Bill Brownless did that well when calling one of his numerous losing grand final efforts on radio, much to the amusement of his fellow stable of stars. 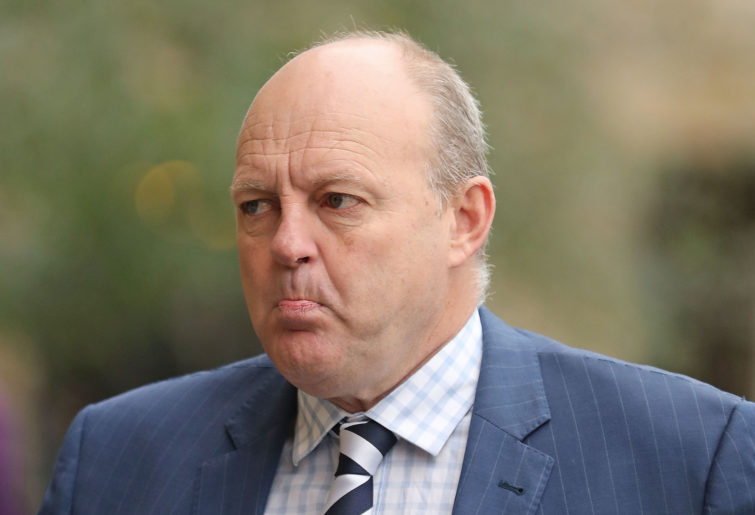 When we come out of this pandemic we expect that salary caps will be slashed, football departments will shrink and player salaries will not be at the level they were when the next round of broadcasting rights are negotiated. The hole the NRL finds itself in now is due to blowing the rivers of gold that have flowed down the Murdoch and Packer Rivers since the Super League war ended. The well stocked trout have now been fished dry.

Unfortunately, the drought is to make that river barren. In the past few weeks we have been softened up by the media to expect the cost cutting to be the new norm. This is how it needs to be. Commentating from TV screens in nothing new and generally happens when commentators don’t want to travel too far abroad.

They have been doing it at the Olympics for years with skeleton crews sent due to the massive costs involved in such an epic operation that televising sport has become. When I go to the Sydney Test, it is covered by two local TV networks, Fox and Seven. The visiting team takes the local feed of the pictures and has their domestic commentary team describe the pictures you see on the screen. Radio and print journos are thick on the ground.

The harsh economic realities of the coming seasons once the pandemic is over will see a boundary runner or a sideline eye at the footy and the rest in a broadcast bunker or even at home. Crisis has created a new reliance on technology to bring the isolated to our screens as never before and have we really missed a beat? We have not.

Cricket has a more complex issue to navigate as the game goes over multiple days and is on for multiple hours each day. These are really first-world problems.