The legends of Kevin Garnett, Paul ‘the Truth’ Pierce and Ray Allen still had more fight left in them as they set off to avenge a disappointing play-off bounce, where Garnett would fall to injury leading the team to fall to Orlando in seven.

Garnett surprised everybody when he came back and continued to dominate opposing teams with a level of intensity that only he was capable of bringing, reaching his 11th consecutive All-Star game. Pierce would also accompany Garnett in the All-Star game while also winning the three-point contest and setting a franchise record for free throws made.

But Rajon Rondo took the biggest and most needed leap in his game from a hit-or-miss young guy to a top ten player in the league. Obtaining NBA all-defensive first-team honours, Rondo set two new single-season franchise records: he broke Rick Fox’s record for steals in a season with 189 steals and snatched the legendary Bob Cousy’s record of assists record with 794. 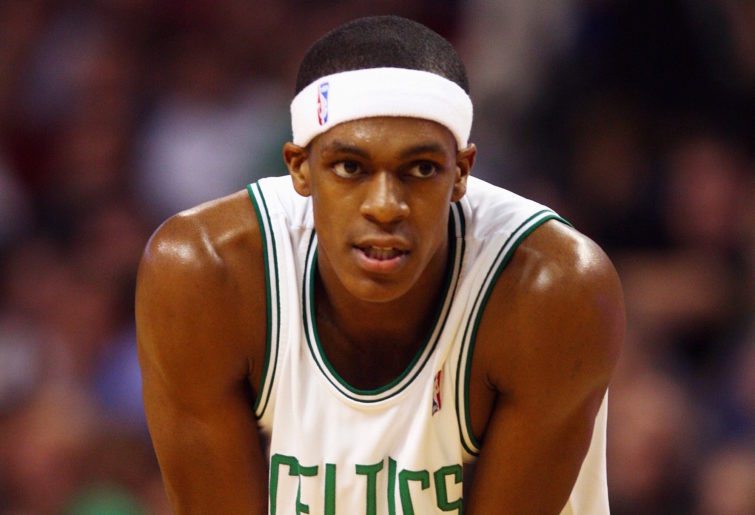 The Celtics would finish 50-32, a 12-win drop from the previous season. Heading into the play-offs, this time with a healthy line-up, the Celtics would swing past Dwyane Wade and the Heat in five games, ready to take on the championship favourites the Cleveland Cavaliers.

LeBron James carried the momentum from an MVP season to the second-round match-up against the Celtics, the same team that defeated him in seven games two years prior, and went on to win the championship. Being that it was his last year on his contract, play-off success was never more crucial for Cleveland fans. LeBron was spectacular, but when your next leading scorer is Shaquille O’Neal averaging 13.5 points per game and constantly clogging the middle of the floor for LeBron, giving the older Celtics a much-needed speed advantage, there is only so much you can do.

In part thanks to a stellar performance from Rajon Rondo in Game 4, having a 29-18-13 triple-double, the Celtics would take down the top-seeded Cavaliers in six. LeBron would go 27-19-10 in the elimination game. This would end up being the last time LeBron would be eliminated in the east.

In the previous season the Garnett-less Celtics lost in seven games to Dwight Howard and the Magic. But the Celtics did not have that excuse this time, and they didn’t need it. Orlando battled valiantly, but with Dwight’s free throw problems and Vince Carter’s proclivity to disappoint come play-off time, the Magic were beaten in seven. The series was close, but when one team has the better player at every position except at the No. 5, you’re going to win four out of seven games 99 per cent of the time.

This eastern conference run was very significant in shaping the future of the league. Because it was instrumental in forming the infamous ‘decision’, where LeBron James would go on ESPN live and announce he was jumping ship to Miami, setting fire to his once prestigious legacy. If the Cs don’t beat Miami, they might have the confidence to be content just signing Chris Bosh. If they can’t beat Cleveland, we might have seen a LeBron James-Kobe Bryant finals, and there’s no way LeBron leaves Cleveland so close to fulfilling the ultimate promise.

But none of that came to fruition as the Celtics looked to battle the Los Angeles Lakers. This was epic, not to mention a rematch of the classic Celtics vs Lakers 2008 finals. No two teams loathed each other more than these two, and both have the most loaded starting fives in the league, creating a unique contrast of styles. The 2008 champions battled the 2009 champions to be the 2010 champions. It doesn’t get any better.

Game 1 fell to the Lakers at home, but the series would immediately be split, with a finals record-breaking eight threes from Ray Allen – since beaten by Steph Curry). This back and forth progression would continue as the Lakers would take Game 3, only for the Celtics to secure Game 4. The Celtics would break this pattern by winning Game 5, overcoming a 38-point effort from Bryant.

But LA would live to fight another day, blowing the Celtics out by 22 as Kendrick Perkins tore two ligaments in his right knee only six in a half minutes into the game. When there are four three-pointers, three coming from unlikely players in the final two minutes of a Game 7, does it get much better? The game was legendary and the series lived up to the hype as the LA Lakers won their 16th championship and Kobe was named finals MVP.

We didn’t know it at the time, but this was the end of an era. The last chapter of my ten-article piece of the Boston Celtics from 2000 to 2010. What a ride!