I grew up in Western Australia and never had anything to do with rugby when I was young aside from seeing the occasional highlight video and hearing the name ‘Campese’ a bunch in 1999.

We only once played it at school, and we were so clueless – as was our physical education teacher – and skilless that we had to make it a handicap contest where the bigger guys had to pick up the tackler too and take him with him over the line if we wanted our try to count. It was a joke.

But then at the same time I remember a mate who had come back from a few years in Scotland when we were in Year 10. When we played Aussie Rules footy and were all at home he tackled like a bull, laying us out.

“It’s because we played rugby over there,” he said. We had to respect rugby, but it was their game, not ours.

Aside from that, although we just wanted to play Aussie Rules and basketball, our phys ed teacher got us playing hockey, soccer and even badminton once or twice, but that was it for rugby, just that once. In Western Australia it was only at Hale and Scotch and Christchurch, the super-dear posh schools, that they played rugby.

Rugby was their game, not ours.

And so I didn’t watch even the odd Wallabies game until about eight or nine years later during the 2003 World Cup. I got right into that. But then, as far as a then mid-20s sandgroper was concerned, rugby pretty much disappeared. It would just pop up a few times a year when the Wallabies were on TV. That was the sparse annual cycle.

I even remember at the time thinking, ‘Why don’t we get more of this? It’s great’. So it wasn’t that I wasn’t interested, but it just seemed like it wasn’t there. It wasn’t really an option for what to watch.

I vaguely remember in 2005 the Force starting up and hearing there were good crowds going. But I was a post-grad student with no money to go to the game. I worked evenings and weekends and never saw their games available on free-to-air to record and watch. And also, to be honest, given how little coverage it got, I just assumed Super Rugby was just some second-rate competition.

I had AFL and NBA to watch, and with my mates we talked about those sports, not rugby. Rugby was just something that South African immigrants and all the Kiwis moving to Western Australia during the mining boom were into. Again, rugby was their game, not ours.

But from about 2007, as I watched international rugby, slowly, gradually more and more regularly and devotedly, I start to think: this is better than any other sport. It’s a sport in which every inch you gain matters. A sport in which you’ve got to be super, super tough but also skilled and smart about the rules.

It took me a while to understand the rules of rucks and to appreciate the strength and guts you need to get your head in there over the ball and hold up in there. Channelled, disciplined power and intensity – more by a fair way than AFL, which I’d always loved. Rugby was war. Totally enthralling.

What’s my point, though?

It’s not to say how much I love rugby now. Mainly it’s to say that, like rugby didn’t get a fair crack in WA, I’m guessing it never did in Melbourne, not to mention other AFL strongholds around Australia like Adelaide Tasmania and the Northern Territory, where I guess they never really tried.

How would it get a fair crack?

The obvious thing would be professional players getting into primary schools and high schools and doing rugby clinics. Connecting with the kids. Maybe that was happening a bit when the Force were still in Super Rugby. I guess it happens in Queensland, New South Wals and ACT schools, though I wonder if league players do more of it there. How accessible and local are the Super Rugby players to their communities?

Get it on free-to-air TV too, or for today just put whole matches streaming live on YouTube and leave them there to be rewatched. Make money from advertising on there. It won’t be heaps, but you’ve got way more chance of them watching it there than on Foxtel, Optus or free-to-air. And people will comment on it, link to it, and cut and edit their own highlights videos. Let the great players become memes and GIFs that become part of the language of social media.

About a decade ago I worked quite a bit teaching English with people at EMI music in France. It was a time when the music business was going under. I spent a lot of time teaching the president, marketing manager and CFO. They were all trying to find ways to keep traditional revenue streams alive and they all loved music and the way the industry had always run. But they went under before they could fully come to grips with the new economy of streaming and watching for free online. Rugby’s not quite the same case of course, but there might be something to be learnt.

This isn’t the age where content protection and exclusivity works well; today it’s all about accessibility, about places where people can easily and freely watch online and where advertisers can make their money from them doing that. You’ve got to build the viewership longer term. You’re already broke and in debt. Think long term rather than a band-aid short-term fit. 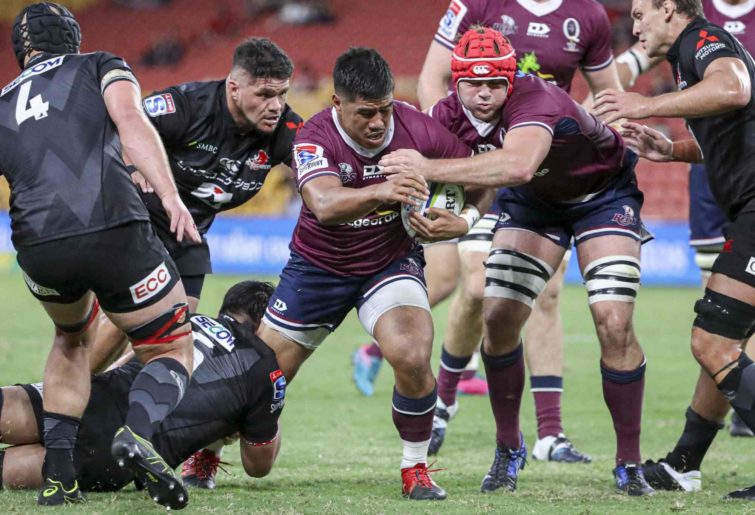 And I just read ‘Super Rugby not working for Australia – Moore‘ on here. It struck me that he’s right and that there’s such a disconnect because there’s not a strong local place-connection. I’ve been following Super Rugby a few years now but I haven’t, until writing this right now, bothered paying any attention to which parts of their countries the four South African teams are from, nor the five New Zealand teams.

That probably matters. Place is a part of team identity for both yourselves and your rivals.

I grew up on AFL and I knew where the other teams were from, or if I didn’t, when I got to Melbourne I got a sense of it based on where Carlton was, St Kilda, Collingwood et cetera. I understood who Geelong and their fans were once I realised they’re from a different place. On the other hand, as an Aussie, Auckland is in another country. So is Cape Town. What they are as individual cities doesn’t mean much to someone who’s never been to that country.

Say, then, we just settle on thinking of them as just Kiwis or Saffas. It’s still problematic. The Stormers are only kind of representatives of South Africa, aren’t they? Likewise the Blues of New Zealand. What does it mean for an Aussie when the Crusaders are great but the Highlanders aren’t? Not much at all. What does it mean as a Kiwi? How’s a Reds fan meant to feel when the Brumbies beat, say, the Jaguares? Are they proud as fellow Aussies or, rather, more annoyed that it’s them and not the Reds flying the flag?

Different parts of the fan-base probably react differently. That’s not exactly a problem in itself, but how do you do the marketing and promotion for a competition that’s international but kind of local too? 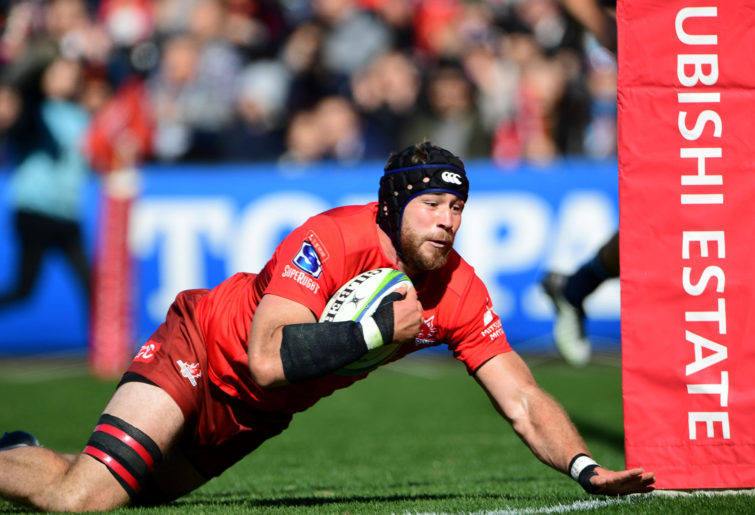 Some solution ideas, then. One could be to make Super Rugby a group of purely domestic competitions. In Australia we start with four teams who all play each other twice or maybe three times. It’s not quite ideal. We need to get to six or eight clubs, though how do we do that without diluting the competition? I doubt you’d have that problem in New Zealand. I don’t know about the level of competition otherwise in South Africa or Argentina

Anyway, you’d play your domestic fixtures more or less from February to May. The best team is the Super Rugby champion. In South Africa, Japan, Argentina and maybe the Pacific Islands the teams do likewise on more or less the same timetable.

From there, in June, before the international season kicks off, the champion teams from each country play a champions league called ‘International Super Rugby’, each team having by that point really earnt the right to be the international representative in an unambiguous way. It could serve as a nice international warm-up for the Test season.

Another idea flowing out of my shoulder-shrugging disdain upon hearing that the Lions tour was cancelled: why not get rid of the arbitrary and meaningless British (and Irish? Since when did the Irish want to be in with the British?) Lions and do a northern hemisphere vs southern hemisphere all stars series maybe every two years away from the World Cup?

In those seasons – it would be 2021, 2025, 2029 et cetera, though it could also be more frequent – there’d be a lot of interest and pride in getting our country’s players in as the most numerously represented. And you’d get some intrigue too. Let’s imagine both Lood de Jager and Eben Etzebeth got picked ahead of Brodie Retallick. Wouldn’t it be interesting to watch big Brodie closely the next time he played against the Boks?

And just one more point to wrap up: I mentioned earlier it was in 2007 that I really got into rugby. That might be because I got to France the year the World Cup was here.

But my suspicion is that it’s something more to do with who I want to identify with. Over here I watch the Wallabies as an Aussie, proud and defiant. And I even watch the Boks or All Blacks as a proud and defiant southern hemisphere-er. And being an Aussie or southern hemisphere-er in Europe means something. Whereas I think it’s an uphill battle for Super Rugby fandom to mean something in an international (but not really international), local (but not really local) competition.