Craig Bellamy is right - settle down with the ‘innovations’

Nature abhors a vacuum and the 2020 COVID-19 sporting hiatus has seen column space filled with some most ‘interesting’ suggestions for codes across the globe.

Possibly the best (and worst) are centred around the completion of the NRL’s 2020 season.

There’s big new ideas for rugby league all over the place.

Some people see radical change as the only way to get something substantial out of season 2020. Others are seizing their chance to push for fundamental changes to the game itself. As for a lot of the rest? They’re just ideas tossed up to fill a column for a day.

Melbourne Storm coach Craig Bellamy is rightly dubious at the value of all this hubbub and gave a simple quote in the Nine newspapers that should be tattooed on anyone involved with the NRL in season 2020:

“Now is not the time to innovate.” 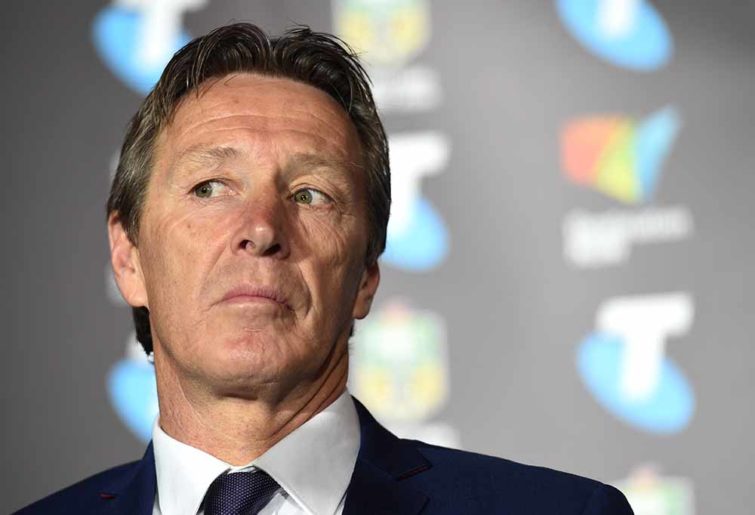 The legendary coach will stretch as far as supporting small, temporary increases to players on the interchange until everyone’s back to full fitness.

“If we have to make changes, make them minimal and short term,” he said. And it’s the smart call.

If ever there was a time for the NRL to keep things as near to normal as they can, it’s now.

The NRL’s ‘innovations committee’ was put together to look at potential scheduling for 2020 and options for the structure of the competition.

It was subsequently tagged Project Apollo by the Daily Telegraph as a clever reference to the NASA space program which put man on the moon.

As the NRL put it on their own website: “An eight-person innovations committee that features some of the greatest minds in the game will be tasked with the challenge of structuring the remainder of the rugby league calendar…”

Putting a man on the moon was probably easier than trying to put a rugby league player on the field right now.

Canberra CEO Don Furner is there, so is CEO of the Rugby League Player’s Association Clint Newton and, to round it out, former New South Wales deputy premier Troy Grant.

I don’t envy their task, but I’m sure they’re up to it.

NRL chief executive Todd Greenberg said there were “no bad ideas” when it came to the innovations committee.

I’ve taken the liberty of putting together just a selection of the suggestions in the NRL’s reporting and the wider media and tried to ‘let the season flow’, to borrow a legendary rugby league term. 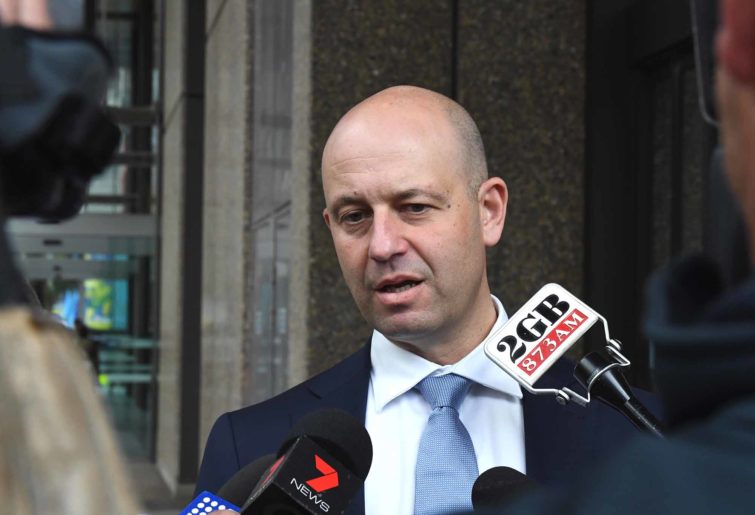 Take a deep breath now, because this is a bit to take in…

After the results of 2020’s first two rounds are voided and the match review bunker is scrapped, players relocate to ‘NRL Island’ where they are quarantined to remain COVID-19 free.

The season begins with the State of Origin series, which has had its eligibility thrown open so international players like Jason Taumalolo can participate. Unfortunately, the Warriors are excluded for 2020 because they’re from New Zealand and it’s too hard to accommodate them.

Games are split into quarters because it gives the players more rest and lets broadcasters get more ads in. After clubs play the remainder of the season’s 13, 15, 17 or 23 games in two conferences, there’s a ten-team finals series in November with a wildcard playoff and the grand final – sorry, best of three grand final series – played somewhere near Christmas.

The premiers are awarded the trophy by newly appointed NRL CEO, Wayne Bennett or Phil Gould.

There’s a lot of bad ideas in there.

Special mention also goes to NSW coach Brad Fittler, who suggested fans could attend State of Origin or the grand final by buying a ticket through an app, then going into self-isolation for two weeks before heading to the stadium.

To introduce a touch of sanity, Pearce has already knocked away the idea of playing in conferences and ARLC chair Peter V’landys has been adamant the results of the first two rounds of 2020 will stand.

Don’t get me wrong, I’d love some tweaks here and there. I love conference play. I like the wildcard idea. But these are things to discuss, test, gauge support and properly plan how to implement and that takes a couple of years.

To stack on a bunch of changes that will fundamentally change rugby league with questionable long-term value is just dumb.

We all know the Australian Rugby League Commission and the NRL have laid down May 28 as their goal to restart the season.

I’ve taken my shots at V’landys but I appreciate what he’s trying to do. The game needs to play to get broadcast cash and set right their financials, even though those broadcasters really do not want to be handing that money over.

There’s a plan, some hope, a light at the end of the tunnel. But if the NRL is up and going on May 28 it will be nothing short of a miracle.

May/June is Australia’s peak flu season and it seems weird to have to remind people, there’s no vaccine yet for COVID-19.

While Australia seems to have succeeded in ‘flattening the curve’, there’s still strong restrictions in place that make plans for going to the shops difficult, let alone kicking a national professional sporting competition back into gear.

So for now, we’re going to cop a steady diet of wild ideas, speculative proposals, kite-flying exercises to test public reaction and articles by Paul Kent about Peter V’landys which are more appropriate for publication in Penthouse Forum.

How much of this is genuine, innovative thinking that will advance rugby league and secure the code long into the post-coronavirus future, and how much is complete bullshit being spouted because there are massive content gaps? You decide.