Round 6 of the 2020 NRL premiership was due to be played over this weekend.

Nobody knows when we will see live rugby league action again. In order to fill the void, some fans have decided to re-live past glories by soaking in Kayo classic matches. Younger fans may pass time by playing out the season virtually through video games such as Rugby League Live 4. But you know what would really boost morale during these trying times? A big budget, A-list, Hollywood film about the greatest game of all.

In this fantasy, Russell Crowe has decided to use the lull in the live sports market to expose the world to rugby league. He jumps on the phone, makes a few calls, and assembles a team to make the project a reality. Famous Hollywood directors and actors alike are blowing up Rusty’s phone, all wanting to be a part of this revolutionary film. This begs the question, which actors do we choose to play rugby league’s most colourful characters, and who directs the film?

Colin Farrell as Cameron Smith
The NRL’s elder statesman and most influential player would feature heavily in a Hollywood adaptation. Therefore, an A-list actor would be required to play one of rugby league’s biggest stars.

Jason Momoa as Jason Taumalolo
The Cowboys’ 115-kilogram wrecking ball broke the record for most metres made by a forward in his team’s victory over Canterbury in Round 2. It was a performance that was described by Channel Nine commentator Matt Thompson as “super-human”. Therefore, it would take an actor who regularly portrays superheroes to come close to imitating Taumalolo’s efforts. 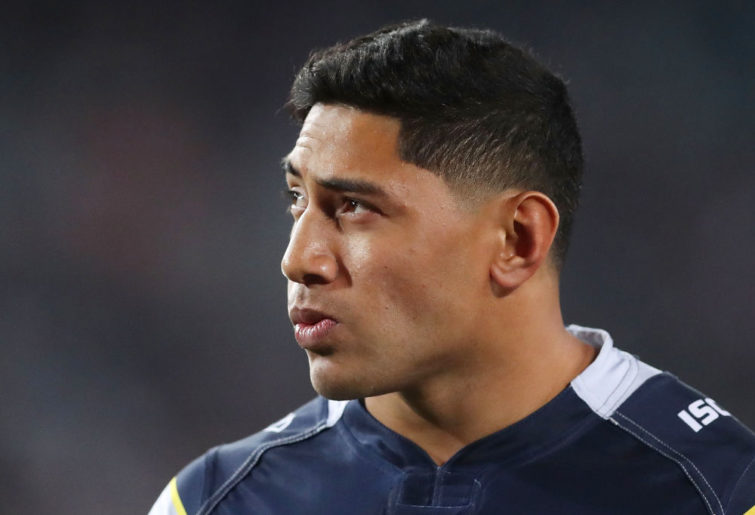 Christian Bale as James Tedesco
He’s currently rugby league’s greatest fullback. He breaks tackles and scores tries for fun. He’s got fantastic natural ability, but has also thrived performing in accordance with Trent Robinson’s script. Tedesco is also a consummate professional who has never had an off-field controversy to his name. For an accurate portrayal, the actor will need to reflect these traits.

Mark Wahlberg as Jack Wighton
He’s been around for a while but had a career-defining season in 2019 and started off 2020 with a bang. Wighton is an exuberant player who would require an energetic actor for a reasonable performance.

Zac Efron as Patrick Carrigan
A young player who has exploded onto the scene at Brisbane this year. Carrigan is a talented man with a bright future, and great hair to boot.

Henry Cavill as Josh Jackson
The inspirational skipper of the Canterbury Bulldogs has been a shining light for the club amid several rough seasons. He’s a tough, no-nonsense player who toils away without receiving many accolades from the media. He’s got a big heart, and an even bigger chin.

Norman Reedus as Brett Morris
One of my favourite all-time players, Brett Morris has been an incredibly consistent performer over his glittering NRL career. Although now in the old man category, he still strikes me as a badass. He does things his own way, like a lone wolf, sometimes against the instructions of his superiors. But every club in the NRL would be thrilled to have him fighting alongside them.

Matthew Fox as Boyd Cordner
The Australian and New South Wales captain has been an effective and tough forward for many years. Therefore, his portrayal will require an actor who is equally effective, and tough. 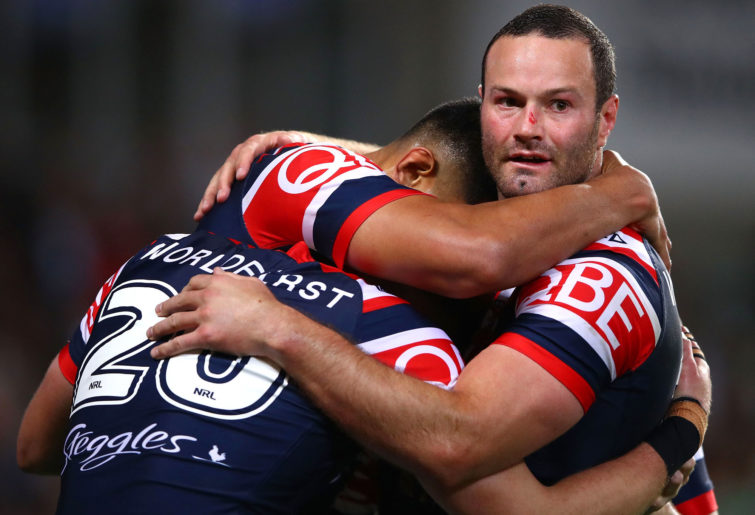 Benedict Cumberbatch as Daly Cherry-Evans
He’s one of rugby league’s nice guys. Always smiling, always jovial. He’s so nice, in fact, that people hate him for it. Although it’s tough to find nice guys in Hollywood, I can think of someone who could fit the bill. They’ll need to be articulate and have a longer-than-average neck as well.

Bruce Lee as Roger Tuivasa-Sheck
The man with dazzling feet and lightning reflexes can step on a dime. Some of his antics are truly ridiculous. He produces feats that cannot be matched by mere mortals.

Tom Cruise as Mitchell Moses
The kid’s got style and spunk. However his performances are somewhat inconsistent, and has a tendency to go missing on the big stage. But just when his detractors are gaining the upper hand, he will win them back with an A-plus performance.

Dan Bilzerian as Josh Mansour
He’s a big man with a great beard. I wonder how he goes at poker?

Ed Sheeran as James Graham
Probably the angriest player still going around in rugby league. While father time might be slowing down this modern champion, it hasn’t changed the way he plays. Full of fire and passion. 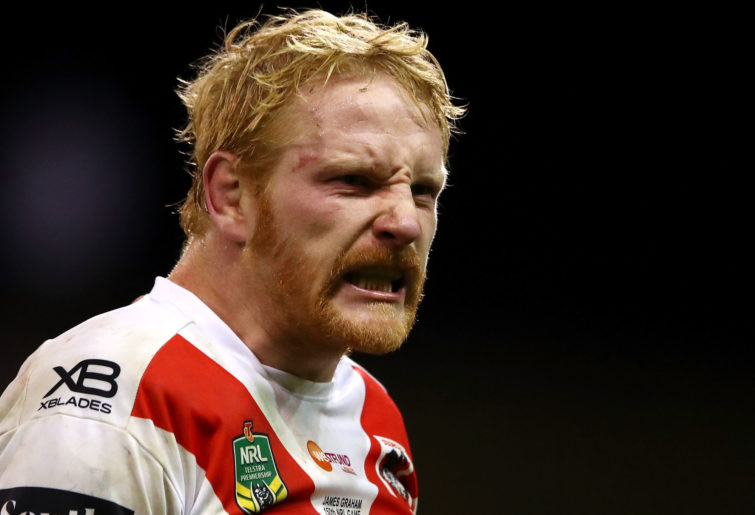 Robert Pattinson as Cameron Murray
He’s the subject of Andrew Johns’ self-proclaimed bromance. And why wouldn’t you love Cameron Murray? He’s brought the small lock back into style, and has the best bone structure in the NRL.

Tom Hardy as Josh McGuire
The notorious one eyed ‘Moose’ is one of rugby league’s greatest characters. While some may view him as a pantomime villain, others see him as a passionate hero who is prepared to do anything to secure a win for his team. But it doesn’t answer why he wears the head tape?

Harry Styles as Kalyn Ponga
He’s the most hyped young player in the game. And the hype is mostly justified. He’s also a comedic genius. Strawberry thick shake, anyone?

Matt Damon as Scott Drinkwater
After watching the Cowboys throughout the 2020 Perth Nines I got to see a lot of Scott Drinkwater. He’s a classy player oozing confidence – he is simply overflowing with the stuff. That is counterbalanced by his haircut, which you can set your watch to. An exciting talent with an uninspiring hairstyle.

Beau Ryan as Benji Marshall
While he may not possess the star power of his younger days, Benji is still one of the best players in the league and an A-list player. He has also had an extensive media career, leading me to think there is only one man who can do his portrayal justice.

In the next edition I’ll cast rugby league’s coaching ranks. 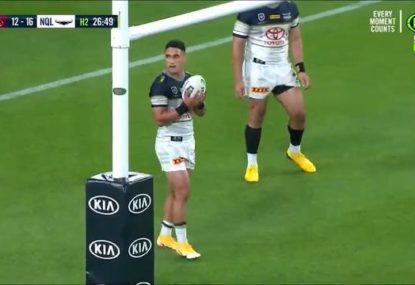 Playing his 337th and final NRL game as his Broncos took on bitter rivals the Cowboys, Darius Boyd took less than 15 minutes to celebrate his swansong with a popular try. 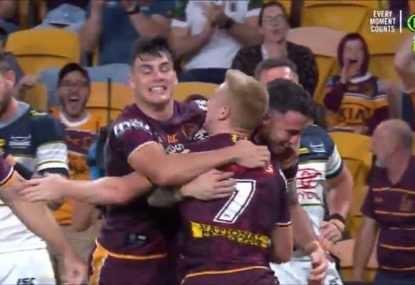 This year’s State of Origin contest will be like none other before it.

Things took a hilarious turn on NRL legends Andrew ‘Joey’ Johns and Brad ‘Freddy’ Fittler’s weekly Footy Tips segment on Channel 9, when it came time for Friday night’s Gold Coast Titans – Newcastle Knights game. With the Titans heading in on a rare four-game winning streak, Joey took the chance to sneak in a […] 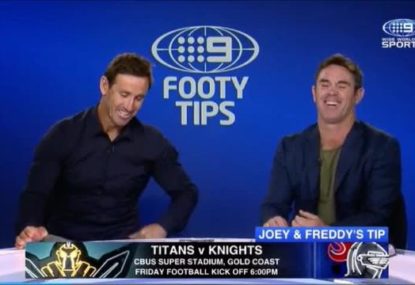