United have made good strides in their inaugural season of A-League football. Although there have been bumps along the way, United have put in mostly solid performances throughout their first season and currently sit just inside the top six on goal difference in sixth.

Having won their past two games 6-2 and 5-1 before the season’s suspension, those results have displayed signs that the team can be a threat to the competition.

Season highlight: 1-0 win against Wellington Phoenix, Round 1
You only get once chance to make a first good impression, and United did that by claiming a 1-0 victory in their first A-League game against the Phoenix. Having left the Phoenix during the off-season to take the United coaching position, and taking Andrew Durante and Filip Kurto with him, Mark Rudan was not welcomed back to New Zealand, but ultimately had the last laugh.

Season low: 3-1 loss against Wellington Phoenix, Round 12
Having beaten the Phoenix in New Zealand in the opening round of the season, they couldn’t repeat that effort in Victoria. Hosting the first A-League game in Ballarat at Mars Stadium, they were beaten by the Phoenix, who won their fourth ever game in Victoria.

End of season bonus: Connor Pain
Back playing in Melbourne, Pain had a solid first season at United, playing as a winger. His two goals and four assists don’t reflect how important of a role Pain played. His link-up play and attacking pressure to set up attacking play was consistent throughout the season. A wage bonus would be nice recognition of his work. 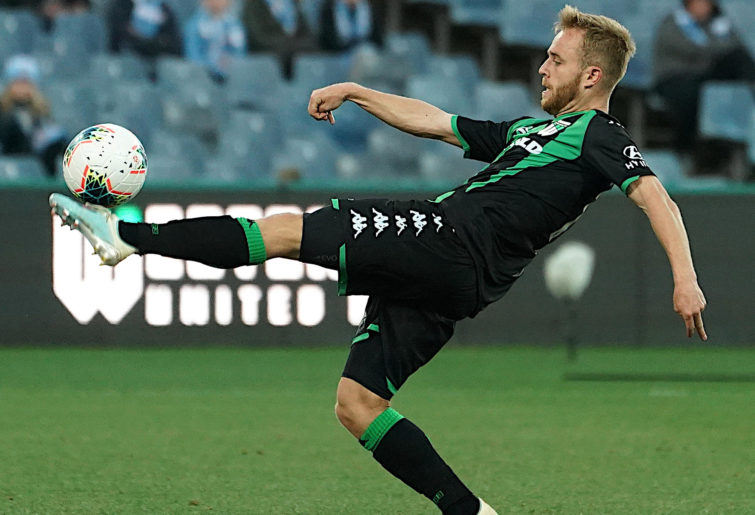 Chopping block: Alessandro Diamanti
This has nothing to do with the player’s quality. The veteran attacking midfielder has put in a good season, scoring five goals and assisting seven. However, at age 36, he’s no spring chicken. He’s coming to the end of his professional career. With the financial situation A-League clubs are faced with, moving him off the wage bill to cut costs would be a good move.

Season score: 8/10
Professional sporting clubs in Australia have been prone to being uncompetitive in their inaugural season. However United have done well in their first A-League season. The players have performed, and the manager Mark Rudan appears to be getting the best out of his players. If they make the finals, it will be a successful first season for Western United.