Hugh Greenwood
You’re going to need a bigger boat, Hugh. Or at least better aquatic creature identification skills if you want to survive in the shark-infested waters of the Coral Sea. In 2019, Greenwood and his partner found themselves in uncharted territory at Port Noarlunga.

“I saw the fin pop up and thought, ‘That’s a strange colour’,” Greenwood said. “I turned back to (my partner) who loves dolphins and said, ‘Look, there’s a dolphin’, but all of a sudden a wave pushed it up and you could see it was a shark”.

Young Hugh – noting that he required his limbs to be an effective AFL player – decided against interacting with said shark.

This wasn’t enough to satisfy Rory Sloane, however, who took the low-key savage approach to motivating Greenwood: “A few of the boys are calling him Mick [Fanning]. He wasn’t a hero like Mick – didn’t punch it or fight it off”.

On a mission to rescue his reputation in an act of marine contrition, Greenwood up and joined the Gold Coast Suns. Watch out, Sea World.

Peter Wright
Two Metre Peter is allegedly scared of heights. There’s a joke in there somewhere, I just dare not say it.

Hopefully for Wright’s sake, you can eventually teach a winning culture. Even if it is by remote online learning. Because poor Peter has a winning record of 19.7 per cent.

The good news is that he’s still only 23, has signed on until 2022, and despite not making an appearance in Round 1, he undoubtedly has the potential to be a high-quality headache for opposition teams.

Matt Rowell, Noah Anderson and Sam Flanders
This trio is brought you courtesy of the 2019 AFL draft. 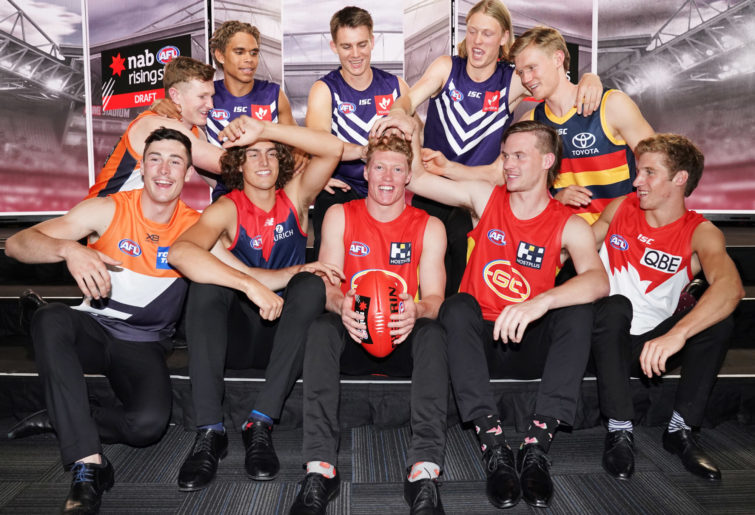 But in reality, these people aren’t important. I’d like to instead take you on a history lesson. A history lesson you’ve heard before, but one that bears repeating until the Gold Coast Suns threaten to hit double digits in the victories category in a season.

In 2011 they had picks 1 and 24. Introducing Jaeger O’Meara (reincarnated at Hawthorn) and Henry Schade (who?). In 2012, Gold Coast had picks 1 and 13. Volunteering as tribute were Jack Martin and Jesse Lonergan. I could go on.

However, Matt Rowell, Noah Anderson and Sam Flanders are set to join a young group. I’m a cynical man, so I won’t pretend a corner has been turned. But at the very least the bend in the road has been spotted.

Winning: what is it good for?
Quick recap. And yes, there will be a test. Gold Coast have played 198 games in their history. They’ve won 47, drawn 1 and lost 150 for a 23.99 per cent winning record. They’ve never beaten Adelaide. Their longest losing streak is 21. The current ledger sits at 19 defeats on the trot.

The AFL must surely be close to implementing a handicap system in Suns games. I attended a game at Metricon Stadium last season. Having kicked their tenth goal early in the last quarter against Essendon, it was announced that Gold Coast members would receive free food as reward. This feat only occurred six times in 2019, so maybe there’s logic to this. But dangling a carrot for success surely requires a slightly higher bar to be set.

On Wednesday, the Gold Coast Suns announced that they were putting four veteran players onto their rookie list, but no major news carrier nor afl.com.au shared the news. This came after the AFL decided late Tuesday that all clubs could demote two primary listed players directly to the rookie list, bypassing delisted free agency and […] 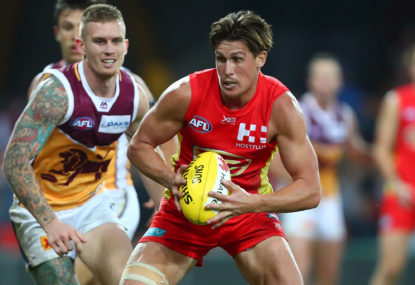