This article covers the top five Test knocks I’ve seen live by a New Zealand batsman in the past decade.

5. Brendon McCullum 202 vs Pakistan – Sharjah, 2014
It’s a miracle that this Test still went on after Day 2 was postponed following the tragic death of Phillip Hughes. Once play resumed on 28 November, New Zealand fought back well as they bowled out Pakistan for 351 from 3-278. In reply, Blackcaps skipper Brendon McCullum played one of his best and selfless knocks.

He was destructive from the get-go. McCullum kept on attacking the Pakistan bowlers. They had no answers on how to get the New Zealand skipper back to the sheds. He smashed his way to a 78-ball century – the fastest Test century by a New Zealand batsman.

After a 51-run opening stand with Tom Latham (13), McCullum formed a whopping 297-second wicket partnership with Kane Williamson (192) as he scored his fourth career double century with a six over long-on. Two balls later, he was bowled by Yasir Shah.

McCullum admitted in an interview with Ian Smith that he was hit the hardest in New Zealand’s squad with Hughes’ death. The pair had played and opened together for NSW in the 2008-09 Big Bash final – showing the great impression Hughes had made on McCullum in just a short space of time of getting to know each other. McCullum played in a carefree approach as others things were on his mind then and that’s what I believe led to such a quality knock by him, which would lead to a famous New Zealand victory in the UAE.

4. Kane Williamson 139 vs Pakistan – Abu Dhabi, 2018
The series decider in the UAE. New Zealand were trailing by 74 runs at the start of the second innings after Pakistan posted 348. Early on Day 4, New Zealand was in serious strife at 4-60.

Skipper Kane Williamson was seeing the damage from the other end and needed someone to dig in with him to stop the flow of wickets.

The Blackcaps skipper was very watchful against the spin duo of Bilal Asif and Yasir Shah. Knowing that seeing the spinners off would be key, Williamson attacked the seam duo of Shaheen Shah Afridi and Hasan Ali. Williamson scored his 19th century off just 154 balls – but he knew that saving the Test was the bigger picture.

He and Henry Nicholls (126 not out) formed a 213 run stand for the fifth wicket before Williamson was dismissed for 139 on the first ball of Day 5.

That partnership not only saved the match for New Zealand from defeat, but it would also lead to a famous victory late on Day 5 as New Zealand won by 123 runs. On an Abu Dhabi pitch that suited spinners, Williamson had nullified the Pakistan spinners brilliantly. It was a real masterclass on how to play spin on the subcontinent without taking any risks.

With the WACA pitch offering absolutely no turn, Taylor went after spinner Nathan Lyon early in his innings to keep the scoreboard ticking. Alongside Kane Williamson (166), the pair put on 265 for the third wicket as Taylor scored his 13th Test ton. He continued to bat aggressively and despite wickets starting to fall at the other end, he scored his second double century as he drove Mitch Starc through the covers.

Australia’s bowlers looked completely average against a rampaging Taylor as he kept on piling the runs. Taylor would be the last man out, caught on 290 trying to slog-sweep Nathan Lyon back to the Swan River.

It had been close to 365 days since Ross Taylor had last scored a Test century. In between those tons, he was averaging 29.5 with two half-centuries. Despite the poor form, he had played the greatest innings of his life against a very good Australian attack.

Sure the WACA pitch may have been lifeless for bowlers, but an out-of-form Ross Taylor took New Zealand to a position where they couldn’t lose the game at all. 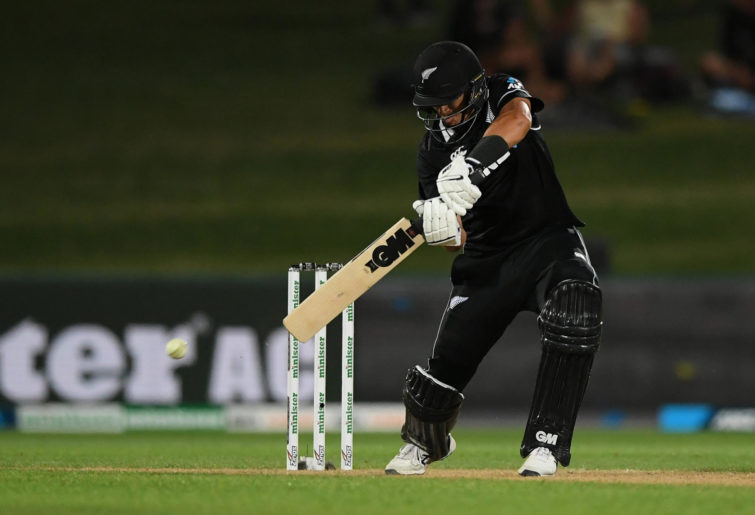 2. Kane Williamson 242 vs Sri Lanka – Wellington, 2015
After being bowled out cheaply for 221, New Zealand trailed by 135 runs against Sri Lanka – courtesy of a Kumar Sangakkara double hundred. Openers Hamish Rutherford and Tom Latham put on a solid opening stand before Kane Williamson walked in at number three.

Williamson looked solid, however, Sri Lanka kept on chipping away with wickets as New Zealand slumped to 5-159 – a lead of only 24 at the time. What happened next was an extraordinary comeback. Rather than slog their way out of trouble, Williamson and BJ Watling kept on grinding the runs.

They had batted until stumps on day three with the Blackcaps 5-253. Williamson was very cautious on Day 4 as he notched up his ninth Test hundred off 243 balls. He notched up the gears as his second hundred runs took him just 191 balls as he scored his maiden double century in Test cricket.

Sri Lanka looked very deflated at not taking a wicket for over 110 overs as they lost in the end by 193 runs in the second session of Day 5. Williamson showed tremendous patience and skill to remain not out after batting for over 150 overs and 623 mins. I believe this knock led to the New Zealand selectors choosing Williamson as Brendon McCullum’s successor over the likes of Tim Southee and Trent Boult.

1. Brendon McCullum 302 vs India – Wellington, 2014
There’s just something about New Zealand batsmen and playing quality knocks at the Basin Reserve isn’t there? In their second innings, New Zealand were in serious strife at 5-94, still trailing by 152 runs. An innings defeat seemed to be imminent for the Blackcaps. Skipper Brendon McCullum had other ideas.

McCullum was unusually very watchful compared to his aggressive nature – he took 146 balls to reach his fifty. He started to play with more intent after his fifty as he scored his ninth Test hundred off 197 balls. McCullum and BJ Watling (124) put on 352 for the sixth wicket as the Kiwi skipper reached his third double century of his career.

He built a 179-run stand with debutant Jimmy Neesham (137 not out) as he cut Zaheer Khan away to become the first New Zealand batsman to score a triple century in Test cricket. He would be dismissed two balls later as his marathon innings had finally come to an end.

McCullum’s knock had lasted five minutes shy of 13 hours. When he came in, there were nervy faces across the Basin Reserve and when he got out, he received a standing ovation from the crowd. New Zealand didn’t win the Test match, but they had won the series.

Halfway through Day 3, everyone expected an Indian win. Yet McCullum alongside crucial innings by Jimmy Neesham and BJ Watling denied that feeling of victory for MS Dhoni’s men.

I think the way McCullum led from the front as skipper and as a batsman in that series against India gave New Zealand fans hope that they could achieve something special under him. He may have not been the most consistent batsman, but boy did he play the greatest Test knock by a New Zealand batsman.

He brought back pride in the Blackcaps jersey after a few years of turmoil and put smiles back on the faces of New Zealand fans. For me, he is New Zealand’s greatest skipper unless Kane Williamson wins a World Cup in his captaincy stint.