Picking an all-time best Australian cricket team is an easy task, with the only debate being those who are left out.

Coming up with a list of players never to play for their country is a much harder ask.

While half of these names are obvious, most of them are contemporary players. Looking back in time gets a bit harder.

Michael Di Venuto was a fine left-handed batsman for Tasmania in the ’90s. While he did play nine one-day internationals, his first-class batting record had him amass over 24,000 runs at an average of 46.

Jamie Siddons was a shoo-in due to his outstanding record as a run-scoring machine for Victoria and then South Australia. With only a single one-day international to his name, he scored 35 centuries and 53 half centuries in an outstanding first-class career that has transitioned into a post-career coaching stint in Bangladesh and Wellington in New Zealand.

Jamie Cox was another Tasmanian unlucky not to get the call from the national selectors. Drafted by the Essendon Bombers in 1987, Cox focused on cricket after not playing a senior game at Windy Hill. Averaging 42 with 51 first-class centuries, he was unlucky to miss out on a Test cap.

David Hussey, like his brother Mike, was a player who worked hard, squeezed the lemon hard and got everything out of his natural ability. He was rewarded with 69 one-day internationals for his country but this never transitioned into a call-up to the Test arena. A bat for hire around the world, he is now a mentor in the Indian Premier League. 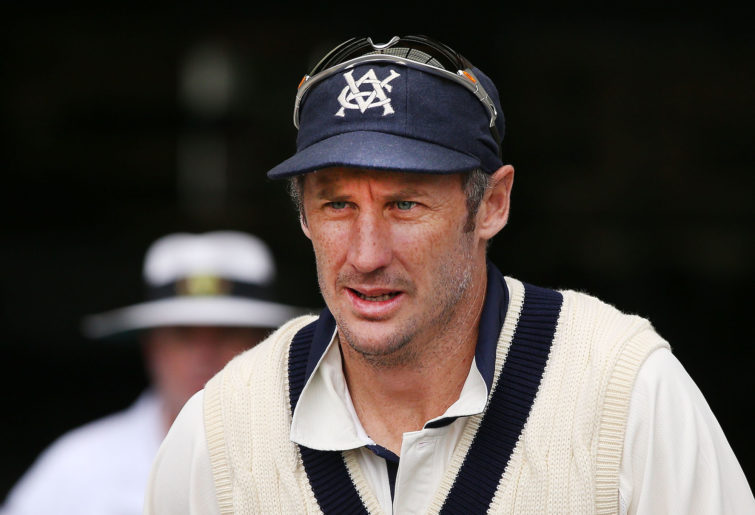 While never playing international cricket, Darren Berry was a stalwart in the Victiorian sides of the ’90s. With 603 dismissals to his name, the talented keeper was never going to displace the incumbents but he would have been a decent stop-gap if needed.

Sam Trimble was a right-handed Queensland all-rounder. Averaging 43 with he bat, his top score was an impressive 252 not out against New South Wales in the summer of 1963-64. Unlucky not to get a call-up, he was kept out of the team by openers Bill Lawry and Bob Simpson.

Eddie Gilbert was our greatest Indigenous player not to play Test cricket. Maybe not surprisingly for the times in which he played, he was controversially overlooked when we look back with modern eyes. He famously dismissed Don Bradman in 1932 when playing NSW. In retirement, Bradman described the first five balls he faced from Gilbert as the fastest he had faced in his career.

Wayne Holdsworth was a fast bowler hailing from the Bankstown club that also included the Waugh brothers in its side laden with NSW reps. The three-time Sheffield Shield winner was an Ashes tourist in 1993 but never played a Test. ‘Cracker’ took 212 first-class wickets in a state career that lasted eight years. He also went to Hampshire in 1990.

Spinner David Hourn was unlucky to miss national selection at the height of World Series Cricket. This may be due to Ian Chappell’s opinion that he was not a talented cricketer. Regardless, he took 164 wickets at 28.71 with best bowling figures of 9-125 against Victoria.