Are these rugby league's best-ever commentators?

Rugby league is a fast-moving game that produces a kind of passion among its fans that few other sports can replicate.

To bring this excitement to the radio listener and to enhance the pictures for the television audience rugby league needs a commentator who can bring out what they see on the field.

Ray Warren is the doyen of world rugby league commentary. After being sacked by Channel Ten in 1986 he reinvented himself on the Channel Nine coverage of the game and is still going strong into his 70s. Rabs is the standard all others try to emulate. 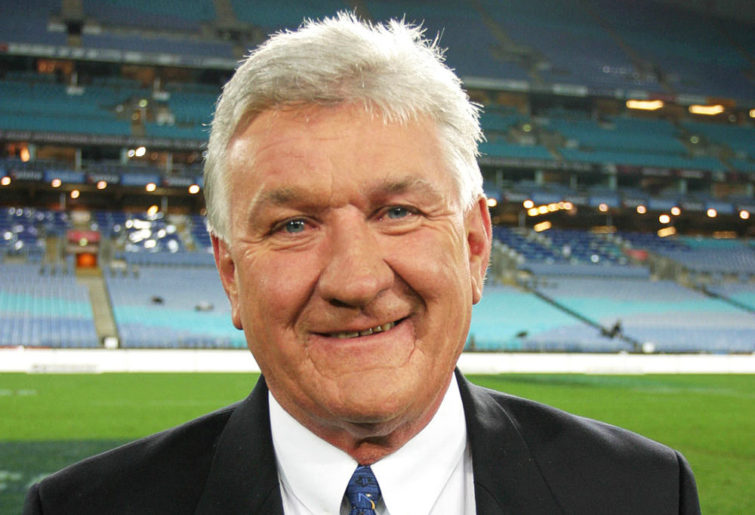 Rex Mossop took over at Channel Ten when Ray Warren left but had a rich heritage with Channel Seven before that. With pipe in hand he was the master of the tautology. You either loved or hated Rex, but the Manly great could not be ignored.

Frank Hyde famously broadcast from the sidelines in the old days with sidekick Col Pearce. A North Sydney premiership winner, Frank was a standard all others in radio looked up to.

Ray Hadley has used the sideline card table gimmick when calling games from the underused SCG for effect. Hadley started the famous Continuous Call Team in 1986 with Ray Price and later John Gibbs but fell out with both. A decorated caller of most sports, Ray Hadley had success at 2UE and effortlessly transformed that when he went to 2GB. So good was the show that they constantly won the radio ratings even when they didn’t have the rights to call the game.

Peter Peters and Greg Hartley were the kings of radio rugby league calling pre-Hadley, starting on 2UE. Full of bluster, the former Manly forward and the referee were highly entertaining and had a very loyal audience.

Ray French is an icon of rugby league broadcasting. The BBC legend played 330 games and represented Great Britain in rugby league and rugby union. A talented broadcaster on both radio and television, he retired in 2019.

Eddie Hemming was a long-time Sky Sports commentator in the English Super League. The pay-TV broadcaster had a long-time partnership with Mike Stephenson, who spent the off-seasons in Australia, where he had a stint as a player.

Tiger Black was in the Frank Hyde mould but played only two games for St George. A rival to Hyde on Sydney stations 2UW, 2UE and later 2KY, Black was one of the great callers in the 1950s and 60s.

Darrell Eastlake was the voice of State of Origin in the 1980s. Also know for his excitable weightlifting calls, Eastlake had a memorable calling partnership with the super coach Jack Gibson.