The five most feared fast bowlers Australians have faced

While most international cricketers who played against Australians in the late 1970s would nominate Jeff Thompson as our most feared bowler, who do we regard in the same light?

Thommo had his famous sand show crusher, but did our opponents have anything in their armoury besides pure pace?

This is a shortlist of five of the world’s most feared bowlers Australians have faced in Test cricket over the years. It is designed to generate debate, and as it’s limited to five, it’s therefore not a definitive list.

Harold Larwood is most famous as the bodyline bowler whose sole mission was to limit Don Bradman’s ability to post scores in the Ashes series of 1932-33. Hand-picked by England captain Douglas Jardine to bowl fast leg theory, which gave the batsman little choice but to shy a catch or get hit, he was hated by the Australian cricketing public.

A riot almost broke out in Adelaide when he hit and floored Bert Oldfield, which led the Australian captain to remark, “Two teams are on the field but only one is playing cricket”. 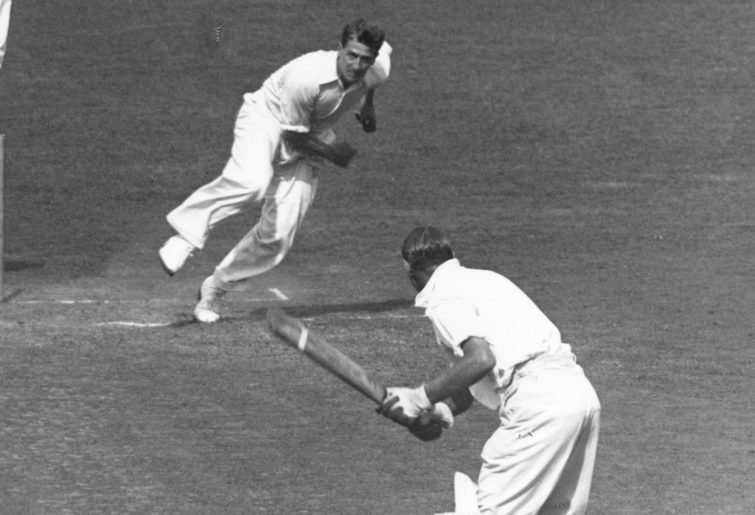 Fred Truman took over 300 Test wickets for England and was a fearsome sight to the world’s batsman in the 1950s. The Yorkshireman is in the greatest England side of all time as voted in 2018 by the ECB. His credo was that he played to win, and with the pace he generated on uncovered pitches, he often did.

West Indian great Michael Holding would often start his run near the fence and earnt his nickname of ‘whispering death’. As part of the feared Caribbean fast bowling line-up of the 1970s and 1980s his smooth action helped create lift off the pitch, which intensified his pace. A veteran on 60 Tests, he took 249 wickets at 23.68.

Shoaib Akhtar was arguably Pakistans fastest ever bowler. In the 1990s he and Australia’s Brett Lee fought it out as the world’s fastest. The'”Rawalpindi Express’ clocked a speed of 161.3 kilometres and hour at the 2003 World Cup, which has been recognised as the fasted recorded ball ever. No batsman looked forward to his skipper throwing him the ball and telling him to, “Let ’em rip, Tiger”.

‘White Lightning’ Allan Donald is an ICC hall of fame inductee from 2019 who look 330 wickets in his 72 Tests. Making his debut in 1992 when South Africa returned to international cricket after the abolition of apartheid, Donald was one of the world’s most feared exponents of the bouncer, which had most of the world’s top bats bend their back in retreat. A hero to a nation and one of the world’s great bowlers.