But the year is less than six months old and the tour is in danger due to the COVID-19 pandemic. With the idea of the tour being scrapped, there’s now a major question mark over the idea of Australia making the trip to play Super League’s Toronto Wolfpack in Toronto at BMO Field as a tour tune-up.

Yes, the chance that this game may not happen this year is real, but please do not scrap this game; postpone it as part of the tour or as a separate thing.

In less than a decade we’ve gone from having no sides North America to there being three playing some of the highest-standard international rugby league systems, with Super League’s Wolfpack but also the Ottawa Aces and a New York club set to enter England’s RFL League 1 in 2021. 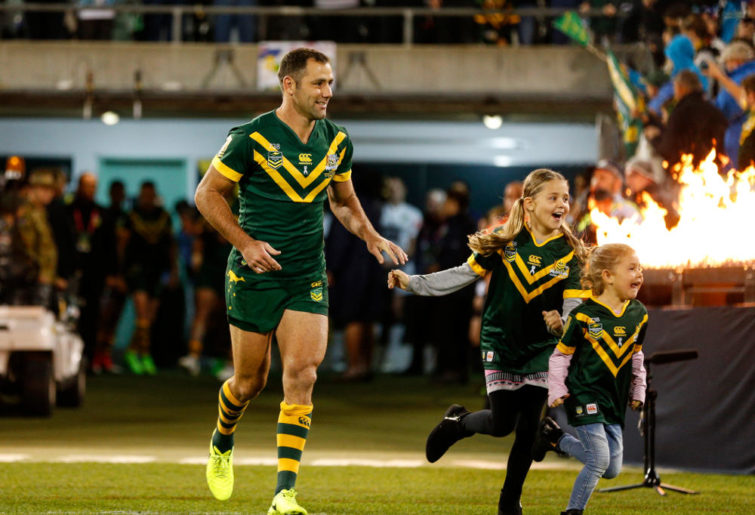 This is growth that the game has to build upon. We can’t see that stunted by ripping up plans to bring one of the world’s best teams into a country that could help take the sport to heights never before known.

I’m not saying to play this game without fans this autumn if it’s not safe to have a crowd. What’s the point if a new market to the sport can’t see the best of the game in person? Maybe the game can happen in 2021 or 2022 if enough travel restrictions are lifted.

Whatever you do, do not wash your hands of this historic moment. Yes, scheduling will not be easy between Super League and NRL’s altered calendars due to both leagues being on a suspension, doubly so with the World Cup coming up, but there has to be a way to get this done.

Yes, The World Cup is important and has to have its space to happen – I’m not advocating to change that any more than it already has been – but what if either in 2021 or 2022 we look at changing the schedule of both the NRL’s and Super League’s Magic Round and Magic Weekend to allow this game to happen? What if for one year we pause State of Origin for Toronto and Australia to happen?

We need to look at the jet lag and time adjustments for travelling to North America and back, but for the long term this has the potential to be a true ‘I remember when’ moment for the game.

I know some readers will roll their eyes at both suggestions, but how can we look at growth without ever doing something new?

North America has taken to the game like fish to water, and to pull out on those plans would be detrimental. The Toronto Wolfpack over their first three seasons of existence has averaged well over 6000 fans to Lamport Stadium in a very crowded sports city.

The potential TWP vs Australia game could also be more than solely a game at BMO Field. Why not have Wolfpack and Australian players helping run youth camps with Ontario players beforehand? Have autograph sessions so fans can close and personal with the likes of a Josh Addo-Carr, Damien Cook or Latrell Mitchell?

I’ve talked about before on The Roar about being able to watch these stars on TV in Canada, but think about what it can do if we can get these players in front of elementary, junior high and high school players in the Toronto area?

Players shouldn’t be the only ones experiencing Canadian culture. This is a chance for various Nine, Fox, Sky Sports and Free Sports shows to broadcast from various locales across Toronto before and after the game to show an audience in both Australia and the UK what the largest city in Canada is like.

Cross-promotion with the other local Toronto teams could be at play with a game like this. How big would it be to have Kyle Lowry and Serge Ibaka of the Toronto Raptors doing a promo for this game? What about Toronto Maple Leafs young star Auston Matthews promoting the game on the team’s Twitter account, which has close to two million followers? You can’t tell me this wouldn’t have some impact.

The NBA, NHL, NFL, and MLB have taken steps for years to get their product out to different markets around the world, including like Asia, Europe, and Australia, as they see how important it is to reach these areas beyond their borders to grow as global entities.

The tune-up game has to be a priority in the growth of rugby league’s future. Not making Round Zero in California happen was a major blow, now not converting on a city that’s run with the ball as an expansion market wouldn’t be good.

Our timelines have been altered in every sporting aspect, but if there’s a window for this to happen, it must be full steam ahead to a possible new era of the sport.

In 2019, the Kangaroos re-aligned their pathway to match the NRL’s move away from an under-20s focus. The Holden Cup was made defunct in 2017 and the NRL pushed the under-20s systems back to state-based competitions. This transition emphasised the importance of senior football in the Queensland and NSW competitions before making the move to […]