Reflecting on the legacy of Todd Greenberg

When a new Chairperson is appointed to any company, it is not uncommon for there to be a change in Chief Executive Officer.

For some reason however, I was still shocked when it was announced yesterday afternoon that CEO of the NRL, Todd Greenberg would be stepping down effective immediately.

I’m not sure why I was so shocked. Greenberg has been ruthlessly pursued in the media over the last month and the papers have been rife with speculation about his role.

The pursuit has been relentless and has left many questioning why Greenberg was so on the nose particularly when he was so proactive about pushing relentlessly to bring the game back to screens as soon as possible.

But rugby league is a political game and perhaps yesterday was simply a demonstration of the strength of some of rugby league’s powerbrokers.

There was controversy surrounding his handling of various indiscretions committed by former player Ben Barba, while Greenberg was CEO at the Canterbury Bulldogs.

In recent weeks, there has also been criticism of the size of the workforce at NRLHQ and comparisons to the amount of staff at NRLHG versus the EPL (although I’m not sure whether that is an appropriate comparison given the number of development officers employed by the NRL and a lack of clarity as to whether that number includes staff at NSWRL and QRL).

However, when I reflect on the legacy of Greenberg, I see plenty of positives and think that he can certainly be proud of a job well done. 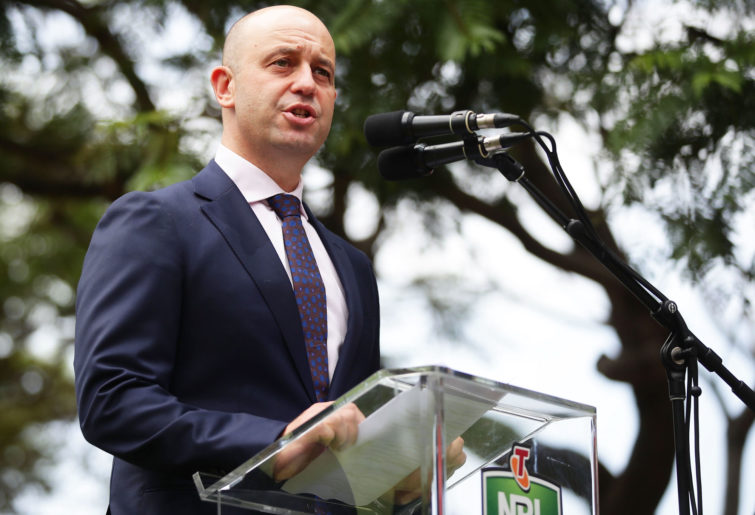 There has been plenty of criticism of the way the NRL has handled its money, but this year the NRL posted its second straight surplus over $30 million which allowed a $10 million investment in grassroots rugby league.

The game has been innovative and taken the sport to new parts of the country. While prior to Greenberg, there had been plenty of discussion about moving State of Origin to other states, we saw a game moved to Perth last year with an intention to play a game in Adelaide this year, had COVID-19 not occurred.

He was never in the back pocket of the media. He spoke his mind and made time for fans when he could. I recall him and Peter Beattie doing ‘fan first’ forums at several games, where the two men would appear together in front of the fans and simply take their questions. 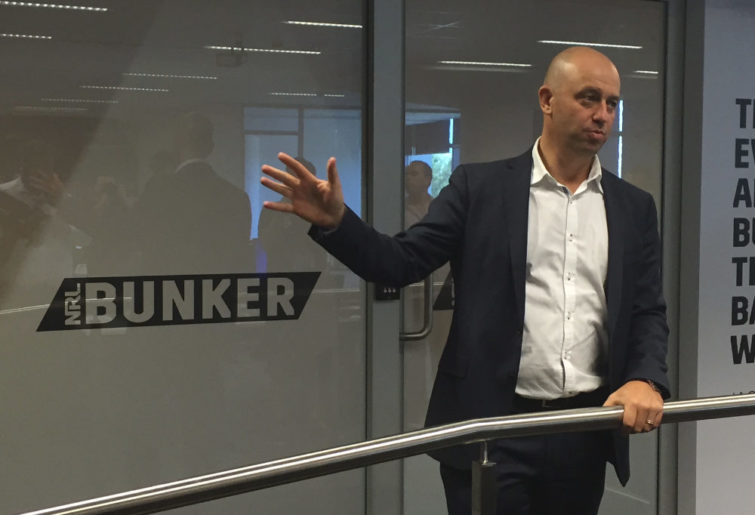 Todd Greenberg at the launch of the NRL Bunker. (The Roar)

The game has also become more inclusive under Greenberg’s watch. I reflect on so many special moments, but perhaps none more special than the decision to have Macklemore play at the NRL grand final in 2018 in front of signage which put the NRL’s values of inclusivity and diversity on show.

But for me, his greatest achievement of all will be the strides that the women’s game has taken. In the last three years we have seen names like Kezie Apps, Sammy Bremner, Ruan Sims and Ali Brigginshaw skyrocket into popularity.

The women’s game has its own established competition, a stand-alone State of Origin and people now recognise just how talented these women are.

But most importantly there has been a real sense that the NRL has created the competition with the players’ views at the forefront. The women’s game is a jewel in the NRL’s crown and I will always be indebted to Greenberg for his leadership in this space. 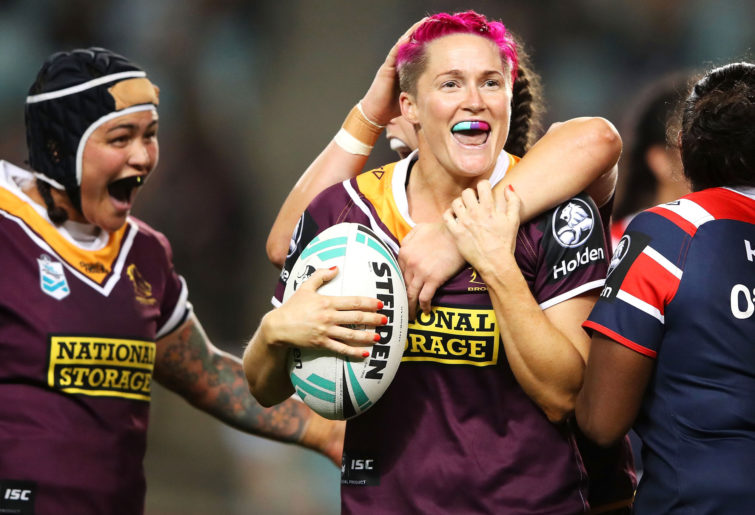 Chelsea Baker of the Broncos (Photo by Mark Kolbe/Getty Images)

Greenberg was someone I considered a friend.

The thing I appreciated the most about Greenberg was that he was an ordinary man who loved rugby league.

I’ll never forget the first stand-alone women’s NRL Premiership match held at Leichhardt Oval. Whilst many watched on from the NRL box at the top of the Norm Robinson Stand, Greenberg watched from the hill.

He sat on the grass enjoying the spectacle just like any other fan would. The game brought him plenty of joy and I am genuinely grateful to him for his service to our game.

I wish him well. I thank him for his leadership, advocacy and passion for rugby league.

Tomorrow may well be the first day in seven years, that Greenberg can sleep in and wake up without thinking about rugby league. I hope he enjoys that moment and can reflect on the legacy that he left behind.