Select your Socceroos squad for a very busy 2021

The Socceroos’ World Cup qualifiers set down for late March against Kuwait and Nepal, as well as June match-ups with Chinese Taipei and Jordan, have been logically postponed.

Sadly, COVID-19 takes no prisoners, not even FIFA and exactly when Australia’s green and gold male football team is destined to take to the pitch again is anyone’s guess.

All the while the domestic game appears either on the doorstep of considerable change or collapse, depending upon to whom you speak.

If Foxtel did indeed refuse to deposit A$12 million into the savings account of FFA last week, they will now likely call foul on the lack of A-League content, cite breach of contract and finally walk away from a broadcast deal which they appear to have been desperate to escape for some time.

Should that be the case, what will follow is the $64,000 question and only the full course of time will unveil exactly what Australian and world football will look like in a post COVID-19 environment.

Graham Arnold cannot be too concerned with such unknowns. FIFA will, once permitted, have its caravan back up and running in a flash.

World Cup Qualifying schedules will be re-jigged briskly and it is more than possible that the Socceroos will be asked to front up for their four remaining matches in the second stage of their qualification campaign before Christmas.

As a fan and considering what we are all currently experiencing, with no football to watch and amidst a constant state of uncertainty and fear, the idea of seeing the boys back on the pitch in national colours is a tasty one.

The last time they did so was against their old nemesis Jordan at the King Abdullah II Stadium in Amman on the 15th November, some five months ago. The squad that travelled for the match was as follows. 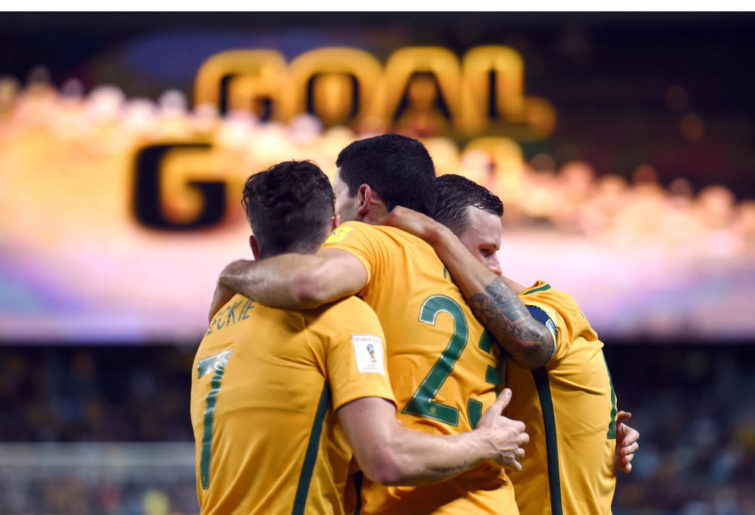 It was a 24-man squad, balanced between experience and opportunity and one that found the winning goal through a likely means, South Korea’s most recent golden boot winner Adam Taggart.

Since, the players will have been giving their treadmills a considerable working over, utilising their home gyms and fighting off the boredom hunger that, if social media is anything to go by, has ravaged many people around the globe. When they do receive the okay from FIFA, FFA and a call from Graham Arnold, the players will need to be physically and mentally ready for the challenges ahead.

With what now looms as an accelerated qualification campaign for Qatar 2022, there will be little wriggle room for error.

Nations all around the world with dreams of qualifying will need to get things right quickly in order to achieve the results they require.

Thankfully, Australia has earned four wins from as many matches and should canter into the next phase of qualification.

In the next round, South Korea, Japan and United Arab Emirates loom large, along with the Iranians and Saudis. In addition Uzbekistan, Iraq and Syria appear likely to qualify and just four countries will automatically do so; the top two from each pool of six.

It will all be upon us sooner rather than later, particularly if international borders remain closed into the early months of 2021. Then Arnold must select his squad, with near 60 men in the hunt for a role in the final phase of qualification and the World Cup itself.

So who should it be? There will be tough decisions around the front line, with experienced names like Mathew Leckie and Robbie Kruse being challenged by a new brigade including Martin Boyle, Awer Mabil, Brandon Borrello, Nicholas D’Agostino and a hopefully fit Daniel Arzani.

Massimo Luongo, Aaron Mooy, Tom Rogic and Jackson Irvine seem likely men in midfield, yet Kenneth Dougal and James Jeggo also appear to be greatly admired by the coach. What of the excellent form of Luke Brattan and the stunning skills of Reno Piscopo?

Mathew Ryan is a lock between the sticks as the best gloveman we have. Andrew Redmayne and Adam Federici also made the trip to Amman, yet has young Melbourne City shot stopper Tom Glover done enough to be invested in at such an early stage of his career or does Mitch Langerak deserve another chance in national colours.

So what is the best Socceroos squad available to the manager right now? Well here is your chance to have a say and create some healthy debate.

Use the sheet below to make your selections and assemble a squad of 23 (the number of players Bert van Marwijk took to Russia) for the third round of qualifiers in 2021.

I’ll collate the results and confirm the squad you have chosen on Thursday.