Ten 'you had to be there' moments in Australian sport

Australia has provided a litany of incredible sporting memories. How many times have we sat in front of the TV, witnessed something spectacular, and said, “Gee I wish I was there!”

You’ll notice the list is of recent activities, which reflects both my age and desire to keep my list to events that I experienced in some capacity.

You tend not to quickly recall the times you witnessed a loss, but any cricket fan knows that they watched something special that day. Watching a pulsating Bullring celebrate that win has made me want to go tour South Africa ever since.

The best game of one-day cricket I’ve seen on TV – even if it meant staying up until 3am. How often does Ricky Ponting score 160 off 100 and yet is upstaged?

A scorecard that hasn’t come close to being matched, even though the game has become more batting friendly. A complete one-off.

We didn’t just watch a man win a boxing match, we saw a man who lived the dream of millions: an unsung-hero school teacher transformed into a superhero.

The fact the American commentators were appalled by the decision just makes it even better. Not the biggest fan of boxing, but I absolutely respect that moment. 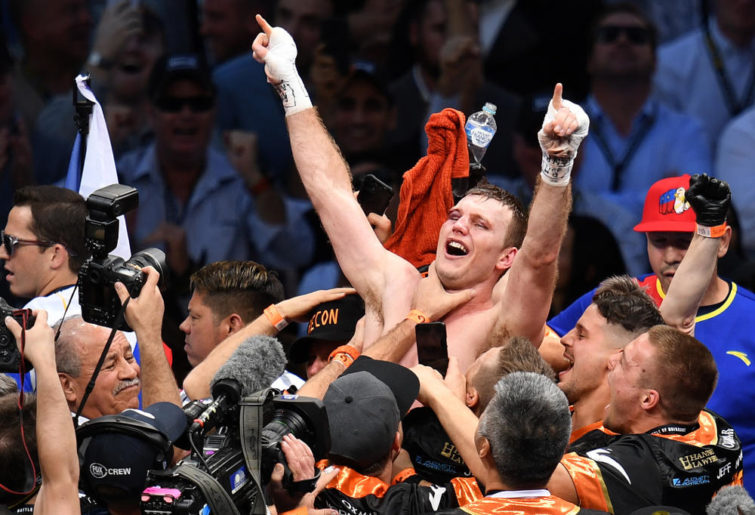 8. Adam Scott wins the Masters
The Masters crowd (and the sound engineers for the TV broadcast) know how to produce an amazing roar at a golf course. Can you ever remember a roar so loud for a non-American at Augusta?

Adam Scott finally got the monkey off the back of every professional Australian golfer (and amateur hack like me) by winning the Masters.

And Scott fulfilled the brief of a first-time Australian winner – by doing it the hard way.

No, we don’t win things easily, we Australians. We need drama, we need tension, we need to make it harder than it needs to be. And that’s why we remember it better, and why we wish we were there!

7. Cadel Evans enters Paris in the yellow jersey
Cycling is one of the great made-for-TV sports, so it’s difficult to wish you were ‘there’ when ‘there’ is pretty broad in this context.

But this was one of the most spectacular individual feats by an Australian.

Yes, cycling is a team sport, but it’s a team sport of individual performances and Evans rode like a man possessed for three weeks in a team that was not the strongest.

I wrote recently of his single-handed chase of Andy Schleck up the Col du Galibier to stay in the race. It was remarkable.

He kept a nation up for weeks.

6. Steve Waugh’s perfect day
The SCG wasn’t even full that day, but like Cathy Freeman’s night, I swear the ground held about 250,000 judging by the amount of people who insist they were there for this one.

I saw the innings on the TV. It was something you could only make for TV to be honest. A man badly out of form, people certain this was to be his last series, stuck on 28 centuries and one behind Don Bradman, inching his way to 10,000 runs.

Starts his innings just before tea, chalks up a 50, passes 10k runs, looks in top nick. These are the type of innings you don’t want interrupted by stumps.

On 98 at the last ball of the day, he dispatches Richard Dawson through the covers. Cue a huge cheer.

With the passage of time, I don’t think that fondly of Waugh’s career now, but as a kid he was my hero.

5. Western Bulldogs beat GWS
This is for the purists, so please indulge me. I’m not a fan of either team (although, like everyone, I have a soft spot for the Doggies), but I take my cap off to these two teams, who played the greatest, most intense match of AFL I’ve seen.

I watched this one in a bar in Hong Kong among Australian expats and others who were just chewing away a lazy late Saturday afternoon. By the fourth quarter, everyone (including those with zip knowledge of the game) knew that this was a gem.

Two teams that kept changing the lead with everything on the line, no team giving an inch of ground in front of a surreal, pro-Bulldogs crowd at an away game.

It was a sell-out but small crowd, yet the atmosphere was like a full MCG with a make-believe roof.

4. The Sharks turn off the porch light
I’ve been to eight NRL grand finals and went to this one as a decidedly neutral fan. Thank the big man I was – I’ve never seen an atmosphere like that. I’ve also never seen such an overtly one-sided crowd, as this was a 90 per cent Sharks crowd, both the faithful and the bandwagon support.

The crowd was absolutely a factor in getting Cronulla over the line. That incredible roar when the final tackle was made, followed by countless repeats of “Up, up Cronulla”, none of which were sung with any less gusto.

I’ve never heard a crowd like that at a rugby league game. What made it better was that it was a cracking game of hard, intense footy. 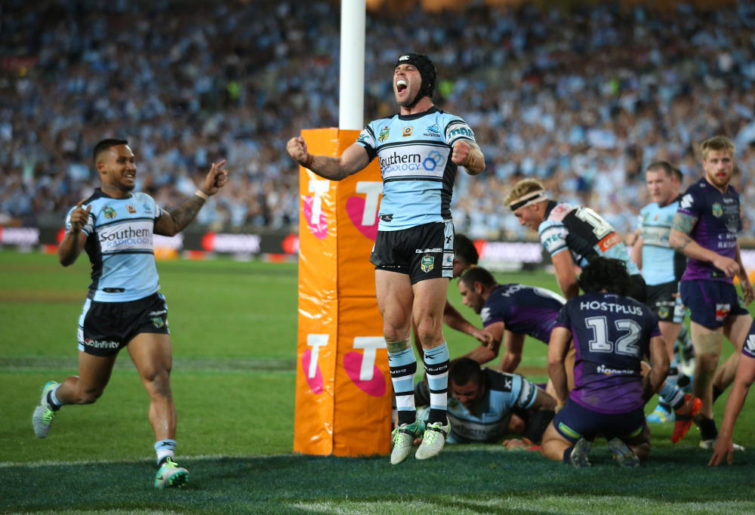 3. Tony Lockett kicks his 1300th goal
If we are lucky and time it right (and his body holds up), then people might just have a chance to witness what will absolutely be the last time this happens: an AFL player – in this case Buddy Franklin – kicking 1000 goals and unleashing a pitch invasion.

Peter Hudson, Jason Dunstall, Tony Lockett, Gary Ablett, Tony Modra, even Brian Taylor could put a 100 through the sticks in a year. You just needed to keep an eye on the count and make sure you went to the right game.

But no pitch invasion has come close to matching the day when ‘Plugger’ kicked goal number 1300. I’ve never participated in a pitch invasion and I’m too far from Australia to think I’ll be at the SCG live if Buddy gets to 1000.

I watched this one on the TV with intense jealousy. This was the pitch invasion to end all pitch invasions. I wanted nothing more than to say I was there for that. A couple of my friends did. They swear going to a Swans match has never been the same since.

The AFL recently uploaded a better definition version on YouTube. Watch it. Relive it. Do what you can to be there when Buddy kicks 1000. We won’t be seeing this stuff ever again.

2. Cathy Freeman wins the 400m in Sydney
Stacks and stacks of seriously good Olympic moments at the Sydney games. People who were at the swimming on night one never ever stop talking about Ian Thorpe winning and then the men taking the relay gold – and for good reason.

For Cathy’s night though, that was bigger. And everyone talks like they were there.

I was. As in, I actually was there – not one of the 5.4 million people and counting who claim they were! In the dozens of times I’ve gone back to Stadium Australia, I find a way to drop that into conversation. Everyone does. I can still remember the seat I was in.

The amount of times I see this make a top-three sporting moments list where people talk about how they wish they could have been there and knowing I was… I love it.

1. Socceroos beat Uruguay
For a sport that is not the primary sport to follow for many Australians, it is staggering how often the Socceroos make the top of a list. No exceptions here.

We all know the story, we all know where we were, but our anecdotes pale in comparison to anyone who was there.

The tension and then the absolute joy. An unrivalled moment in Australian sport. A perfect evening.