5. St Kilda: Two wins, four losses at 90.6 per cent
One of the highlights about this team this year was bringing football back to Moorabbin. The Saints were one of the new kids on the block and showed some promising signs for the future. They showed the competition some of the talent that is playing in the VFLW league as they got elevated into the new side.

They are a team that seems to be missing that depth of experience or polish to finish out games.

The best game was undoubtedly their last game of the season before ending due to coronavirus when the St Kilda ladies ran rings around Richmond. They only allowed Richmond three behinds. Their defence held up strong and didn’t allow for anything to get past them.

Going forward their pressure and hunger around the ball was dangerous and it showed, allowing for one of their own to bag three goals in Caitlin Greiser.

This was a team that gelled so well and you could see it on the park, most of the team had played alongside one another at the VFLW level in various teams. Their defence across the ground was impressive, showing that going forward is the area to focus on in the off-season.

St Kilda struggled to find another inside-50 target when going forward but Greiser is a star in the making. She took out the AFLW’s leading goalkicker in her first season. She’ll need support in the future.

Clubs will target her and so they’ll need to find that second and third outlet to be able to score goals.

They are a young side that needs to keep growing and developing as a team. The more games they play as a solid group with minor injuries and minor list changes, the better they will become.

St Kilda are a team to watch in the future. Although they only managed two wins in their first season they have shown signs that they can be a premiership-winning team. 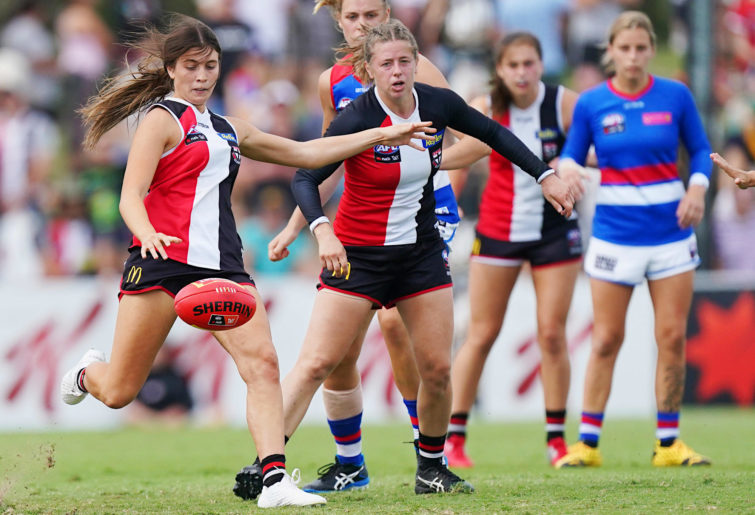 6. Western Bulldogs: One win, five losses at 72.8 per cent
Change is one word to describe the Western Bulldogs’ 2020 season. Losing their coach as well as some of their best players and best and fairest winner in Monique Conti, everyone expected the Bulldogs to struggle. Change was occurring, players needed to step up and the coaching staff needed to create a new game style.

With only a win in the bank, it was hard to see how they were travelling with all the changes in 2020. Their best performance came against Fremantle as it was the highest-scoring match in the competition, but sadly they weren’t able to run away with the win.

Their win came against newcomers St Kilda, where they won by 25 points which was due to them having a massive first-quarter that made it harder for St Kilda to come back from and get the game on their terms.

The Dogs are going through a shift in power. The youngsters started to step up and start to find their best form. Their backline seems to be getting better each game they played together.

Having Izzy Hungton as a defender was one of those changes made at the Dogs and she seemed to have settled in well down back, helping with the rebound of halfback to the wingers very nicely when they were able to get the game in their terms.

They were a team that got better as the season went on. Their best game was sadly their last due to the coronavirus shutdown. The Western Bulldogs were able to play the football style they wanted and trusted one another and backed every decision up as well, whether it was playing on or handballing more through the midfield.

However, they need to find some more depth in their midfield so that they aren’t relying on the same two or three players to get the ball out.

It’s surprising to see two years on from their premiership win how much the team has changed and how much improvement that needs to be done to be able to play at the same level they once did. Hopefully, the next generation of Dogs can continue to build, grow and develop to potentially become premiership-level sometime soon.

7. West Coast Eagles: One win, five losses at 32.1 per cent
The West Coast Eagles were another team new to the AFLW season and they only managed to win one game as they were a team that struggled to hit the scoreboard as well as defend. They had their fair share of thumpings but also had many positives that the future does look bright for them.

13 players debuted for the Eagles this season, but it is a lot of young talent that needs AFLW game-time experience. The more games this team gets, the more their game style will develop and the more they will be in games and potentially win them. 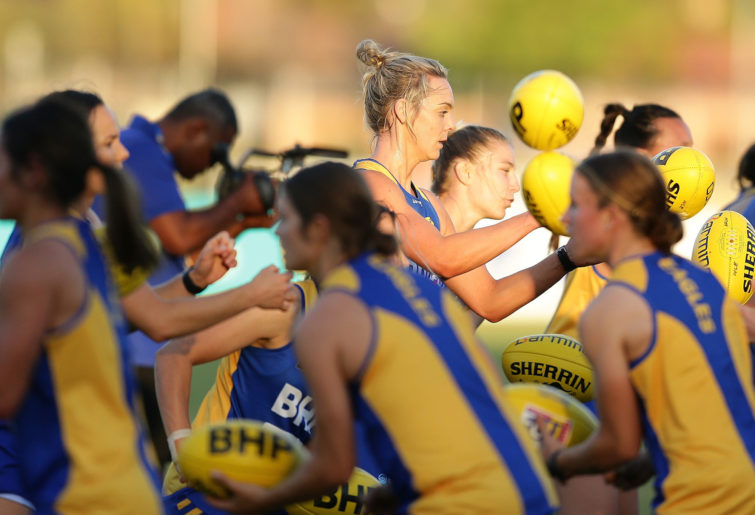 The best and only win came against the Western Bulldogs, defeating them 4.6.30 to 3.8.26. Being about to get their first win out of the way and under their belt was impressive and a huge relief for the club. And to do it on their home deck in Perth in front of their fans was a special moment.

Now that their first win is under their belt, it’s time to improve in the offseason. Scoring was the Eagles’ biggest issue, averaging just over 1.2 goals a game – the lowest in the league.

When they were in their attacking 50 they had a scoring rate of 24.8 per cent. As a forward unit, the Eagles need to find other outlets to score, whether that be from on the run midfielders having a shot or hitting up an unlikely target to through the defenders off.