Raelene Castle cannot be forced out as a sacrificial scapegoat to save the board and other management.

No business can so consistently ignore and disenfranchise its customer base, yet RA continues to treat players, supporters and its RA members (state unions, Super Rugby franchises and RUPA) with disdain.

Rugby union was the first professional sport to close down, and the last to announce anything. To not even have spoken to the players, and apparently actively avoiding meetings, is a disgrace from both a moral and employer viewpoint.

After John O’Neill left rugby, he enjoyed significant success in football, where a government-led review had installed a new governance structure, delivering effective control to the very benevolent dictator Frank Lowy. Together they undeniably did great things.

Perhaps he thought it could be replicated and, after his return to rugby, a former politician was commissioned to conduct a review. The result was a new constitution brought into being, supposedly reflecting a global trend of running sport on business principles with corporate-style governance structures and independent directors.

I am not sure there was compelling evidence that Australian rugby had not been administered in a business-like and prudent manner, or if it was, why this would be a better structure.

The report identified the base of volunteers and fans as rugby’s greatest asset. The changes to the structure of the game has diminished and ignored them.

The result is a RA board and management that is not accountable to anyone. While its RA members might theoretically be able to exert authority, it is unlikely that they would be able to agree on a dramatic course.

All RA members are financially dependent on RA and are run by sporting administrators who are not going to rock the boat, possibly affecting future career prospects in rugby or other sports.

Notably missing from the RA corporate-style governance structure is any hint of continuous disclosure. Rugby fans (and players apparently) are mushrooms and have been disenfranchised.

This has been reflected by the falls in sponsorship, ratings, attendances and memberships at the elite level. At the same time support for grassroots has increased in Sydney and Brisbane while rugby in other regions continues to thrive wherever it is played. 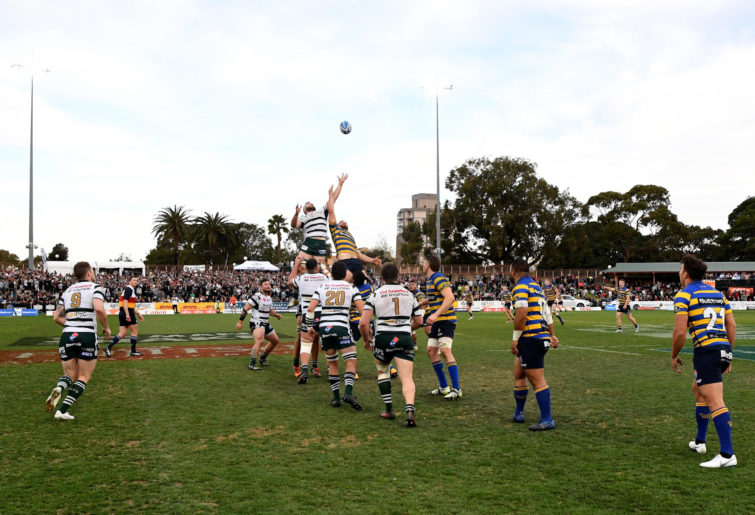 Under the current governance structure, we are committed to appointing high-profile corporate types, too many of which have no grounding in the sport and are unlikely to rock the boat. I like hearing the good sense of Justin Harrison, a smart rugby man with the interests of the sport and players at heart.

A board of seven Justins and Justines from around the country and from different eras would provide a stack of robust diversity, which will more likely drag us out of this hole. Instead, I suspect that having no rugby affiliations is considered a plus in the nominations process.

Ironically these governance structures are falling out of fashion with changes already made to the structure of FFA and A-League, and a strong push to restructure the NRL.

In the corporate world, the Banking Royal Commission has exposed many boardroom problems around culture, governance and the lack of critical industry knowledge on the part of independent directors.

The only way forward is for RA to build a new constitution, which makes boards and management responsible to the rugby fraternity.

That hands the future of the game back to its constituents and will go a long way towards mending the disenfranchisement of fans and the consequent loss of revenues. This is a modern-day variant of no taxation without representation.

Consideration should be given to the following principles.

1. Sport is not a business. It is firstly for the players but then must be conducted on generally accepted financial principles. Income must be greater than expenses. This is particularly so for rugby, which is almost purely a sport for players with the vast majority of any rugby crowd comprising players, ex-players, friends and family. In short, people who understand the rules and ethos of the game.

2. Rugby supporters are a valuable marketing segment with global reach. We have allowed the value of it to be diminished by reducing it to a numbers game, just like rugby league. Furthermore, the supporters are its main customers so fragmenting the supporter base has crippled revenues.

3. One national body to streamline governance, significantly cut costs and embed a single purpose. Does rugby really need as many layers of government as the rest of the country?

4. Bolt on supporters by using the rugby ID as an identifier throughout the game with voting rights attached to memberships of rugby clubs. If I am a member of the two clubs I played for, my son’s club and the Waratahs, then I should get four votes, simultaneously boosting the finances of clubs, traditionally poor at retaining ex-players as financial members.

There are several ways forward, although the future cannot be left in the hands of a board under the current constitution.

Whether you like Foxtel or not, think that their offer was fair or not, or believe a better deal was possible or not is immaterial. There is no deal and no source of income secured.

Having said that, there should be no fear in the insolvency of RA. The game, its players and supporters will be ready to kick off again later this year or in 2021.

Rebuilding governance structures and the elite representative game is well within the capability of many women and men currently working in rugby, mostly on a volunteer basis.

Immediate financial support is probably available from World Rugby, but it needs to be conditional on appropriate restructuring of RA.

The alternatives are these.

1. Liquidation, which would result in World Rugby agreeing to appointing an interim management to oversee establishing a new entity with a new constitution. While in theory debts could be extinguished, rugby goodwill generally will require RA commitments to be honoured by the new entity.

2. Administration would require appointment of a voluntary administrator, who would work with the current board or its successors to implement the new constitution.

3. Use the safe harbour provisions to restructure RA with a new constitution and management structure without an insolvency appointment.

In all of the above, intense involvement will be required by rugby people with the necessary influence and credibility to carry the massive changes required. At this stage Paul McLean may be a key person, as well as the various captains and leaders who have taken prominent positions in the recent past.

Parochialism must be parked at the door.

Castle should never have been picked in the first place. She was a symptom, not the problem.