The forces that have conspired to dispose of Rugby Australia’s boss have succeeded in getting Raelene Castle to resign.

While Castle had a successful career in sports administration with netball then at the Canterbury Bulldogs, rugby union was the game with an old boys network that no other sport can compete with.

It’s ironic that in the same week that claimed National Rugby League CEO Todd Greenberg, the two were top dogs at Belmore.

Castle was always the controversial choice to head rugby union in Australia. She was always a hard sell to an Australian sporting public that was not used to the bosses of their respective sports being anything other than male. 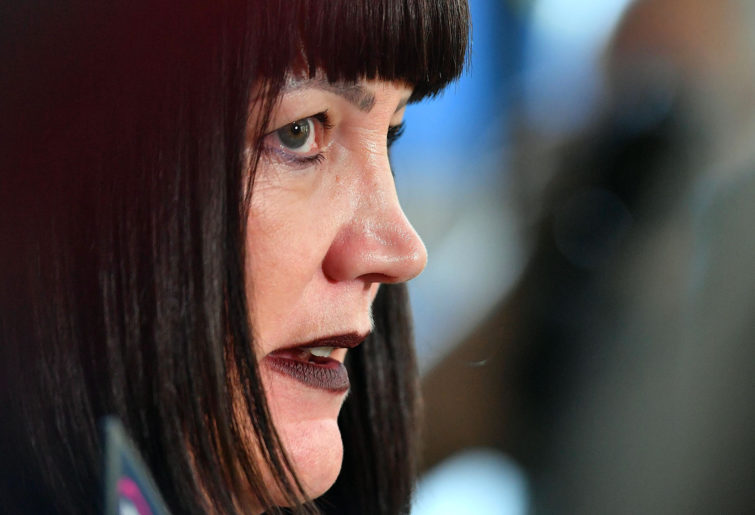 Castle’s undoing was the dream-weavers within RA headquarters tripping down Main Street that accepted her resignation. No large organisation, be it sporting or business, that undertakes sweeping changes within their organisation can do so without board approval.

The top table within Australian rugby was happy enough to support Castle up until it wasn’t.

While all Australian sports are under the most extreme pressure that they have faced in their existence, rugby is even more so as it didn’t have a broadcasting deal tied down.

When RA decided to take the rights to market and in turn spurn long-time partner Fox Sports, the board signed off on that decision.

If Castle was to resign, it should have been then if there was dissent within the boardroom. As far as we know, there wasn’t.

Australian rugby was not in a position to ask for more money with falling ratings, participation rates dropping and the public apathy for the game at its lowest levels in decades.

This was a poor decision by Castle and COVID-19 made it even worse.

Coronavirus was her real undoing as a deal with Optus was due to be inked if we can believe reports. If this happened, it would have been revolutionary for Australian sports broadcasting as no other major sport would have exclusively been housed on such a platform.

This may or may not still happen but Raelene Castle will not be handling those negotiations.

While she has not been successful in all of her endeavours in rugby, she was an administrator that thought outside of the box and the elbow-patch brigade was not used to such thinking.