Right then Australian rugby, let’s get on with things, shall we?

Ultimately now, what’s done is done. Rugby Australia is in a messy state of flux once again, and once again the blood is on the hands of Australian rugby.

How this point has been reached is now almost moot. It’s been underhanded, it’s been unnecessarily aggressive and at times abusive, and it’s certainly been driven by agendas. So many agendas.

But none of that really matters any more.

Chairman Paul McLean told more than 50 Australian rugby and sports media participants in a Zoom session last Friday that he would take on an Executive Chair role in the short term, so at least these crucial next already have an identified leader with intimate knowledge of both the game and the governing body.

But just finding a new CEO – interim or permanent – won’t be the last of it, as McLean still intends to vacate his role before July 31. It’s a stance he’s maintained for some time. And it was a point he reiterated last week in the face of calls for yet more boardroom bloodletting.

Once McLean moves on, the turnover will already be 50 percent with the three new board members that were voted in just a month ago. And if two other board members – Hayden Rorke and John Wilson – both stand down in the coming months as has been widely mentioned, and which McLean echoed on Friday, then three-quarters of the board will have changed inside maybe only six months.

How much more change at board level could possibly be required?

So leadership stability at the top has to be one of the highest priorities, pure and simple.

But trailing that major step is a couple of other priorities, just as high and just as time critical.

Certainly, the states including Western Australia need to brought to the table and included in any discussions around the development of the game at all levels, and particularly what the professional game will look like not just for the rest of this year, but next year and the next few years after that. 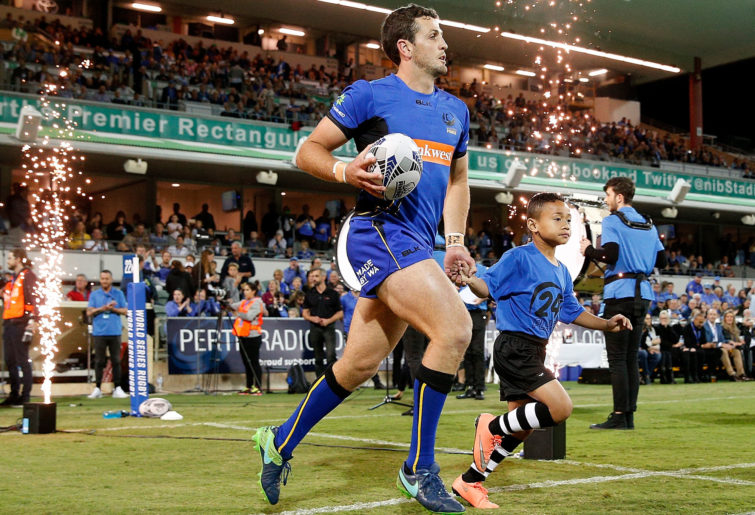 The Force were controversially axed from Super Rugby in 2017. Could they be back? (Photo by Paul Kane/Getty Images)

This will be handed by one of three committees McLean outlined on Friday; one tackling finance, another for broadcast and stakeholder engagement, and a third to tackle the actual rugby side of things. Each of these three groups has their work cut out for them, yet all three are equally intertwined and interdependent.

The four states have been much more collaborative and collegiate with the national body in the last 18 months or so – the professional high performance alignment being an obvious win – but it’s now vitally important that they remain informed and included.

Now more than ever, the state unions are going to play a huge role in any restructure and repurposing of the professional game.

This will have to include Western Australia, not just for convenience, but because it’s very clear that the game remains strong, well-supported, and in demand over in the west. They deserve a seat at the table and a place in future discussions not out of charity, but out of necessity for the good of the game nationally.

Clearly, a resumption of discussions with all potential broadcast partners must also be high on the list.

It was abundantly clear Fox Sports specifically and News Limited more broadly didn’t have a lot of time for Raelene Castle, but it’s just as clear they don’t want to pay any more for the broadcast rights than they have to.

Equally, the new leadership – and it’s widely expected that new board member and Supercars chair Peter Wiggs will be influential here – need to get every last dollar out of whoever the broadcaster ends up being.

But perhaps first and foremost, Rugby Australia need to pick up the phone for some good old-fashioned schmoozing with any and all potential broadcast partners.

The current environment gives the broadcasters a rare chance to outline all kinds of competition formats for this year and probably next year as well. What model will have the most appeal for Fox? What might Optus and Channel Ten be interested in?

Can a clean slate and the chance to rebuild the game in Australia professionally be enough to get Optus and Ten back to the table?

And if the latest talk of a twelve-month deferment is genuine, could an interim broadcast arrangement actually work to RA’s advantage?

The group of former Wallabies captains want a review board of sorts in place, but the current environment and the amount of turnover on the board already would almost certainly have brought some sort of review anyway. The players association want a say in any review, and that’s a reasonable request.

Clearly, it’s the time for reviews. As I sat down to write this column yesterday, New Zealand Rugby announced their own review of Super Rugby, Aratipu , looking at “the future of Super Rugby in New Zealand with the goal of offering a competition that engages fans, is financially sustainable whilst continuing to develop outstanding players ready for national representative rugby.”

The synergies between the introspection on either side of the ditch are obvious and will undoubtedly be shared and discussed. Quite possibly even developed, it would seem. Especially with travel to South Africa and Argentina unlikely any time even in the near future.

Equally, Rugby Australia could do a lot worse than having a chat with their round ball counterparts at Football Federation Australia, who also yesterday announced an eleven-person panel, the ‘Starting XI’, who will serve two years voluntarily working in an advisory capacity alongside the pre-existing FFA’s Football Development Committee.

“The Starting XI will provide a great platform for eleven of our best football brains to share their insights and ideas with FFA on key matters from grassroots to international football, national teams, player pathways, and the overall well-being of the game,” FFA CEO James Johnson said of the initiative.

And that’s the level of clean-slateness this global pandemic has brought about. Blue-sky thinking opportunities for our sports of choice that we only dreamed about are right here, right now.

So let’s just get on with it, shall we?