Back in 1998, Nathan Hines was just one of the many thousands of his countrymen to slip on a backpack and seek adventures abroad.

The intention was to spend six months with his girlfriend exploring the cultural and scenic delights of the United Kingdom and Europe.

Over two decades later, they are still there. Hines and his young family are based these days in the south of France where he works as an assistant coach in the French Top 14.

His shift to coaching came after a truly remarkable playing career. In short summary, Hines played 77 times for Scotland, went on a British and Irish Lions tour and forged an excellent career at club level, including winning both European and domestic titles.

Many Australian professional rugby players heading abroad would take that level of success in a heartbeat. The interesting thing, though, was that Hines had never been a full-time professional player in Australia. He was going overseas purely to scratch a travel itch.

“When I left it wasn’t to play rugby,” he says. “Being a professional player wasn’t even a goal or an aim of mine. It wasn’t something that I was working towards. At that time I hadn’t really sat down and planned out exactly what I wanted to do with my life.”

Hines mostly played rugby league growing up. He had eked out a few seasons in the lower grades for the North Sydney Bears until, at 19, switching codes to have a crack at union with Manly.

Through a contact at the beach-side Sydney club he was able to link up with Gala RFC, who are a semi-professional team in southern Scotland. For Hines, it would be nothing too serious. Just some low-pressure footy while making a few friends and some travel money on the side.

Within two years, Hines was a Scottish international.

Things simply clicked for him with the 15-a-side game in Scotland. He also had the good fortune of a Scottish-born grandparent giving him eligibility to play for the nation.

Hines’ 11-year stint as an international player would take him to three different World Cups. The first one coming in 2003 in – of all places – Australia. 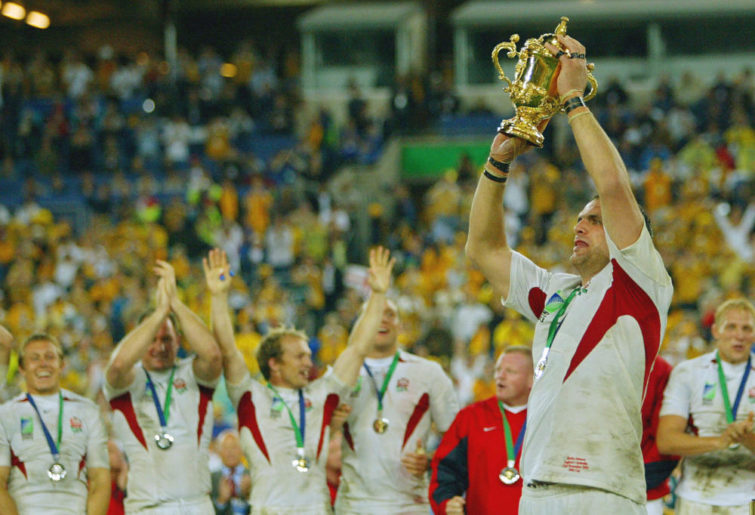 As fate would have it, Scotland and the Wallabies did lock horns in that tournament. Hines, starting at lock for the Scots, faced up to Australia’s finest 22 in front of over 45,000 of its parochial supporters.

When asked if he had any mixed feelings about this experience, Hines is unequivocal.

“None at all,” he says. “Once I pull on a jersey I am playing for that team. I don’t care who I’m playing against I’m trying to win. It’s like playing against your club teammate in State of Origin. The 80 minutes is what matters. Nothing else.”

The Wallabies triumphed in that quarter-final match, 33-16. Hines encountered the Wallabies three more times in his career, finishing with a record of 1-3.

The Wagga Wagga-born second-rower would make it to one more World Cup quarter-final as a player. This came in 2007 when Scotland fell narrowly to Argentina, 19-13.

Hines’ last Test appearance was at the 2011 tournament. Coincidentally, the venue of his final international game was the same as his first: Eden Park.

While both World Cup and Six Nations titles proved elusive, Hines was able to achieve the next best thing for any Scottish player – beating England. Hines proudly held aloft the famous Calcutta Cup in both 2006 and 2008.

“There’s a cultural competitiveness between England and Scotland,” he says. “It used to be the case where it didn’t matter if you won all year as long as you defeated England. I think it’s a little outdated now, but it’s still always good to beat them.”

By the time Hines’ number was called for international duty he had already moved on from Gala to the fully professional Edinburgh club.

Six years with Edinburgh were followed by nine seasons with three of Europe’s biggest teams: Perpignan, Leinster and Clermont.

Perpignan had winning records in each of Hines’ four seasons there, culminating in a berth in the 2009 Top 14 final. The decider would be played against Clermont Auvergne in front of a massive crowd at the Stade de France in Paris.

But Hines never did make it to the French capital. He was attending to other business in South Africa as a member of the British and Irish Lions touring squad. The scheduling clash left Hines with a choice of either one or the other.

“It was a tough decision but I have no regrets,” he says. “I’d played the whole season (for Perpignan) and obviously wanted to play in the final, but I thought that I might get another shot at a final down the track.

“I was never going to get another crack at a Lions tour. It’s something, as a player, that you want to get on, you know? It wasn’t something that I could turn down.”

Hines made five appearances for the Lions against regional opponents, but wasn’t picked for any of the Tests. Meanwhile, Perpignan won their first French title in 44 years.

The man called ‘Wagga’ did not return to the Pyrenees to help the side defend their title. He moved on to play a pair of seasons with Irish giants Leinster.

Hines played in three finals during this short but prosperous stint. He was on the losing side in consecutive Pro12 deciders, but came up trumps in the 2011 Heineken Cup final.

This was a particularly memorable victory for Leinster who came roaring back in the second half against Northampton after trailing 6-22 at halftime.

Hines scored the game-clinching try in the 64th minute as Leinster pulled off a thrilling 33-22 triumph. It was a classic second-rower’s try on a pick and drive. Worthy of mention was his tasty, break-creating offload 60 metres back downfield that occurred in the build-up to the try.

Hines’ ensuing three years with Clermont Auvergne were also prosperous. The French side made it to two domestic semi-finals and the 2013 Heineken Cup final.

Unfortunately, Hines could not duplicate the feat of 2011. Instead his team suffered a stinging one-point loss to Toulon, 15-16.

The final stop for Hines on his 16-year professional playing journey was Manchester in England. He signed with the Sale Sharks for a pair of seasons prior to the 2014-15 campaign.

The big lock would cut it short after just one. Another call came from the international arena, which nudged him towards the next phase of his rugby career. 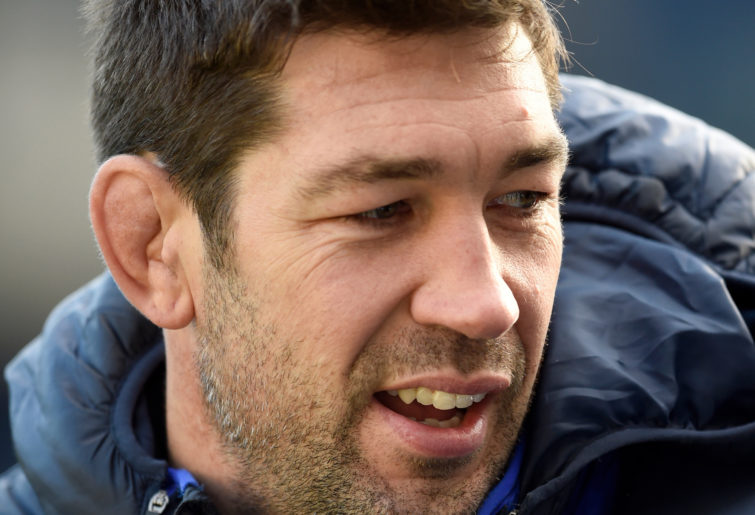 “Vern Cotter asked me if I would be interested in helping out as a coach with Scotland. I had a choice of staying here (at Sale) or trying to make a fist of coaching when I had the chance,” he says.

He decided on the latter, and four years after his last match for Scotland he was back with the team as a member of the coaching staff.

The Scots had solid results over the next few years. In 2015, they advanced to the final eight in the World Cup for the first time since ‘07. A controversial refereeing decision against the Wallabies cost the chance of advancing to the semis.

After two years with Scotland, Hines moved back to France where he has now been working with Montpellier Herault for the past three seasons. He is currently on the home stretch of this tenure with definite plans to leave whenever the Top 14 season concludes.

Regarding his next move, Hines admits that there is currently “nothing in the pipeline.” He does hint, though, that an English-speaking country may be the best fit for his family moving forward.

“Sure. If an opportunity comes up, then yeah,” he says. “I’ve never had too much of a plan. Wherever I am I just try to work hard then if another opportunity comes up I’ll take it, or not. That’s just the way I’ve been working for the last 20-odd years”

This approach has worked well for Hines ever since he left Australia all those years ago. Now 43, he has spent equal portions of his life down under and abroad.

Hines still speaks with a broad Australian accent and comes across as a typically amiable Aussie bloke who wears thongs and has a hills hoist and a barbecue in his backyard. But he must regard himself as more than a bit Scottish too, right?

“I’d say I’m both,” he says. “My family has got strong ties with Australia and Scotland. We love Scotland and one of my sons was born there. I’m mostly Aussie but I love Scotland as much as I love Australia.”

Australian rugby would love to have this Aussie-Scottish hybrid back one day. He might decide to stay in the north, though, or perhaps even go on a holiday. Great things can come from them.

The next Aussie abroad is Sitaleki Timani. Any questions you want to ask Sitaleki? Hit me up in the comments section.