On April 23, college kids’ dreams came true as they got the phone calls from NFL teams, and heard Roger Goodell announce their name being drafted.

This year’s draft being virtual, many predicted that it would be less dramatic and less surprising in both draft picks and trades.

And for the most part, that was correct.

But leave it to the Green Bay Packers to change that and be the headline for the first-round surprise team.

The Packers came into the draft with the 30th pick in the first round, and analysts predicted them selecting a wide receiver to help Aaron Rodgers and give him another weapon to play with.

So it’s been 18 years since they picked a wide receiver and since Rodgers isn’t getting any younger, they were picking a receiver for sure this year!

Nope. Instead, they traded up from 30 to 26, and selected Jordan Love, a quarterback from Utah State. 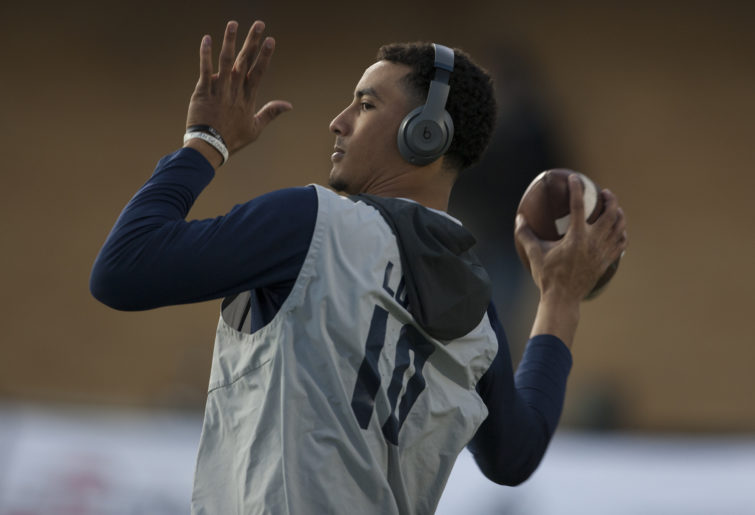 Yes, Jordan Love was a first-round quarterback talent and needed to be drafted by a team where they could sit him for a couple of years, develop him, and then start him. But not the Packers.

The Super Bowl window for Green Bay is shutting, and they need to win now. The team definitely needed a weapon on offence, and this year’s draft was the deepest and most talented set of wide receivers in years, and they declined to take one.

At the very least, taking a linebacker or a defensive lineman would have made more sense for this team over a quarterback.

But they go down the quarterback route, where it looks like they are getting ready for the future. Aaron Rodgers just signed a contract extension and has four years left on it, so what was the point in this pick?

Are they looking for a way out of Rodgers’ big deal? Maybe drafting Love was trade bait and they plan on moving him.

Either way, going into this draft, as a fan I was not enthusiastic and expected an underwhelming pick. But this one puts the cherry on top.