The time is right to try left-field ideas

Here’s a random thought. Something out of the ordinary.

I noticed that football – the round-ball game – is proposing some changes when they resume their comp, such as more replacements.

That may just be a COVID-19 thing, but it occurred to me that with a shortened season that’s already been disrupted, now might be the time to trial some experimental laws in the game of rugby union as well.

Some ideas worth considering are the 50/20, the goal-line dropout and any others that might be seen as worthy. 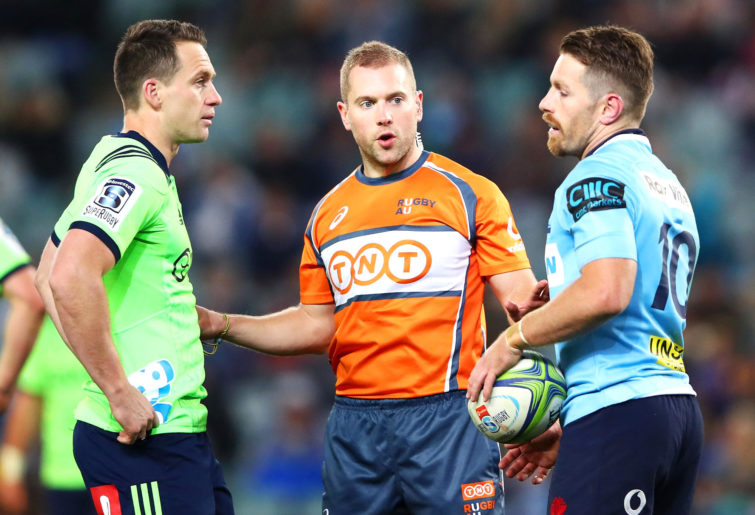 Maybe rugby should try some initiatives to speed up the feeding of scrums, or making the breakdown a bit easier for all to understand?

Maybe we could take a leaf out of the Global Rapid Rugby playbook: shorten the halves by fives minutes, but allow the ref to stop the clock for scrum breakdowns or cynical play.

Trial a blue card, which means not a send-off but a warning, so that either a number of blues means an automatic suspension next week, or something like it, so that the game flows always with 15 versus 15.

Red cards should only be handed out for blatant foul play, and reduce the punishment for yellow cards to five minutes

As I have written here before, this could be a great time to lay everything on the table and try new ideas, especially since it’s not just a COVID-19 year but also the first year in a World Cup cycle.

The Reds would only go over once before the Argentine international returned to the field. Did he get lucky to only see yellow?

A wise business decision by Tate McDermott to let that last scuffle slide... The Crusaders led 21-3 at the half in what looked like…

Thanks to all who contributed a question, or added to the debate at the call-out stage. First thing's first – the Aussie team of…

Springboks star Eben Etzebeth has shocked the rugby world with a genius move in the Top 14. Playing for Toulon against Pau, the lock…