The Brisbane Lions have an average team with quite a few deficiencies, making it difficult to find ten players they could least afford to lose in 2020.

10. Stefan Martin
The club’s number one ruckman is only tenth on the list as his form hasn’t been good of late, finishing seventh in the club’s 2019 best and fairest. There isn’t much back up for him though, with young Oscar McInerney the back-up.

9. Alex Witherden
Has a lot of potential to improve and become one of the better running defenders in the competition. An underrated player who has the capacity to become better known.

8. Eric Hipwood
Displayed what a dangerous player he is around goals when he managed to kick three in the Lions’ opening game of 2020. He is eighth on the list because he hasn’t played to his full potential yet – he is capable of being one of the best key forwards in the competition.

7. Jarryd Lyons
This quiet achiever was added to the leadership group in season 2020, along with Hugh McCluggage, which shows how highly Lyons is thought of in the inner sanctum. Finished fourth in the club’s 2019 best and fairest.

6. Dayne Zorko
Zorko was part of the 2019 All Australian squad and finished second in the club’s 2019 best and fairest. The captain of the Lions is a quality player. 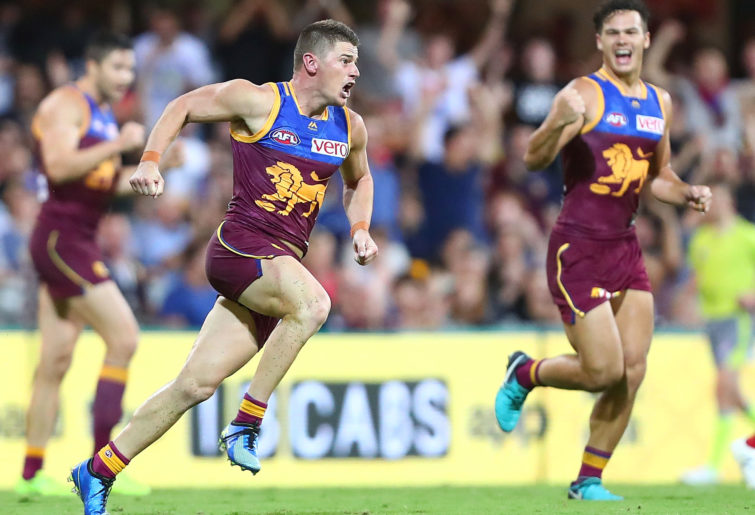 5. Daniel Rich
Provides plenty of run out of the back line and would be a valuable asset to any team. Incidentally, he finished fifth in the 2019 Brisbane Lions best and fairest.

3. Hugh McCluggage
Named in the 2019 All Australian squad, McCluggage is a consistent performer on the wing and part of the club’s leadership group. Just goes about his business with little fuss.

2. Harris Andrews
Named full back in the 2019 All Australian team, Andrews is the vice captain at the club.

1. Lachie Neale
Named in the midfield for the 2020 All Australian team, Neale was the 2019 Brisbane best and fairest, and may prove to be one of the best acquisitions of any team in the history of the AFL after the Lions picked him up from the Fremantle Dockers.