How many games of Super Rugby do you think Sitaleki Timani played in his days with the Force, Brumbies and Waratahs?

I will let that question volley in your brains for a few moments before providing the answer.

Timani spent six seasons in the competition, the last of which was with the Waratahs in 2013. Since then, he has been toiling away in France, initially with Montpellier Herault and now Clermont Auvergne.

The French Top 14 campaign spans from August all the way to May, with finals extending into mid-June. In addition to a full home-and-away domestic season, all French top-tier teams participate in European competitions. It is a marathon rugby calendar, as Timani has discovered.

“It’s definitely longer and tougher over here with more games, especially playing in two competitions with the European Cup as well,” he says.

Timani has now logged 133 total appearances for his two French clubs in all competitions. These have been accrued in about the same amount of time he played with his three Aussie franchises. 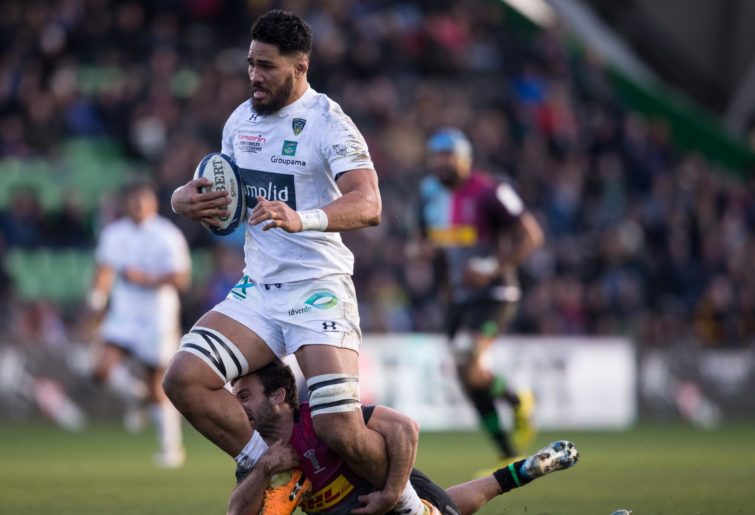 Club rugby in France has not only been busy for Timani, but it’s also been highly prosperous. In half a dozen seasons the towering lock has captured the European Challenge Cup twice and one Top 14 crown.

His first title success came in 2016 with Montpellier when they triumphed in the Challenge Cup. This was a major milestone for the Occitanian club, which notched their first-ever major trophy.

Timani’s second title would be his biggest to date. It occurred one year after the first, but this time with his new club, Clermont.

They prevailed in the 2017 Top 14 final against competition heavyweights Toulon. The 22-16 win was particularly sweet for Clermont given their habit for finals hoodoos in the past.

“Clermont had been in 11 (Top 14) finals and only won one of them before that day,” says Timani. “It was unreal because of this history. I will always remember winning it. To play against Gits (Matt Giteau) and Drew Mitchell was also a good experience for me.”

Timani was fortunate to play in that final. An injured ankle suffered late in the regular season had him initially forecast to miss both the European and domestic deciders. He made it back to start against Toulon but was unavailable for Clermont’s earlier loss to Saracens in the Champions Cup final.

Silverware would elude Clermont the following season, but they rebounded in a major way in 2019. As they had done two years prior, the men in blue and yellow made it to two finals.

Clermont were in cruise control from the beginning to the end of the Challenge Cup. They ran the table undefeated and finished the job with a comfortable 36-16 victory over La Rochelle in the decider. They ended up settling for one trophy again, though, as Toulouse proved too strong in the French finale. Timani started in both of these games.

Although this season’s Top 14 has been abandoned, it is hoped that the Champions Cup will resume later in the year. Clermont are well placed, with a home game lined up in the quarters.

Beyond that, Timani has two more contracted years at Clermont to potentially add to his trio of trophies.

While his club career has been cranked up several gears in France, the downside of playing abroad has been ceding any potential for a Wallabies recall. Timani earned the last of his 18 Test caps against Scotland in 2013.

It took a lot of graft and patience for Tonga-born Timani to attain national selection. He now looks back at his time in the Australian set-up as the apex of his rugby career.

“I joined the Wallabies quite late – I think I was 25 when I made my debut,” he says. “Playing for Australia was just huge for me and my family. I didn’t think I’d ever get the chance to do it. It was the highlight of my career.”

Timani seemed to be gaining momentum with the Wallabies just before he left. He had played 17 Tests combined in 2012-13 and was on the winning side in his last three matches. The strapping second-rower had looked a great prospect for the national team’s push towards the 2015 World Cup.

But he did not feel wanted. Australian rugby seemed not to prioritise Timani, whose services were highly sought after in the northern hemisphere.

“I gave Australian rugby the first choice to keep me,” he says. “We were talking through contracts and I felt that they didn’t really want me to make up my mind to stay.

“We gave them a few weeks to make me an offer, then an opportunity from France came and I felt that it would be better to move here.

“I had also started a family, and the biggest thing was the travel. In France we only go away for a night (at most) to play a game then we come back. It’s a good opportunity to spend more time at home.”

Staying close to other members of the Timani clan is another bonus. Both of Timani’s brothers, Sione (US Seynoise) and Lopeti (La Rochelle), also play professional rugby in France.

At their base in Clermont, big Sita and his young family are pleased with the region’s offerings. There is a nice pace to life, numerous natural splendours to enjoy and plenty of adoration from its rugby-crazed citizens.

“It’s pretty much right in the middle of France here in Clermont,” he says. “It’s not too small or too big. It’s nice.

Too right it is. The Stade Marcel-Michelin is one of world rugby’s most intimidating fortresses. At one point last decade Clermont had an incredible 76-game unbeaten run on their home patch.

The home-town faithful have had the pleasure of seeing their star Aussie recruit raise his game to new heights over the past four seasons. The vicious clean-outs, hard charges and teeth-rattling tackles have always been big features of Timani’s play. Now, with an increase in professionalism, he has developed a greater consistency to his game.

“I think that I am a more experienced player now,” he says. “I know more about recovery, eating well and all the other stuff off the field that makes me a better player on it.

“I started doing it more here in France and my rugby has improved. I think that’s why I am still going over here, because I’m looking after my body.”

Maintaining a well-serviced engine may even allow the 33-year-old Timani to keep his wheels on the track after his contract expires at Clermont. He does not rule out a potential return to Australia to complete his career.

Timani’s wife is from Canberra, and he admits that the family is likely to settle down there at some point in the future.

By that time Australia might have established its own national and/or trans-Tasman competition, enabling its stars the opportunity to play long seasons of competitive rugby. Something akin to the Top 14, perhaps?

An old warrior returned from overseas who’s still hungry to fight a few more battles would be a tremendous addition to that.