If there is one thing I really hate it is hypocrisy. I cannot stand people who criticise something and then do it themselves.

I have prided myself on not being a hypocrite and, when correctly called on being one, I’ve acknowledged it and corrected my behaviour.

So here’s the thing: I want the footy back so bad it hurts.

I want to see my Green Machine in action, to make good on this incredibly promising team that Ricky Stuart has assembled since returning to the club in 2014.

And I am fiercely pro-vaccination. It is a no brainer. Vaccinations save lives. The evidence is so overwhelming that I can’t believe that it is at all contested.

I have known people who have suffered through lack of immunisation. One such person has had a profound impact on my life. His name was William Percival Packard.

When my parents arrived at the Australian National University in 1961, Bill and his wife Gerry – both Rhodes Scholars – took them under their wings, just as they did with so many students and staff. This included taking my parents to their coastal retreat at Burrewarra Point in the Yuin lands on the NSW south coast that has subsequently become my family’s spiritual home and the place I met many of the most influential people in my life. I can never thank the Packards enough for that.

In 1950 Bill joined the Royal Geographical Society and London Alpine Club expedition to the Nepal Himalayas. The expedition tackled many of the great peaks. Unfortunately, during a side trip following his passion for geographical study, Bill contracted polio and could never climb again.

Now, Bill didn’t let polio beat him and went on to achieve great things. However, his friend and fellow climber Edmund Hillary was not hampered by contracting polio and went on to be one of the first two people to reach the summit of the world’s tallest mountain. Bill would have loved to have had the polio vaccine, an athlete who would have benefitted from them if ever there was.

Vaccines save lives. Things like tetanus, smallpox, measles, mumps, whooping cough, rubella and polio used to kill swathes of people before the vaccines were developed to counter them.

The flu shots have been similarly effective in safeguarding the greater parts of our community from influenza wreaking havoc as it once did. This COVID-19 epidemic is a flashback to a bygone time and should serve to remind us just how wonderful the scientists who have developed these protections are.

Yet some people don’t like vaccines. They don’t trust them and think they are unnecessary. I am dumbfounded by this. It demonstrates a lack of comprehension or mental instability – or both.

However, some people object on religious grounds. I respect people’s right to their beliefs and think that they should be safe to practice those beliefs – as long as that doesn’t bring harm to others.

I know many deeply religious people who are also some of the best humans I’ve met. While I know there are many people and factors that can show that organised religion can be the worst, these are people who demonstrate to me the great value of religion.

While unfortunately I do not share their faith, I ascribe to their moral code and integrity. I watch them constantly do good in the world, putting their faith into action. Putting their money where their mouths are. 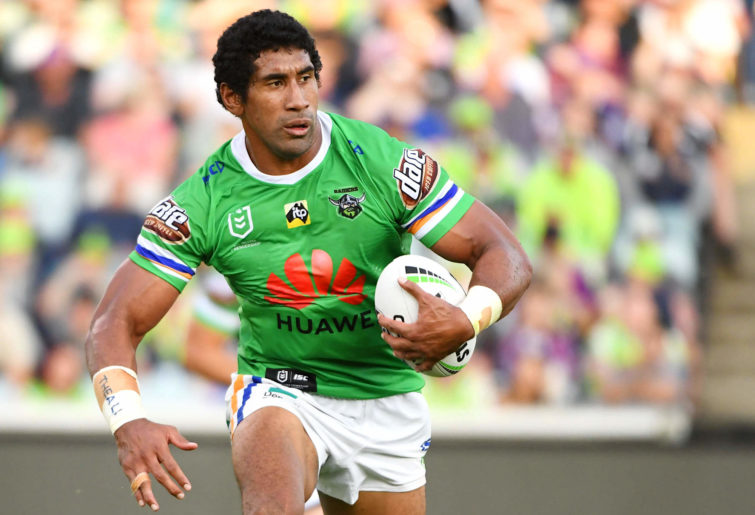 Just as I’ve defended him publicly before I want to again defend him now. I want to stand with him.

Yes, that makes me a hypocrite.

However, Sia is a man of incredible integrity and a force for good and light in this world. His preparedness to stand by his beliefs – in spite of what must be massive pressure not to – is to be totally admired. I certainly admire it.

My grandmother was from an Episcopalian family from New Jersey. She was quite religious. Her and my grandfather set the standard for me of what good Christianity looked like. It is a standard I see also set by Sia Soliola.

My grandmother once told me a story when I was questioning her beliefs in regards to evidence of God’s work. She told me a parable about a man trapped in his house as floodwaters raged and rose all about him. The man dropped to his knees and prayed. “God, I’ve been a good Christian all my life and I’ve obeyed all the commandments without exception. Please save me from this fate!”

Shortly afterwards a police boat came through the raging torrent and beseeched the man to get aboard. However, the man refused, saying “My Lord will save me!”

Soon the man was forced by the floodwaters to the second floor of his house where he again prayed to his deity. “Oh Lord, please rescue me from this flood. Have I not been a devoted servant?”

Just then a man in a motorboat came through the torrent and screamed to the man to jump aboard. However, the man once more refused saying “My Lord will save me!”

Soon after the man was clinging to the roof of his house, soon to be swept away. He pleaded “Please Lord! Please save me from this horrible death! I have been always faithful to you!” 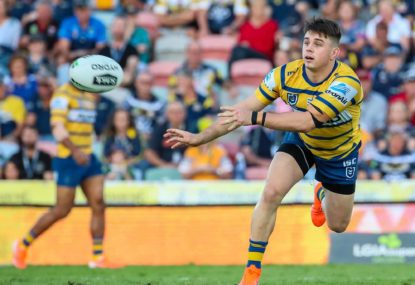 Who wins the strangest NRL season in history?

Out of nowhere, a man in a canoe appeared. He threw the man a rope and beseeched him to grab it. However, the man again refused. The canoe disappeared and soon after the man was swept away and drowned.

The man then found himself before Saint Peter at the Pearly Gates. He said to Saint Peter, “I was a devout and faithful Christian all my life. Why did my Lord not rescue me?”

To which Saint Peter replied, “Says here we sent a police boat, a motorboat and a canoe.”

If there is a greater power who created the world and everything in it then that power also created the people who made the vaccines to protect us from these awful diseases.

I’d like to think that this logic can show how having vaccines is perfectly justifiable.

However, whatever Sia Soliola decides to do he should know that he can count on my support.