Halving any household budget would automatically cause significant change. At my place, Foxtel would most likely be the first in a series of culls.

Followed by some absurdly priced swimming lessons and my wife’s hair and beauty treatments that still stun me whenever I see the damage on her credit card statement.

A couple of vineyards in the Hunter Valley might lose a member, dining out would become a thing of the past and the number of supermarket items purchased with the word ‘budget’ on them would increase dramatically.

If Foxtel’s rumoured attempt to renegotiate and potentially halve the value of its A and W-League broadcast deal with FFA is indeed real, James Johnson will be calling the FFA family around the kitchen table very soon, in an effort to deliver the bad news and explain the areas in which the belts will need to be tightened.

There are many options.

Scrapping the entire VAR system will save money, remove much consternation and cause many fans to cheer. It must be seriously discussed by FFA in conjunction with the clubs and FIFA, with a promise made to bring the controversial system back as soon as it is financially viable, in order to comply with FIFA’s expectations.

FIFA want uniformity within VAR, something that is yet to be achieved. Yet at vast expense, it could very well be something that many leagues will be looking to jettison in order to be able to pay wages elsewhere.

On Friday, Vince Rugari reported in the Sydney Morning Herald that discussions had already began in regards to the A-League perhaps spending between A$12-A$15 million per season and taking control of its own production costs.

Potentially that would allow the league to on-sell content, streamline costs and became more attractive to services like Optus Sport. Such a model suits the new found growth in streaming, with the production bill addressed to the league or governing body and the service provider hosting the content.

Should a renegotiation of the broadcast deal occur with Foxtel retaining production costs and remaining involved for a further three seasons, it too will be looking to lessen its annual spend. Hopefully, that will lead to a decrease in the number of presenters involved in match day broadcasts. 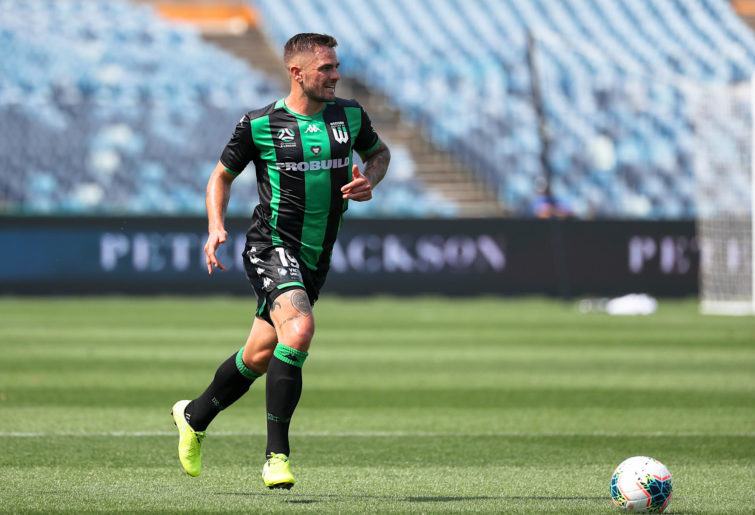 How can the A-League really shed costs? (AAP Image/George Salpigtidis)

One chief commentator, a host and a wing man in the box is more than enough to convey a game of football efficiently.

Having a pre-game panel of three, some footballers and some not, is exorbitant and unnecessary.

Although, with Foxtel already having taken an axe to it sports arm, it is doubtful there will be enough troops to even fill those spaces at five weekly A-League matches. That would be a very good thing.

Somewhere near 230 people work at the FFA; symptomatic of the modern trend to fatten the management and governance level of sports’ businesses.

With a keen awareness that without the A and W-Leagues there would be no relationship at all between FFA and Foxtel, perhaps it is high time for the governing body to undergo a restructure, shed staff and make similar sacrifices to which the clubs will be forced to make.

Any savings made by FFA would need to be passed on to the clubs themselves. Should the annual funding grant handed out to each of the eleven clubs drop considerably, potentially below the A$2 million mark, some clubs will be on death’s door.

Player contracts would require renegotiation, the minimum wage could be lowered and staff cuts would be assured. With tightened purse strings, the chances of maintaining or attracting quality international marquees to the league will be minuscule in the short to medium term.

Every dollar that FFA can save and subsequently funnel through to the clubs, will provide a further reason for hope and potentially allow all eleven to remain financially viable. Sadly, that seems unlikely.

Originally estimated at A$500,000 per season, VAR is an expensive exercise and far from perfect. Along with acquiring the production responsibilities of the A-League and a removal of some excess fat at FFA headquarters, money could be saved.

Would those savings be anywhere near enough to cover a A$20-30 million annual decrease in broadcast revenue from Foxtel? Not even close.

However, streamlining governance, pro-activity in the production of content and an honest assessment of the financial commitment to VAR, that considers the current circumstances, could save a few pennies.

With Australian football looking likely to have its household budget slashed, each and every one of those pennies is about to become incredibly important if the A-League is to emerge as a survivor of the COVID-19 pandemic.