I popped onto the internet today to find talk of a new rule change: six again. I was intrigued, given I wrote an article on this site in March outlining why we should introduce that very rule change.

My ego would like to think the Project Apollo team read my piece and decided to implement the change.

Of course, that is unlikely, but I am ecstatic that the rule change is a realistic chance of happening.

They are, I assume, bringing in the rule to stop cynical penalties from teams defending their line, but I suggested the rule to increase fatigue in players. I do not think six again for ruck infringements is enough on its own, but it is a start.

Laurie Daley has already said this will turn the game into touch football, a favourite piece of spin put forward against any change to the rules over the years.

The rule is supposed to speed up the game Laurie, because the game is too slow right now. The point is to reduce stoppages and tire the players out.

Teams will still wrestle and try to see just how long they can lay in the tackle but if the refs are consistent with when they call held and treat any second effort after that as holding down the tackler, the game will speed up. Players will get more fatigued. 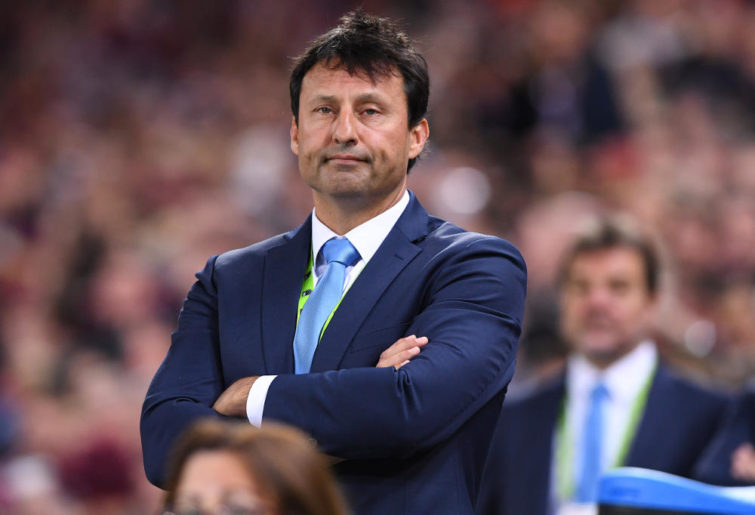 We also have our first reported response from the coaches.

“I was speaking to coaches yesterday and they said ok we are at our 20-metre line and they are lying on us and we just get a six again,” Danny Weidler told Big Sports Breakfast.

“We’d (NRL coaches) rather kick the ball 50 metres upfield with a penalty and then take our next six.”

This is an interesting response given how much they have talked about the seven-tackle rule from kicking the ball dead in-goal giving too much advantage to the team with the ball. Are coaches really going to give away penalties 75 metres out from their own line when they already find seven-tackle sets too much to defend?

There is no way they would want to give away penalties in that position.

To tackle their main argument, the notion that coaches would rather kick the ball 50 metres (do they ever find touch that far up the field) and then take the next six is exactly why we need change the rule, they would rather take the rest. They wouldn’t want to take the kick for touch if they were attacking in the 20-metre zone.

They are against the rule because it takes away some of the rest that coaches try to manage. The fact that they are already leaking out opposition to the rule shows it will have real impact, take control away from coaches and fatigue the players, which is a great thing for the game.

Coaches should never have a say in the rules. Never.

The six-again rule is not enough on its own and we need to use the sin bin if teams keep re-offending. The rule will encourage more wrestling in the short term as teams test the limits. The refs need to make the call to speed up the game and to reduce the wrestle. I for one think the only real way to ban the wrestle is to make players too tired to keep it up for the whole game.

If this rule does come in, it will encourage more fatigue, more open play and more diverse styles of play.