When was your team the undisputed best in the AFL? Part 2

Sometimes being the best is more of a feeling. A ‘vibe’, as they say. Usually it relates to being top of the ladder for a while. Maybe in our heads it can be like boxing: once you beat the man, you are the man.

Hawthorn lost six games in two years over 1988-89, most of them freak occurrences. There’s just no argument with Generation 1. In reality this is probably the greatest team of all time, pipping Brisbane.

Moving on to our times: look, Hawthorn at their best blew everyone away in 2012, but they were awfully inconsistent, giving up five-goal leads willy-nilly.

But they were definitely the best after that. In 2013 they were the best but still a bit fearful. They didn’t have their classic swagger yet, and they really struggled to put an inferior Geelong away. Then, when the era almost ended before it had begun with a match against Port Adelaide in 2014, a week later Hawthorn – almost late in their sequence – gave their signature performance against the Swans, playing a game of perfect football.

In 2015 Hawthorn achieved some of their late results more by being brutally efficient in front of goal than by dominating games per se, although still put many teams to the sword. There is a slight asterisk that Hawthorn were able to play the grand final in Melbourne after the Eagles smashed them in Perth three weeks earlier.

Still, this is the most obvious one of my list.

I’m afraid I’ve wracked my brain and come up empty. Ron Barassi’s Demons were the most dominant team of all time in relation to their era, but since 1960 they have never definitively been the best team around. They were up there in 1988 and 1989 but so were the eternal Hawthorn.

In a cult-following way I’m interested in the 1987-88 stretch Melbourne had, when they threw off their ‘soft’ tag to win five finals in two years. “Who were these guys?”, I asked myself in coronavirus 2020, and so I had a look.

The Demons of those years are a moving story. They pulled these champion finals series somewhat out of nowhere – Garry Lyon scored a million classy goals, Brian Wilson did some ex-Brownlow medallist things, Sean Wight was a gun marking forward.

The two key match-ups were two losses to Hawthorn. Melbourne suffered the saddest ever loss in a game of footy to the Hawks after the siren in the 1987 preliminary final. It was literally the most heart-wrenching of all time. Then, when the revenge was on for grand final 1988 and things came full circle, they lost by 100.

I’d never even seen what that match looked like until a day ago. I had no idea it rained that day, for instance, or that Hawk Paul Abbott scored the most miserable goal you’ll ever see. That match is footy’s best-kept secret, maybe with good reason. 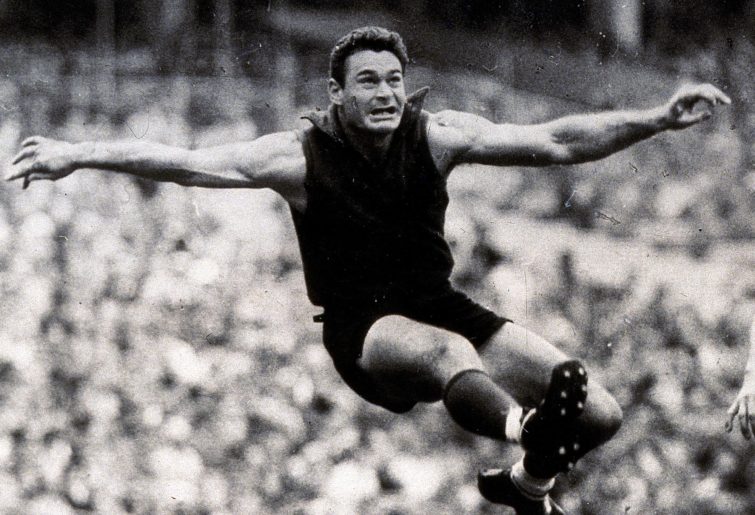 My formative years were watching Wayne Carey and North’s mosquito fleet ruthlessly win key Friday night finals year after year after year. It was nice to discover that a poorer team could actually do this. North were the ones that broke the glass ceiling after 30 years of a segmented competition.

They seemed unbeatable at the time but in hindsight came top of the ladder only once. Still, 1996-99 was all about the Roos.

These years were like a strange love triangle between Brisbane, Port Adelaide and Collingwood, where the uglier Pies somehow always got the girl. But Port won three consecutive minor premierships. In 2003 they won at the Gabba and that year they were the clear best. They just kept groundhog day-ing September. But a grand final showdown against Brisbane was a fitting end to this stretch.

It’s funny how Port easily overran the aged Brisbane in the 2004 grand final when they were the same age and exactly the same era. They both fell right after this match.

Richmond are it at the moment. Everything else in 2019 was just a confusing jumble below. The frustrating thing is that they’ve had only two match-ups with the nominal premiership rival of the era, West Coast. The Eagles crushed the Tigers in early 2018, then we had what the AFL labelled on YouTube the ‘Clash of the Titans’ in 2019, Richmond winning an epic by one late goal.

When the Eagles were up by five goals in the first quarter I thought, “That’s it, mystery solved. West Coast are the best team around”. I never heard from them again.

Richmond did well to keep this top-dog era going. They looked finished around mid-2019. They were a pure pressure team in 2017 but seemed to have some actual coherent ball movement for their second flag.

When you unearth a new strategy you have until the end of the year to win the premiership. After that it’s not effective anymore. This was St Kilda in 2009. Ross Lyon’s team produced one of the single great seasons, winning their first 19 matches and setting miserly defensive records. Due to their suffocating defensive prowess they were basically unbeatable.

The Saints lost steam from August onwards, and their almost starless team couldn’t put enough points on the board. Still, they were possibly one bad weather forecast away from St Kilda’s first premiership since 1966. Then they were one bad bounce from retaining it.

Sydney, in their first year with Lance Franklin, were exactly even with Hawthorn throughout 2014, splitting two epic home-and-away matches. The two were relative shoo-ins to reach the grand final.

Sydney won both their premierships as gritty underdogs from third place on the ladder, so finding a moment with them as overdogs was tough. But this year is probably it. The core from the 2012 premiership is relatively intact, plus poaching Franklin was undoubtedly a boss move. The money was on them to win the grand final.

Come 2016, Sydney won another minor premiership and once again were grand final favourites, but they had finished microscopically first in a seven-way dead heat. This was a younger team who split their finals 2-2.

Can Lance Franklin inspire the Swans to victory over the Gold Coast? (Photo by Ryan Pierse/Getty Images)

West Coast have won premierships with three completely different teams. Even Hawthorn didn’t quite do that. West Coast are therefore one of the two or so greatest clubs of the AFL era.

The 1990s team was an era in itself. They more or less dominated the league for three seasons. Meanwhile, the 2006 team, with its crazy midfield, were clearly the best of the year, even though they had to fight very hard to win it. West Coast reignited attacking footy in this era, and they and Geelong a year later more or less saved the sport.

But for off-field problems they were set up to contend for the rest of the decade. Then Ben Cousins and Chris Judd walked and the team just collapsed. They were too dependent on stars. 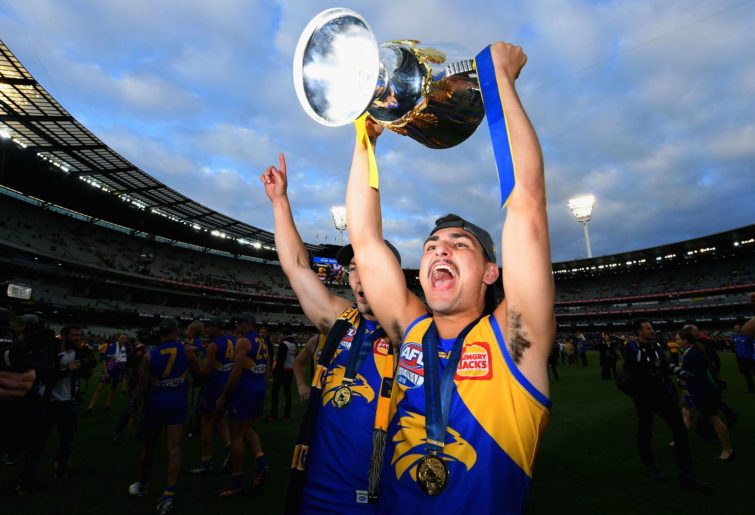 With no minor premierships, it’s very difficult to find one of these periods for the Bulldogs and almost impossible before 2016, but I can make a selective argument for my team. Looking at the results, I truly believe the Western Bulldogs were overall the best team of 1997.

As a Bulldogs supporter, 1997 had it all. I had never considered the possibility of the club contending for premierships until this year. It was a beautiful year, very emotional, of Rohan Smith and Brad Johnson streaking through the central corridor with umpteen running bounces, Chris Grant’s beautiful touches.

More importantly, the Dogs won all their main head-to-heads against key contenders. Once in stride, they saw off West Coast in Perth and brushed aside reigning premiers North. A big 1-2 clash happened against bogey team Geelong at Princes Park midyear and the Bulldogs won it! A crusty Geelong supporter said in the street, “They’re celebrating like they won the premiership,” proving that sports crowds really are the greatest folk around.

Two weeks later the Dogs met the rising St Kilda at Waverly and won that too. Towards the end of the year they polished off the Crows in Adelaide.

Look, they were a team of destiny rather than a strong line-up. Their underbelly was probably more honest than classy. The 1997 season ended with, along with Melbourne-Hawthorn 1987 and St Kilda-Geelong 2009, the saddest ever loss in a football match. The amount of time I spend wondering about the ephemeral forward James Cook and his perfect preliminary final is kind of crazy in 2020.

Adelaide won the flag but were mostly only the best team in September. St Kilda finished top but lost all their head-to-heads. The Bulldogs were the overall best in 1997.