New Zealand teams have won 17 of the 24 completed tournaments, including the last five editions. These have come in clusters, such as for the Blues (1996 and 1997) and the Chiefs (2012 and 2013), and we all know about the Crusaders’ dominance of the competition, winning ten times with three periods of winning consecutive titles. The Highlanders and Hurricanes have one title each, in 2015 and 2016 respectively.

For the purposes of this article players must have never been involved as a player in a victorious Super Rugby squad over the 24 seasons, must have been eligible for New Zealand (but not necessarily capped) and must no longer be playing Super Rugby.

15. Christian Cullen (Hurricanes)
There was no better sight than seeing Cullen in full flight at the advent of Super Rugby. He is one of the greatest attacking fullbacks of all time and was known for some trademark long-range tries. His pace and body swerve allowed him to rip defences up at will. He scored 56 tries in 85 appearances for the Hurricanes.

14. Jeff Wilson (Highlanders)
One of New Zealand’s most talented sportsmen and a dual international who played cricket for New Zealand. Wilson and the Highlanders came agonisingly close to winning in 1999, losing to the Crusaders 24-19 in the final. Wilson was a well-rounded rugby player who had great anticipation and speed and a great kicking game.

13. Conrad Smith (Hurricanes)
After battling for regular game time early on his career, Smith went on to make 126 appearances for the Hurricanes, forming one of the greatest midfield pairings in history with Ma’a Nonu. Smith played with a lot of smarts and was one of the best decision-makers on the field. He played in one final in which he captained the Hurricanes in the 2015 loss to the Highlanders. 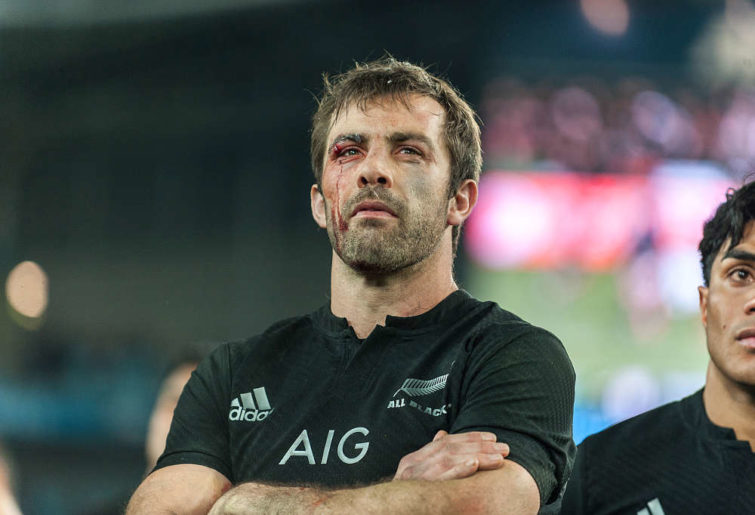 12. Ma’a Nonu (Hurricanes, Blues, Highlanders)
With 174 games across three teams, Nonu is one of the best backs to play Super Rugby. He was still playing at a high level in 2019 for the Blues and many were predicting he would be a surprise inclusion in the All Blacks. Nonu played his best rugby at the Hurricanes, starting on the wing before settling in the midfield. Nonu made two finals, including the infamous fog final of 2006. 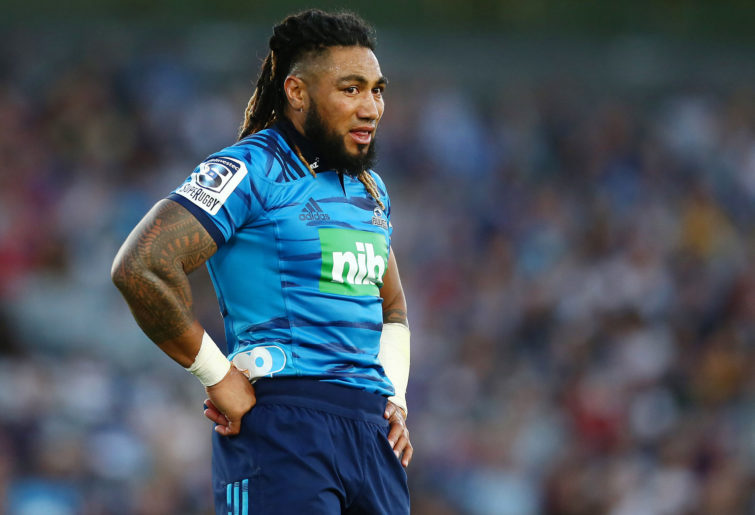 11. Tana Umaga (Hurricanes, Chiefs)
Albeit that Umaga generally played on the right wing or the midfield, I had to include him in this team as I did not want to split the Nonu-Smith combination. Umaga is one of most respected rugby players to have played Super Rugby, playing 129 games. He was part of a formidable Hurricanes back three in the early 2000s with Cullen and Jonah Lomu. Umaga is currently an assistant coach for the Blues.

10. Tony Brown (Highlanders)
Like Wilson, Brown was a member of the Highlanders team that made the 1999 final. The game was held at the old Carisbrook stadium and was dubbed ‘the party at Tony Brown’s house’. This was a play on a popular New Zealand commercial at the time. He amassed 857 points in 91 appearances for the Dunedin franchise. Brown was a great tactician at flyhalf as well as a solid defender. He was the assistant coach for the Highlanders when they won their sole title in 2015.

9. Byron Kelleher (Highlanders, Chiefs)
The aggressive halfback with a swift pass was a key contributor in the 1999 Highlanders run to the final. In 2004 he moved to the Chiefs and helped them make their first play-off appearance that year. He played 92 games across the two franchises.

8. Jerry Collins (Hurricanes)
In selecting another player slightly out of his regular position, the late Jerry Collins was a brute force with the Hurricanes. He played blindside flanker but did play a number of games, including Tests at the back of the scrum. A strong ball carrier and one of the hardest tacklers to have played the game in modern times, Collins was part of a dynamic loose trio for the Hurricanes in the mid-2000s that featured Chris Masoe and Rodney So’oialo. 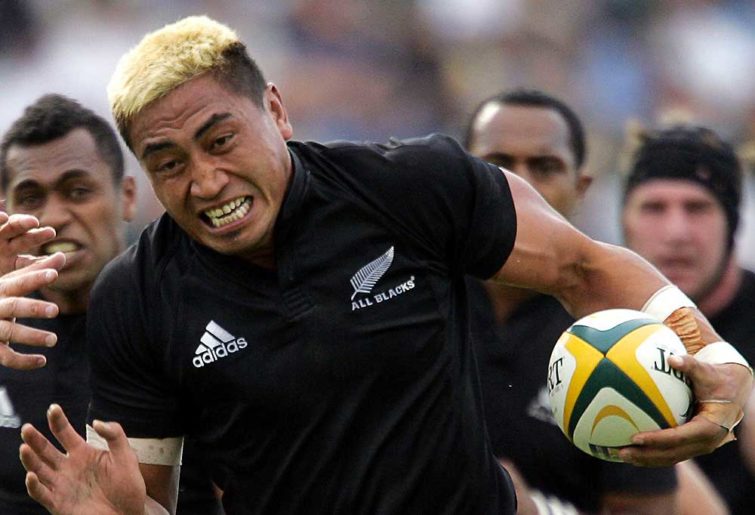 7. Luke Braid (Chiefs, Blues)
This is a slightly controversial selection ahead of players like Josh Kron-field and Marty Holah. The loose forward always impressed with a great work rate and high-level performances in a Blues team that struggled in the period from 2012 to 2105. Braid was recently named in an XV of the best players when playing overseas. He amassed 329 carries, 350 tackles and 40 turnovers in 36 away games. 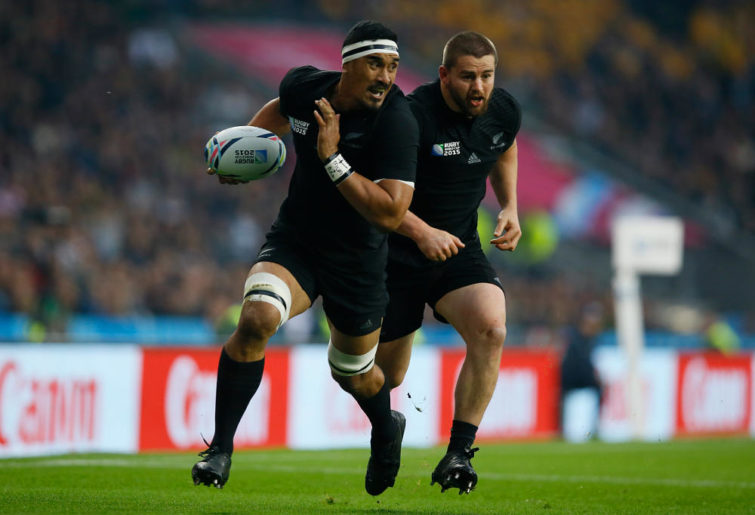 6. Jerome Kaino (Blues)
The double World Cup winner regularly stood out for the Blues, especially in their struggles since last making the play-offs in 2011. Kaino played 139 games for the Auckland franchise. After a brief stint in Japan he returned in 2014, when he continued on the strong form that saw him become one of the best loose forwards in the world.

5. Anthony Boric (Blues)
Playing 72 times for the Blues, Boric was an athletic lock forward that was effective at lineout time and had great mobility around the field. He was rewarded for consistent play in Super Rugby by being the first picked for the All Blacks in 2008. He was part of the 2011 World Cup-winning squad.

4. Paul Tito (Chiefs, Hurricanes)
The man nicknamed ‘The Fish’ for his ginger hair was a cult hero in his province of Taranaki and for the Hurricanes. Playing 84 games for the Hurricanes after a brief stint at the Chiefs, Tito was regarded as one of the best lineout forwards during his career. He was also a very mobile lock who loved running with the ball in hand.

3. Carl Hayman (Highlanders)
With a 120-kilo and 193-centimetre frame, Hayman is considered by many to be one of the strongest props to play the game. He was a dominate scrummager and a renowned lineout lifter utilising his immense strength. Hayman played 81 games for the Dunedin based franchise.

2. Andrew Hore (Crusaders, Hurricanes, Highlanders)
After limited game time with the Crusaders in 2001, Hore established himself with the Hurricanes from 2002 to 2011. In that time he was awarded the New Zealand Super Rugby player of the year in 2008. He was an industrious hooker who was difficult to remove at the breakdown with his great body position and strength. He was a busy player close to the tryline, including scoring a hat-trick in his 50th match of Super Rugby in 2006.

1. Carl Hoeft (Highlanders)
Being part of a strong front row in the late 1990s with Anton Oliver and Kees Meeuws, Hoeft built a strong reputation as a technically strong scrummager. He was not the flashiest of players but he generally delivered at set piece and made the effort to work on his general play to earn high honours. He played 98 games for the Highlanders.

Roarers, who would be in your XV of New Zealand players who have never won a Super Rugby title?