This is world football’s greatest XI of the modern era. Prepare your comments.

Pep Guardiola
You should know why Guardiola’s the world’s best manager in the modern era. He’s dominated all of Europe, and his resume is something that should be remembered. This is his list of trophies he has won as a manager. 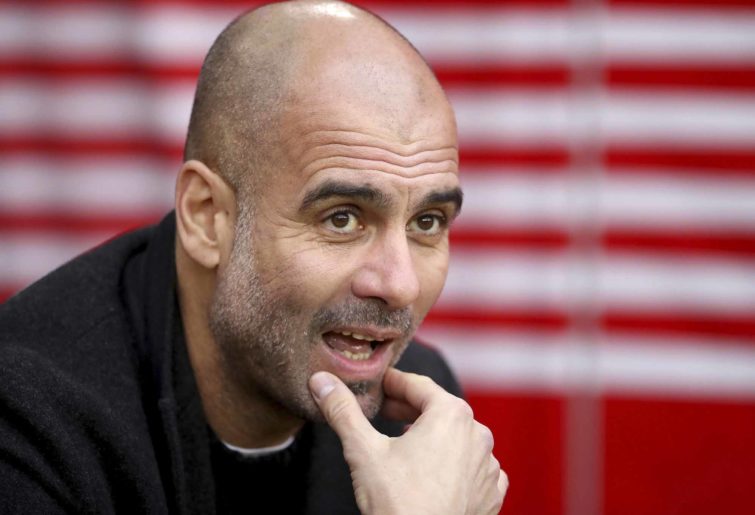 Lionel Messi
Messi is the greatest striker of all time, equal only to my second choice in this team. His career with Barcelona and Argentina has been unreal, even Michael Jordan-like, having ranged from his amazing free kicks to winning the UEFA Champions League and helping Argentina to the World Cup final in 2014. The great Arsenal manager Arsene Wenger said Messi is the best player in the world by some distance. Messi has multiple Ballon d’Ors. The only thing missing is a World Cup trophy.

Cristiano Ronaldo
Equal to Messi as the greatest player in the modern era is Cristiano Ronaldo. Ronaldo’s career has spanned four different clubs, starting at Lisbon in home nation Portugal before going to Manchester United to help the Reds win the Premier League six times and claim five European crowns. Ronaldo then made the move to Real Marid, where he’s helped the club win the UEFA Champions League four times along with multiple domestic cups and leagues. Moreover, his move to Real Madrid was a chance to see the Messi-Ronaldo clash, which was quite the highlight. His last move was to Juventus has seen him win the league, but he’s not yet been able to get to the Champions League final.

He helped Portugal to the 2016 Euros and has the most goals for his country, but like Messi, he’s yet to claim a World Cup.

Kaka
There was many choices for this position. People will ask why not Ronaldinho or David Beckham, but you just can’t go pass Kaka. Though he would start on the bench, he is one of best Brazilians in world football. Kaka has played for Europe’s finest, including Real Madrid and AC Milan. He had amazing link-up play with the Rondalo at Real Marid, helping the team to winning La Liga and the Champions League, and he was a star at AC Milan when winning the UEFA Champions league in 2007. The great Pele describe him as a “complete player”, which shows how great he was. He was part of the 2002 World Cup-winning team in South Korea. Kaka on the bench wouldn’t be a bad option with five minutes to play if in need of a goal to win. 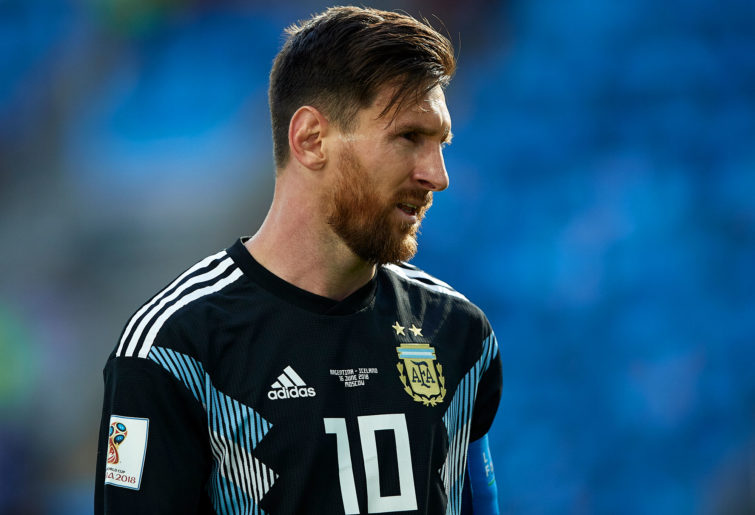 Andres Iniesta (central midfielder)
A legend at FC Barcelona, he was key in their tiki-taka style under Pep Guardiola. Has won a World Cup with Spain with the winning goal and has 35 trophies at club level.

Former Argentinian national player Juan Roman Riquelme said of Iniesta: “The one who plays the game best is Iniesta. He knows exactly when to go forward and when to drop back … He picks the right moment to do everything: when to dribble, when to speed things up and when to slow things down. And I think that’s the only thing that can’t be taught or bought. You can learn how to shoot and how to control the ball, but being aware of everything that’s happening out on the pitch – that’s something you’re born with or not.”

What a player, He has to be included in this list.

Xavier Hernandez Creus (central defensive midfielder)
Another FC Barcelona legend, Xavi was key in helping Barcelona claiming their titles. He is the embodiment of the tiki-taka way. He was an integral part of Spain’s 2010 World Cup team. Xavi and Iniesta had amazing cohesion, which is why both must be on this list. Xavi has eight domestic titles, three Copas del Rey, six Supercopas and four Champions League titles, plus a Club World Cup to go with his World Cup. He was part of one of the best Barcelona teams in the modern era and is one of the greatest midfielders in world football.

Eden Hazard (central attacking midfielder)
I know this gong to cause a stir in the comments, but what a player. He’s a multiple Premier League champion with Chelsea and helped Lille to a title in 2010-11 season. He’s won the Europa League several times and has now won the Supercopa de Espana with Real Marid.

If Zinedine Zidane is saying this about you at 19, you are the world’s best: “Eden is technically gifted and very fast. He will be a major star in the future. I would take him to Real Madrid with my eyes closed.” What a player. Hopefully he’ll help bring titles to Real Madrid.

Frank Ribery (left wing)
What a player. You can’t pass him. Forget about him right now at Fiorentina. Think about what he did at Bayern. Just amazing. An eight-time Bundesliga winner, six-time DFB-Pokal winner and a Champions League winner, he’s also a Club World Cup winners as well. At the international level he was plagued by injuries and was stiff not to win the World Cup in 2006. He’s just a legend and was justly described as a “jewel of French football” by Zinedine Zidane.

Arjen Robben (right wing)
With Multiple Premier League crowns with Chelsea, which everyone forgets about, and a winner of La Liga with Real Madrid, he’s a real legend. Moreover, he helped Bayern to eight tiles and singlehandedly won them the Champions League. He’s another guy who should have a World Cup medal. Borussia Dortmund Kevin Grosskreutz described him as “a world class player. He can, as we know from experience, decide a game on his own. To stop him, you have to double him”. 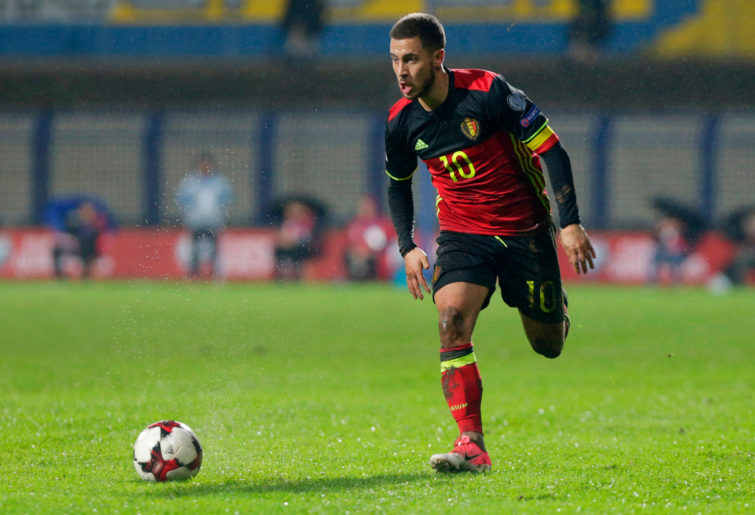 Vincent Kompany (left back)
The Belgian has been amazing and a world-class player for Manchester City and his nation. Won multiple Premier League titles and FF Cups. He’s also an astounding leader, as he has shown with his style of play. I know he plays at centre back, but he could easily move into left back.

Philipp Lahm (right back)
He’s a genuine legend of the modern era playing for Bayern and a World Cup-winning captain. An eight-time Bundesliga winner, six time DFB-Pokal winner and a Champions League winner, he also won the Club World Cup. He’s a star of player for Germany and will be seen as the star of German football.

Rio Ferdinand (centre back)
He’s the only Englishman to make this list, but what a player. He won six Premier League titles with Machester United and is a Champions League and Club World Cup winner as well. He’s just a great player and will go down as a great of the modern era.

Dani Alves (centre back)
The most decorated player in the history of the sport, with 40 trophies. In addition to this, he’s just a great centre back. Taking away what happened at the 2014 World Cup, he’s just an astounding player and had to make this list. He won loads of domestic trophies with Sevilla, Barcelona, Juventus and Paris Saint Germain and has won two Copas Aremica with Brazil. What a player. He’ll go down in the hall of fame.

Carles Puyol (centre back)
He’s a legend at FC Barcelona and Spain with six domestic titles and three Champions League wins and was captain of his country in its 2010 World Cup triumph. He’s a once-in-a-generation player. Former teammate Xavi summarised: “Puyol is the key not just because he is one of the best defenders in the world but because of his character. He never lets up.” That’s all you need.

Sergio Ramos (centre back)
Yes, I can see the comments section firing up again. But Sergio’s aggressive tactics make him one of the best centre backs in world football. He’s a Real Marid legend with multiple domestic titles to his name, a four-time Chamions League winner and a four-time Club World Cup winner. He’s also a World Cup winner as well. Like Puyol, he’s a once-in-a-lifetime centre back.

Manuel Neuer
What a shot-stopper! He has just amazing reflexes and was effective in stopping penalties. An eight-time domestic champion with Bayern, a Champions League winner and Club World Cup winner, not to mention a World Cup winner in 2014, he’s the best goalkeeper of the modern era.

Gianluigi Buffon
I had to put him on the list. He’s an Italian legend and is easily Neuer’s equal. He has the most clean sheets in Serie A, which is a feat in itself. A nine-time Serie A winner and a four-time Coppa Italia winner, he’s cherished for his 2006 World Cup efforts.

Ronaldinho said: “There have been some very good goalkeepers in my era, but Buffon is there for consistency. Most of the goalkeepers have had times when their form has not been so good, but Buffon has been at such a high level for so long”. He’s just a once-in-a-generation player.