The big headline being reported by London’s Daily Telegraph – although this is unconfirmed – is that, despite the utterances of World Rugby Chair Bill Beaumont, the Six Nations may move back a month from its sacred February to March slot, while the Rugby Championship would move forward five months to join it.

In a move that was predicted by Beaumont, the current July tours south by Six Nations teams would move to October. This would create a continuous two-month run of international rugby with the existing November internationals in Europe.

All of this would appear to lay the foundations for a fairly coherent World Nations Championship each year (although one run of games would have been better) and the global season that everyone seems to want. It could also pay for the expansion of the game by bringing Japan and Fiji into the Rugby Championship.

Working together
My first reaction is great, rugby bigwigs around the world seem to be working together for once. That is a massive change in mindset and has to be good news.

But we need to look closely at what it would mean for the two hemispheres. I must stress that none of this is confirmed, and there are a lot of blank spaces to fill in.

Southern hemisphere – a fairer share of a bigger cake
The big potential gain for the South is money. The theory is that a meaningful championship in October/November will be a bigger draw to casual fans than the existing, often one-sided, reciprocal internationals. Also, if Japan is brought into the Rugby Championship another big market is introduced soon after their fantastically successful World Cup.

The financial aspect cannot be underestimated – let’s face it, we were all struggling to make ends meet even before COVID-19 struck.

The massive unknowns, though, are whether the money will come and if so how will it be divided up. The potential upside is mainly in the north – that’s where the population and therefore money is – and they will want to keep as much of it as possible.

But for this upheaval to be worthwhile to the south we need to get a share of it too. Because it will turn our season upside down.

For all its many faults, the SANZAAR season is the perfect structure. It’s in two distinct halves, so there is only one transition between club and country, something which happens no less than five times in Europe. That gives coaches a chance to work with players for extended periods and build a true team.

It also provides the ideal path up a proper rugby pyramid. A club player plays with NPC/NRC/Currie Cup players in his local club comp in the first half of the season. If he’s good enough he then plays in the next tier up in the second half. There he plays with Super Rugby players, and if he’s good enough he steps up in the first half of next season to play with internationals in Super Rugby.

Those two perfect halves are gone in the proposed plan. Administrators will need to be wise in how they structure the five-to-six months between the international bookends to develop and prepare players and get the public interested. There is also the risk that Japan and Fiji will be uncompetitive.

On the other hand, those months are a great blank canvas onto which we can paint a club picture which works. But that’s a whole different article.

Northern hemisphere – more money and a cleaner season
It’s hard for those of us down under to comprehend the conservatism of British rugby fans. Tradition is so important to them and their instinctive reaction to any proposed change is to worry about what they might lose, not get excited about what they might gain. 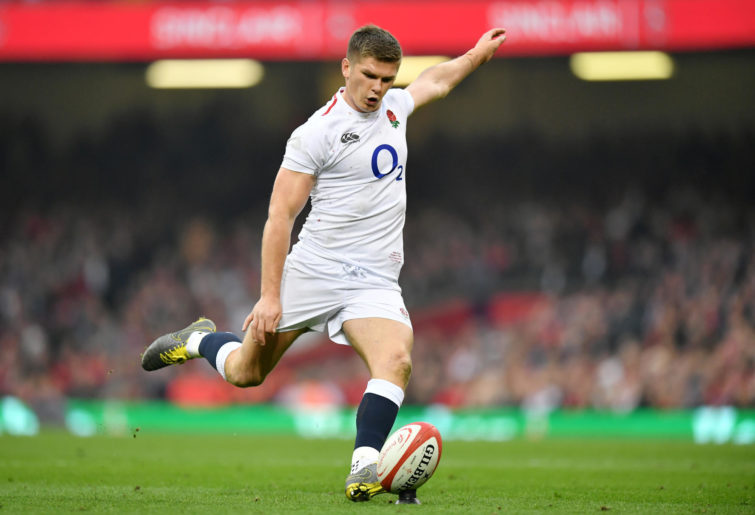 Even with the northern hemisphere, the big driver is financial. All the Six Nations were short of money before the crisis, paying for expensive national stadia and/or competing with the French and English clubs for their own players. Even England’s wealthy RFU has been running losses.

If the proposed annual World Nations Cup is as big a money-spinner as people think, it could be a game-changer if the money isn’t wasted.

Also, this plan would improve the structure of their season for both club and country. It would give international coaches extended periods to work with players and stop much of the toing and froing of club players to their sometimes far-flung nations.

Remember when Tatafu Polota-Nau had to fly to Leicester and back in the middle of the Rugby Championship and Finn Russell got injured playing for Racing in the middle of the Six Nations? Of course, this might also make southern players more attractive to northern clubs.

The Northern season would start with the October internationals, or maybe some warmups against southern provincial teams or Pacific islands to act as a preseason. If the latter occurred that would be a real boon for their hosts as well as an attractive alternative to a preseason slog in the changeable British climate.

And wouldn’t the northern international coaches love to have their players for preseason to get their fitness up?

The club season would be in two runs, 13 weeks from December to February and 17 weeks from April to July. It means that it is never competing with the international game and the climax is not swamped by soccer or the bad British weather. Okay, the last one isn’t guaranteed.

Conclusion
Internationals are what makes rugby special. They draw by far the most interest from committed and casual fans alike, are the pinnacle for players, and subsidise the rest of the game. This plan could keep the international game healthy and national unions afloat, while also improving the club season.

However, there are also major potential pitfalls.

This is a once-in-a-generation opportunity – we need to get it right.