troyhanning345129
Roar Rookie
16th May, 2020
0
Join the conversation
Advertisement
Write for The Roar

Years and years of scandals from the Jail Blazers plus a slow and gloomy rebuild had taken its toll on the Blazers community.

In their last draft, they picked up Martell Webster with the sixth pick. They originally had the third pick and could have taken a player like Chris Paul. Instead they signed a rookie who was already in the G League before the all-star break.

The results? The worst record and fan attendance in the league.

But Blazers fans were in luck for the 2006 draft day, signing Tyrus Thomas with the fourth pick. No, that’s not why. They traded Randy Foye, the Blazers’ seventh pick, for Brandon Roy, the Timberwolves’ sixth pick.

This turned out to be a good day for the Blazers. But before it was over, they traded Tyrus Thomas for LaMarcus Aldridge. Looking back with hindsight, this was a very good day.

Roy immediately went out of the gates swinging with a 20-point performance for his first game against the Seattle SuperSonics. Aldridge took a little longer to break out but he averaged nine points and five rebounds on 22 minutes a game for the season.

It wasn’t that Aldridge was bad, but he was playing behind the team’s best player: Zach Randolph. Most forget that Randolph was the face of this fledgling team for quite a few seasons.

Maybe people forget because the Blazers were horrible during this time. Maybe they just never watched in the first place. But that didn’t matter because it was now explicitly clear that Roy was the future. 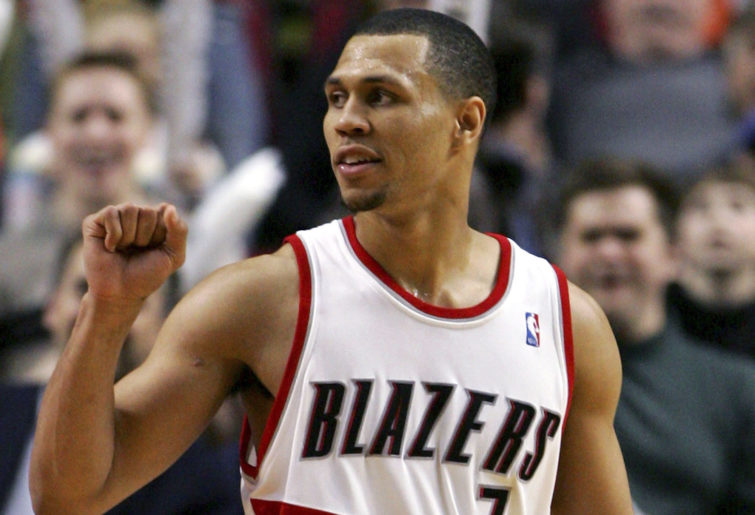 He was an exciting athletic combo guard who from the very beginning possessed late-game heroics. Whether facing the Kings, Hawks, Wizards, Suns or Bucks, Roy’s rookie season highlighted game-winner after game-winner on every one of these teams.

Immediately, comparisons between Roy and Clyde ‘the Glide’ Drexler surfaced. He was the next legendary guard to carry the Blazers to new heights. But although Drexler had the best finger-roll games of all time and was a much better athlete, Roy was the guy you wanted with the ball in his hands at the end of games.

In fact, Roy most reminds me of Damian Lillard. He had a great all-around offensive game, was super crafty and would not take no for an answer.

And his rookie year is still revered today. He averaged 17 points and won rookie of the year. It would have been unanimous but Andrea Bargnani got a single vote. Roy and Aldridge would make all-rookie first team and with the help of Jarrett Jack and Randolph, would finish the year 32-50.

From finishing dead last in home-crowd attendance, they left 2007 in the 22nd spot. This was progress – a sign of good things to come. Fan favourite Brandon Roy carried his luck over to the draft lottery, where he represented his team and secured the first pick. They had a 5.3 per cent chance of getting that first pick. Roy’s stardom only grew.

They were now heading into a draft with two clear options: Kevin Durant, a lanky, laid-back scorer who lacked defensive fundamentals and who needed to bulk up, or Greg Oden, a dominant, NBA-ready centre who needed to polish his post moves.

This decision changed the course of history.