matth
Roar Guru
16th May, 2020
18
Join the conversation
Advertisement
Write for The Roar

Following on from my recent article on what cricket books I have lying around, I thought I’d share my relatively small set of rugby league books and ask Roarers for their favourites.

Ian Collis and Alan Whiticker: 100 Years of Rugby League
Written for the centennial of the game in Australia, this two-volume set by two of the game’s great historians is a delight and it covers all the major moments. Unfortunately, for a Queenslander, it is still Sydney-centric, but we were terrible at keeping our history up here and what little we had was damaged badly in the 1974 floods. The beautifully presented photos in this are great. 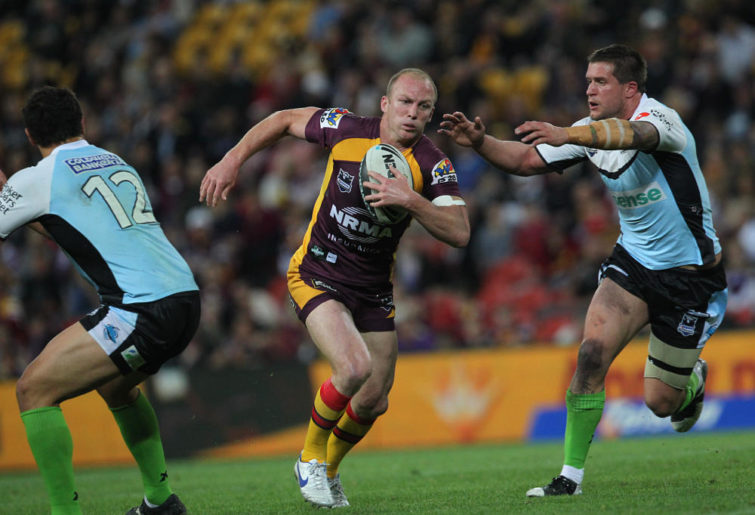 Rugby League, A Modern History 1966-2015
This is a good year-by-year history of NSW and international rugby league from the end of the St George Era. It’s one I go back to, to help my fading memory.

Steve Haddan: Our Game, The Celebration of Brisbane Rugby League 1909-1987
I love this book! Finally a history that brings all the colour and joy of the BRL into one place. This year-by-year chronicle is an excellent resource and has a lot of great stories thrown in. It’s light on stats, just a yearly table and the results of the finals, but heavy on game descriptions and it revels in the sometimes ridiculous world of rugby league politics. Some player bios would have added even more to what is a mammoth, quality read.

Will Evans and Nick Tedeschi: The Book of NRL Lists
The title says it all. This little known book hits me right where I live and it’s one I go back to time and again. It’s byline is “the Biggest, the Best, the Shortest and the Rest” and that’s what it’s all about. In addition to the usual most games, tries and the like, there is the shortest, the best beards and many, many more.

Bernie Pramberg, Paul Malone, Mike Colman and Barry Dick: Broncos, 20 Fabulous Years
This is an unashamedly Queensland view of the Broncos’ rise to become the most powerful club in Australia. So of course, I love it!

Jack Gallaway: Origin: Rugby League’s greatest contest, 1980-2002
This is a pre-Queensland dynasty history of State of Origin and it captures well the beginnings of the concept that very nearly never happened and then the early blood and thunder that made Origin the showpiece it is today. There’s not a heck of a lot in here about completion rates, but the stories from both sides are tremendous.

Jack Gallaway: The Brisbane Broncos, the Team to Beat
This is standard Brisbane fanboy stuff, but it provided a nice history of how it all began and how Brisbane transformed from underachievers to premiers in five years.

John Elias: Sin Bin, the untold story of a true footy bad boy
Now this is what I’m talking about! What a book. Honest, brutal and full of character. The John Elias story is as much about a life of crime as a life of rugby league and it’s a roller coaster and worthy of a movie. The shame is that Elias could have been a better footballer if that had been his focus. The one time he got out of the Sydney fishbowl he was man of the match in a BRL grand final featuring a number of the Origin greats, coached by Wayne Bennett. The first line of this book is enough all by itself.

Wayne Bennett: The Man in the Mirror
Let’s get this out of the way first up. I really rate Wayne Bennett as a coach. Grand finals at four clubs, with victories for three and prelims at two more make him one of the best of all time. But I just didn’t love this book. I had great hopes after the excellent Don’t Die with the Music in You but this one had no great insights and felt like a forced attempt at being a guru, with a bit of self-justification thrown in. Oh well, the man can coach.

Darren Lockyer
This was a nice trip down the memory lane of Broncos success from one of the most talented players of all time, but honestly it’s pretty standard fare. I find most rugby league biographies are not works of art.

Rugby League Week
Big League has its fans and the match-day team lists were always valuable, but there was nothing quite like Rugby League Week. I bought every issue from 1978 to the mid 1980s and then continued from time to time right up to the end. The gossip and controversy were great, but to a details person like myself, it was the previews, game reports and most importantly the player ratings each week that brought me back. And they had a BRL section for a long time.

Tom Brock lectures
To those who have not heard of these, I highly recommend you get on Google. They are available as PDF transcripts of the annual lecture, which explore the history of rugby league, especially the formative years in Sydney and those early internationals. A treasure.

NRL Hall of Fame bios
The NRL cops a lot of flak for a myriad of reasons, but there is once recent initiative that can’t be faulted: the revival and development of the Rugby League Hall of Fame. This was initiated in 2008, then fell by the wayside even while there was a tug of war over the ownership and development of the Immortals concept. It has been recently revived and the rules codified to give this honour the attention it deserves. Each inductee has a biography and they are a wonderful trip through the decades of rugby league.

So that’s my little rugby league library. Roarers, let’s hear about yours.