June 25 is the day on which four bids and five nations will learn their fates and whether they will host what has briskly become one of the most viewed and anticipated events in world sport.

France 2019 saw an estimated global audience of one billion. The USA claimed the title with a 2-0 victory against the Netherlands and Australia’s Matildas fell short in a penalty shootout against Norway in the Round of 16.

Australia and New Zealand have their sights firmly fixed on the next edition of the event, in a joint bid that would add immense value and attention to women’s football in the Asian confederation. The financial benefits of hosting can never be underestimated and a well-managed and orchestrated World Cup would be a boon for any economy given the opportunity to do so.

Japan, Colombia and Brazil have also tabled bids for the event and could well do with the pleasing news of a successful outcome. 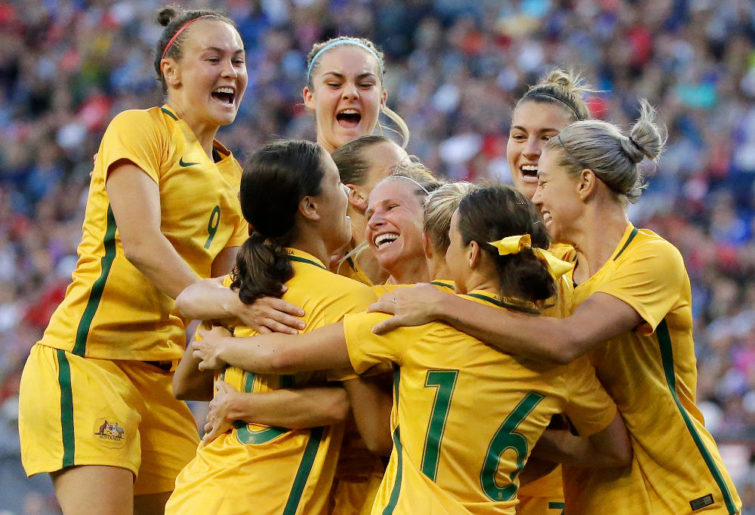 How good would the Matildas be in a home World Cup? (AP Photo/Ted S. Warren)

All three are still consumed by a coronavirus that has brought the globe to a near standstill. Many hold grave fears for them in the medium to long term in light of the comparatively low levels of testing initiated by their national authorities.

As such, football may not be the most pressing issue on the minds of the citizens of three very proud round ball nations, particularly in Brazil, where in recent weeks the situation has become dire.

The sense of hope and optimism around the Australia/New Zealand bid is in direct contrast, as both economies slowly re-open, students return to the classroom and cases of the virus continue to lessen. At the time of writing, just ten new cases had collectively emerged from the two nations over the previous 24 hours.

Of course, it is unlikely that a global pandemic will play in role in the final decision. However, the trans-Tasman bid does stand the best chance of being able to immediately action the planning of a tournament that can be expected to be even bigger and better than the version we witnessed in France.

The clouds of suspicion that always surround FIFA’s decision making and Australia’s experience as a victim in the 2022 race that saw Qatar earn the rights to host its first World Cup, potentially causes most Australians to be nothing more than cautiously optimistic about June 25th.

Personally, hearing Japan, Colombia or Brazil announced as hosts would not surprise one iota. However, if FIFA is legitimately driven by an altruistic desire to further spread the hosting duties of major tournaments around the globe and into relatively newer markets where growth is possible, this decision should be a no-brainer.

Sydney 2000 proved just how well Australia does major events; the world arrived, was subsequently impressed and many still cite the games of the XXVIIth Olympiad as the best ever.

With its trusty and loyal foil New Zealand at its flank, there is no reason why the exact same impression would not be left on the football worlds mind after a Women’s World Cup down under.

The quality of stadium infrastructure is of little consideration, with both nations blessed with facilities capable of hosting matches in smaller boutique stadiums during the group phase, as well as possessing the larger venues required for knockout matches in the later stages of the event.

While far from perfect, the world-class airport, hotel and transport infrastructures both nations possess would add further appeal to the bid for the 34-member council that will ultimately make the final decision.

Considering both countries’ excellent track records as hosts of big events and the fact that domestic fans will attend in droves, the duel bid ticks all the boxes, bar perhaps both nations being seen as traditional football powers. 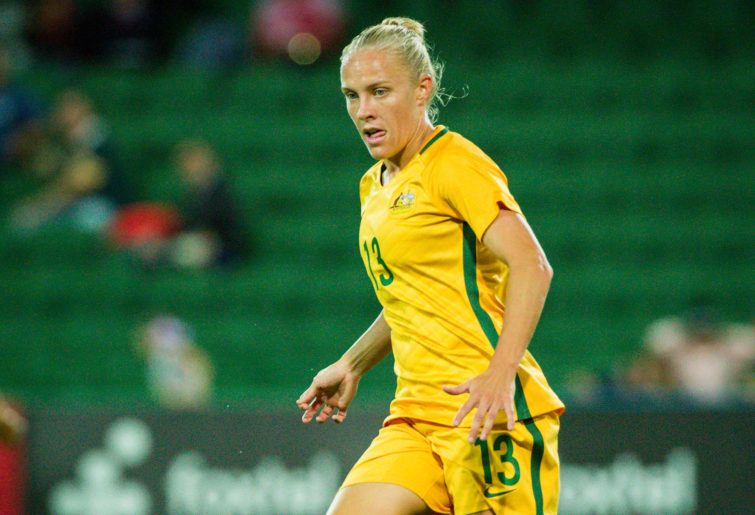 However, if FIFA is true to its word, and that is a big if, that fact could actually provide yet another reason for the pinnacle of the women’s game to come to our shores in 2023.

For Australia specifically, it would provide a much needed shot in the arm for an economy that will soon begin repairing itself after the still to be fully known consequences of the COVID-19 pandemic. No doubt New Zealand will be in a similar position and hoping for a similar benefit.

The comparatively excellent manner in which the medical experts of Australia and New Zealand have worked with mostly decisive and firm governments to minimise the extent of the pandemic, should have been noted by FIFA.

If included with the array of other pros outlined above, it appears there may only be one thing that could possibly stop the council awarding the Women’s World Cup to Australia/New Zealand.

I’ll leave the identification of that one thing up to you and hope that the 2023 tournament is headed our way.