adriandon
Roar Rookie
18th May, 2020
18
Join the conversation
Advertisement
Write for The Roar

Moving the A-League to winter and introducing a second division with promotion-relegation would provide many benefits.

These include that games are played in the best temperatures. End-of-season games occur during the relatively free sporting period of October, November and December.

There is an alignment with the NPL and Asia, along with more intensity in games between lower-placed teams battling relegation. In addition, there would be more players to develop and more fans to engage in more regions.

The biggest (non-financial or health) challenge is the availability of stadiums and quality of pitches. This is an analysis of the stadium situation in each region of Australia and New Zealand, over two parts (today and tomorrow).

If the A-League begins at the start of March, at least one of the other three football codes will also be playing on 28 weekends from then until the start of September (their finals series in June and September could add weekends, but are unknown quantities).

Remove the international football windows in March, June and early September, and the A-League will play on 25 weekends.

It would likely be less than 25, because otherwise the season would not go beyond early November, and there could be mid-season breaks for international tournaments and FFA Cup games at mostly suburban venues. However, for argument’s sake, let’s analyse the worst case scenario where each club hosts 12 games over the 28 weekends.

Melbourne
Victory and City share AAMI Park with the Storm (11-12 games) and the Rebels (7-8 games). In 2020, there was due to be at least one form of rugby on 15 of 28 weekends; although six weekends involved a sole Saturday game, meaning Friday was free before rugby affected the pitch. Scheduling 24 Victory and City games around this would be the most complex fixture juggling for the A-League, but it is possible.

Victory could also play some games at Marvel Stadium. In 2020, it was due to host an AFL game on 23 weekends, but only five times on Friday night.

Western United’s stadium in Tarneit will be available all year when (if?) it is built. If they continue to play a few games in Geelong and Ballarat, they could easily work around the nine AFL games at GMHBA Stadium and two games at Mars Stadium.

If South Melbourne and Melbourne Knights enter a second division, they come with their own stadiums. The “Team 11” bid requires a new stadium in Dandenong, but they would be the main tenant. Any other new team would also likely need a new stadium.

Perth
In 2019, the Glory shared HBF Park with Western Force, who competed in the new Global Rapid Rugby after their exit from Super Rugby. The future of Global Rapid Rugby and the Force is unclear, but if they do continue to play at HBF Park, Perth will want to avoid those 5-8 games. Regardless, the stadium has room for a second Perth/Fremantle-based team.

Adelaide: All hail Hindmarsh – the sole, major football-only stadium in Australia and New Zealand! There is room for a second Adelaide-based team, too. 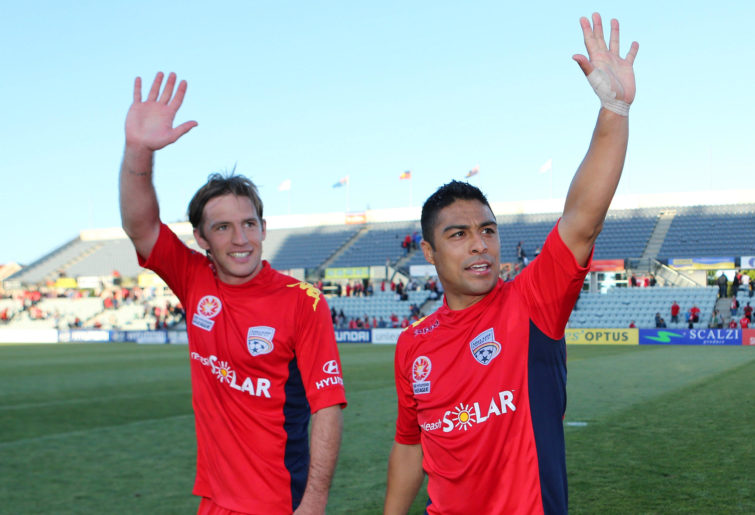 Tasmania
A new team would face little competition for stadiums, with only two AFL games in Hobart each year and four in Launceston. An appropriate stadium is the greater issue, with a new rectangular stadium or modification to an oval required.

Auckland
A new team has a few options which ensure sufficient availability. In 2020, the Blues were due to play five games in 28 weekends at Eden Park; while the domestic rugby union team Auckland hosts five games there each year from around July to October.

In 2020, the Warriors were due to play ten games at Mount Smart Stadium. There is also North Harbour Stadium, where the domestic rugby union team North Harbour hosts five games from July to October.

Wellington
The Phoenix could easily avoid co-tenants the Hurricanes, who in 2020 were due to play six games in 28 weekends at Sky Stadium, and the Warriors, who were due to play a single game. From July to October, they could also avoid the domestic rugby union team Wellington playing five games there.

Christchurch
A new team could work around co-tenants the Crusaders at the 18,000-capacity Orangetheory Stadium, who in 2020 were due to play six games there in 28 weekends. From July to October, they could also avoid the domestic rugby union team Canterbury playing five games there.