The coronavirus shutdown will be remembered for our renewed appreciation of rugby league, and how we expressed this appreciation by ensuring it looked nothing like rugby league when it returned.

For those unaware, as it currently stands, the NRL will return on May 28 to be played with unlimited tackles and penalties under the watch of one unvaccinated referee.

Hiatus has seen the game undergo dramatic reformation after being subjected to a movable feast of ideas, all of them as rank as the last.

But which stands alone as the worst, besides anything Mal Meninga’s suggested?

10. Expanding Origin eligibility
This proposal from Brad Fittler avoided a higher ranking after losing force as a bad idea through recidivism. If there is one thing we can all agree on after this mess, it’s that letting internationals play Origin is a terrible idea. Solely as it will certainly result in Jason Taumalolo suiting up for Queensland.

9. Footballers fighting Mike Tyson
Slightly outside the realms, but still qualifies for sheer idiocy. Admittedly, seeing names like Paul Gallen and Sonny Bill Williams linked with a profitable pounding from ‘Iron’ Mike was more interesting than watching thoroughbreds, darts and kickboxing, which coincidentally are three of the only means for overcoming Tyson.

8. Resetting competition points
Roosters tsar Nick Politis demanded points earned over the opening rounds be scrapped, a suggestion met with ire from everyone except the Roosters and all the other losers. Plenty have come around to the idea since though after waking up next to a horse’s head. 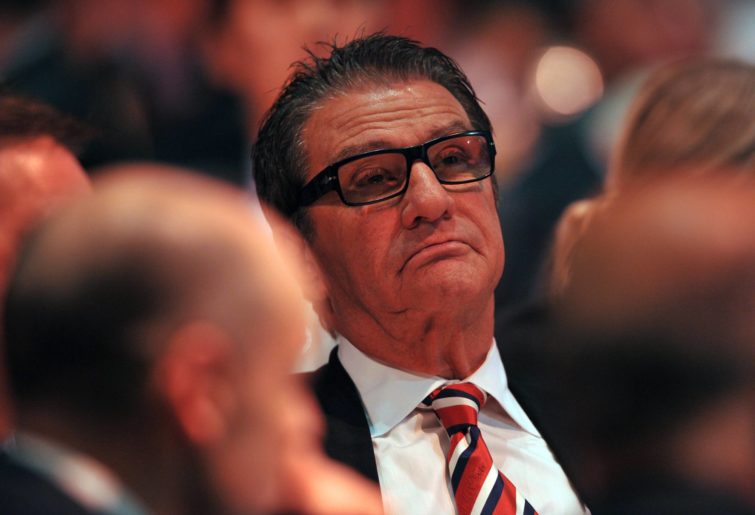 7. NRL Island
An idea to migrate all players offshore was proposed when the current island they were on – Australia, the biggest island on Earth – had run out of room because its entire 7.6 million square kilometre landscape was taken up by the NRL’s bloated head office.

6. Fractioning competition points
Meninga suggested competition points earned across the first two rounds be reduced using a ratio compared to a full regular season. For example, compare Mal’s political career to any parliament with a sitting term of 25 minutes.

4. One ref
V’Landys reached another decision by consulting a team of experts before ignoring the lot of them in favour of Facebook. The chairman made no apologies for reverting to one referee on the advice of a few burners, admitting he will bow to every demand they make except expanding to Perth.

2. Listening to fans
With all due respect to most of us, we have no idea. And for further proof the viability of polling fans for rule changes was doomed from the get-go, the top answer to the survey question ‘What innovation would you like introduced?’ was ‘scrums’.

But it’s not an idea as reckless as:

1. Leaving rugby league in its current form
Staggeringly, there are people who have wasted this layoff fantasising about rugby league in an unadulterated format. These people have no desire to shorten matches, create a conference league or even defer to the internet to overcomplicate things. If these lunatics want to follow something unambiguous, then go watch rugby.