While some changes are minor or for the needs of the team, a position change in the AFL has the potential to revitalise a fledging career.

In the brief glimpse of action we got so far this year, we saw Ben McEvoy lining up at centre half-back and Bryce Gibbs at half-back, among many other changes.

When deciding who to include in this list of best position changes, I gave weight to players who spent several years in a different position before making the switch.

Mitch Robinson: Inside midfielder to wingman
There was no obvious suggestion that Robinson’s inside midfield spot was in jeopardy. He had been a consistent performer ever since joining the Lions at the end of 2014, providing some toughness and grunt for a young side.

But the arrival of Lachie Neale and Jarryd Lyons saw Robinson pushed out of the main midfield group during the pre-season. That was when coach Chris Fagan had the idea to move Robinson outside onto a wing.

While on paper Robinson’s playing style didn’t seem to match what’s traditionally expected of a wingman, he had the best year of his career in his 11th season. He formed the best wing duo in the competition with Hugh McCluggage, who experienced a breakout season himself, and helped the Lions surge back into the finals. 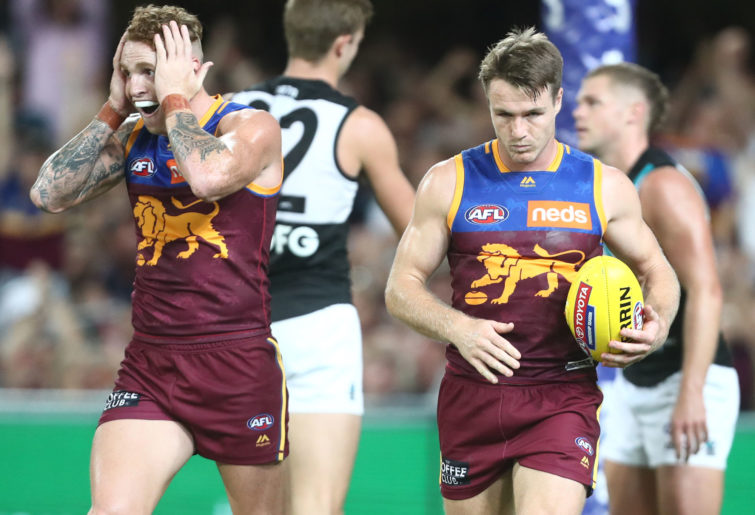 Liam Jones: Key forward to key defender
After a promising start to his career at the Bulldogs as a key forward, Jones struggled to consistently make the team in the rest of his time there. Even after being traded to Carlton he was still on the fringes of selection and his papers looked stamped in 2017.

As a last-ditch effort, he was trialled at full-back and the move became one of the great stories of 2017, with people marvelling at how he beat the likes of Tom Lynch and Jon Patton.

He parlayed this newfound form into a two-year contract, reviving a career that once looked dead and buried.

Jones has since become a fixture in Carlton’s side and was even inducted into the leadership group at the start of this year.

Chris Mayne: Centre half-forward to wingman
Mayne arrived at Collingwood over the 2016 off-season, looking to provide support for a young and struggling forward line.

But he only played three games in 2017 before being regulated to the VFL, and there were even reports that Collingwood was looking to trade him to shift the remaining three years of his contract.

Over the 2018 pre-season Mayne slimmed down so he could play on the wing, with his opportunity coming in Round 6 when James Aish got injured.

Mayne locked down the spot, played every remaining game that season and was one of Collingwood’s best in the 2018 grand final. The tackling forward pressure that made him stand out at Fremantle naturally translated to a defensive wing role.

He’s also played as a defensive forward and backman in addition to his wing duties, showing his versatility as a player.

After the Pies once tried to move his contract, Mayne added an extra year to it by re-signing this year, further signifying his importance to the side.

Devon Smith: Small forward to midfielder
Admittedly, it’s common for a newly drafted player to begin their career in the forward line before transitioning into the midfield.

The difference for Smith was that he was surrounded by an abundance of talented midfielders at Greater Western Sydney and was never able to truly break out of the forward line in his six years there. He wasn’t even in the Giants’ 2017 finals side before he requested a trade to Essendon at the end of the year.

Prior to the 2018 season, there were questions over whether Smith could be the inside midfielder that the Bombers needed, after Jobe Watson and James Kelly retired.

Once he got his first true crack in the midfield Smith thrived, he won Essendon’s best and fairest that year, made the All Australian squad, and set the record for the most tackles in a season with 184.