Jaeger
Roar Rookie
19th May, 2020
21
Join the conversation
Advertisement
Write for The Roar

This is almost impossible, dare I say inhumane, right?

Now is the time for confessions, I am not an avid basketball follower. Aside from the fact it seemingly turns your eyes yellow, it is a sport for giants, and the best giants play in the NBA.

Well, like 97 per cent of the world’s population, I am not over six foot. Nor do I live in America.

Might be more inclined to focus more on basketball if the NBA had a six-foot (183cm) height limit division. There you go entrepreneurs, want to make some money? Establish an NBA six-foot division, lower the basket ring so everyone can dunk, and get ready for athleticism that a myriad possess, but only a few giants like Jordan can display.

Back to The Last Dance, after 1998, what happened to the ensemble?

Phil Jackson
Phil Jackson was effectively sacked by Jerry Krause (RIP), setting in motion the events of the docuseries.

If you think six championships with the Bulls was incredible, Jackson was only getting started.

Phil did it again, this time with the LA Lakers, another back-to-back-to-back NBA Championships trifecta (2000-2002). Jordan, it turns out, was human and replaceable after all.

Phil’s Lakers were another basketball dynasty. Instead of Jordan and Pippen, there was Kobe Bryant (RIP) and Shaquille O’Neal.

Jackson’s LA also made the NBA finals on no less than seven occasions, winning back-to-back titles also in 2009-2010. As a coach, Phil completed his career coaching teams to 11 titles (six with the Bulls, five with the Lakers).

We are starting to understand why Jordan did not want to continue at the Bulls without Phil Jackson as head coach.

Steve Kerr
Remember the short fella Jordan punched in the face? That was Steve Kerr.

Kerr is not that short by the way, standing at 6 foot 2 (191cm) compared to Jordan’s 6 foot 5 (198cm). In boxing they would both be heavyweights. One icon hitting another and both grew together as a result.

Outside of the NBA bubble, few would recognise Kerr as a living legend, but has done what neither Jordan nor Jackson did. As coach of the Golden State Warriors, Kerr has competed in five consecutive NBA finals, and this current run ain’t over yet. The Warriors have so far claimed three titles and their rivalry with the Cleveland Cavaliers is legendary.

Where Jordan’s era was characterised by the slam dunk, the modern legend is Stephen Curry, three-point sharpshooter extraordinaire.

Interestingly, it is not Curry, but his coach who holds the highest percentage (45.4) for NBA players who have hit at least 250 three-pointers.

As a player, Kerr went on to to claim another two NBA titles, with the San Antonio Spurs. Kerr not having his own episode felt like a bit of a sucker punch.

Scottie Pippen
The soprano would never play in the NBA Championships again. He would however, finally hit pay dirt with a five-year, $67 million deal with Houston-Portland, before a final $10 million, two-year contract back with the Bulls. 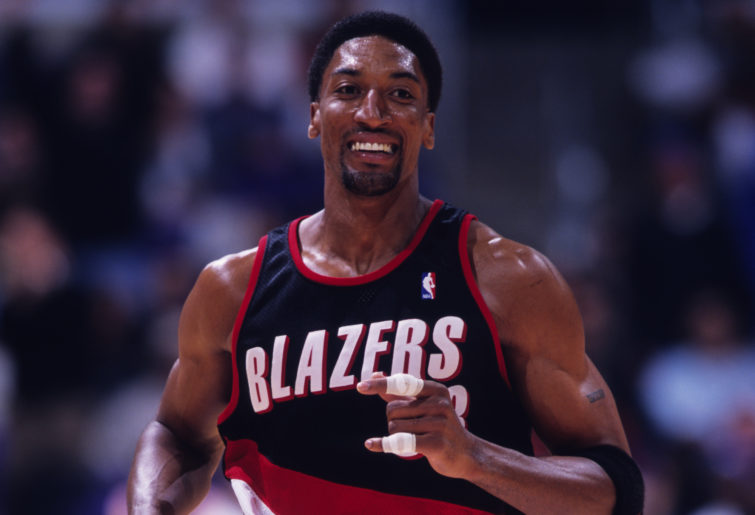 Michael Jordan
Enough is never enough for some.

And that is why he is a living legend.

Dennis Rodman
Rodman still alive, kicking and living life. Not all about sport. What a legend!