It brings together rival states and territories, attracting the most talented players in the football league as they battle across borderlines.

Now rugby wants in, but will State of Origin give the game the bonus points they desire?

History
State of Origin has become synonymous with rugby league, popularising the long-standing feud between the clashing colours of the Queensland Maroons and the New South Wales Blues.

Neither of those states lay claim to the original Origin concept.

Subiaco Oval hosted the first State of Origin meeting, on 8 October 1977, between Western Australia and Victoria.

Historic for not only seeing Western Australia ‘kick a Vic’, it was an opportunity for the western state to level the Aussie Rules playing field, at a time when Victoria dominated the league with its players and buying power.

Birthplace can be a factor, and yet Greg Inglis famously slipped through the cracks when the Kempsey-born star donned the Maroons jersey. 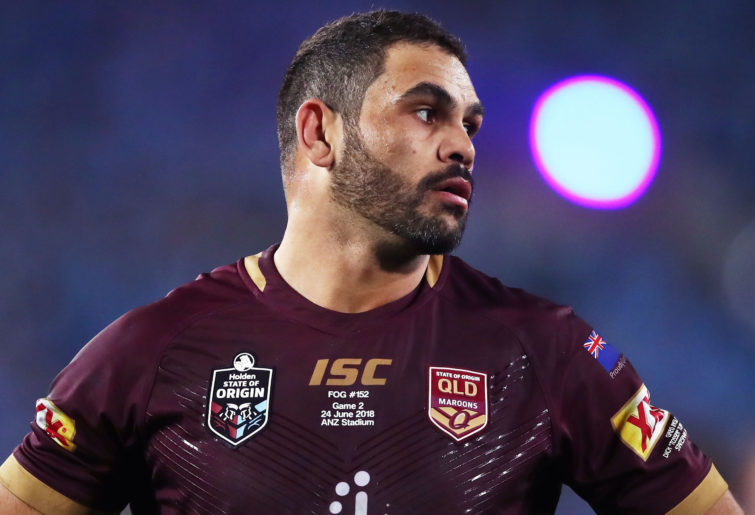 Greg Inglis of the Maroons (Photo by Matt King/Getty Images)

Aussie Rules, on the other hand, takes a less liberal approach to selection, considering most junior games played in a state. Regardless of the state or territory who eventually swoops in on the player, their early days are hallmarked by their junior club.

Both codes differ on the level of representation required for Origin selection, but they remain domestic competitions, nonetheless.

Rugby is a game played on the world stage.

Test match players must answer the call up when selected during the NRC season, but they are able to play if released.

What if the key to attracting crowds is not lining the bench with Test stars, a la State of the Union games in the 1990s, but to instead push a roster of local champions?

Take the non-Test players from the NRC and give the fans a glimpse at the up-and-coming stars.

A matter of timing
Rugby league players risk shorter turnaround times if eligible for Origin, as well as season-ending injuries for just three games a year. Given Game 1’s metro audience of 2,178,000 in 2019, it’s a risk worth taking.

Aussie rules has been more sporadic with their Origin events since 1999, as the code been promoted to a nationwide game and the talent is more evenly spread across the states outside Victoria.

Community spirit and the nostalgia of yesteryear was the main impetus for this year’s AFL State of Origin, as the bushfire relief event saw a Victoria/All Stars meeting. 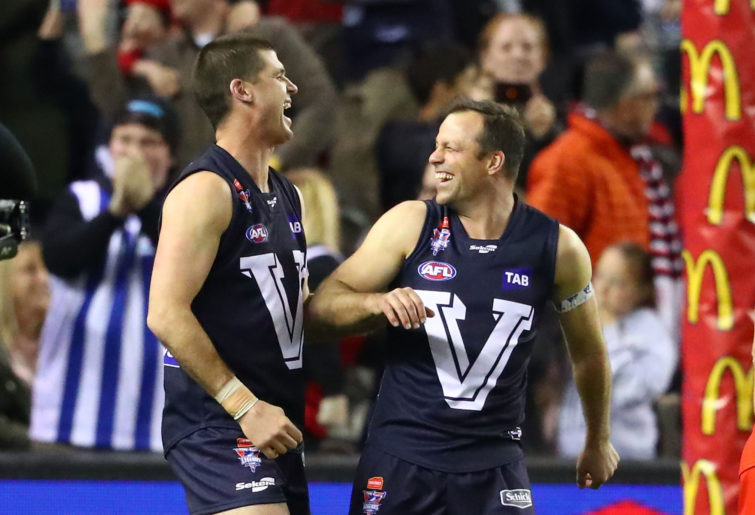 Rugby needs to find time outside of the Test series, Super Rugby calendar and National Rugby Championship, and factor in player fatigue and competition points.

Three games are out of the question.

Instead, the best and fairest from the NRC could be rewarded with their own, one-match Origin game. Inserting the ‘state’ into the Origin equation, it could mirror league’s State Championship, where the respective premiers of the Queensland and New South Wales competitions battle to determine the ultimate winner.

Up north, they shout “Queenslander!”

League’s struggle to expand beyond the Eastern side of Australia at least solidifies their supporter base and demographic.

If rugby adopts the state championship model, the colours are sure to be substituted depending on the qualifying team.

Consistency is key. Flying the provincial flags of a new team every year could send mixed messaging.

That assumes the team will remain in the competition the following year. Just ask the Western Force.

Say the code takes another phase and decides against the State Championship model, it will need to determine two areas that are established rugby territory.

Heartland
Ask a Sydneysider where rugby heartland is, and they might point to the North Shore suburbs of Mosman or North Sydney.

New Zealand could even be considered an adoptive Australian state, barring the Bledisloe series.

Grassroots, while having a revival in recent years, has long been a thorn in the administration. The women’s game has grown. Sevens is now an Olympic sport.

In 2018, rugby was the third most requested secondary sport in the Sporting Schools participation program for public schools.

Rugby soldiers on despite the long-standing criticism that it is too elite.

More than a stereotype
Perhaps rugby needs to embrace its current audience, before embarking on a divide and conquer strategy to acquire more fans.

Suburban grounds filled to the brim look better on television than empty Super Rugby stadiums, and fans do not need to set their alarms or pay-per-view when the match is down the road.

Purpose
Aussie rules leveraged the format to dismantle the belief that Victoria was the dominant state in terms of its player talent.

Rugby league sees it as a no brainer that guarantees an audience greater than Married at First Sight.

Perhaps it is an exhibition for rugby. An opportunity for non-Test players to lift the trophy in a back-to-basics approach to club rugby.

The Wallabies can wait for now.