The two-time world champion, who walked away from Formula One after a horror second stint at McLaren, seemingly didn’t close the door completely on his career at the pinnacle of racing and now it is possible that he may return to the grid in 2021.

Since the announcement of Sebastian Vettel’s departure from Ferrari and the subsequent confirmations that Carlos Sainz would be his replacement and in turn, Daniel Ricciardo would then move to McLaren from Renault – Alonso’s name has been strongly linked to a Formula One return with the French manufacturer.

Renault, of course, is the team with which the Spaniard won his two titles with back in 2005 and 2006, though given their current dire predicament; are they really an option for Alonso, who publicly humiliated his previous team on many occasions for being uncompetitive?

At the age of 38, Alonso has enjoyed a glittering career, achieving success beyond Formula One also – having twice won the 24 Hours of Le Mans and the World Endurance Championship with Toyota. When it was announced that he’d be contesting the Indy 500 in 2017, he made it clear that his intention was to now vie for the elusive Triple Crown; comprising victories at the Indy 500, Le Mans 24 Hour and Monaco Grand Prix.

With only the Indy 500 win now left to tick off, it would have been thought that the Spaniard would firmly be focussed on achieving that feat, following last year’s disaster with McLaren – who failed to even qualify for the race entirely.

A return now to Formula One full-time with Renault seems to be a diversion from that and a left-field choice, given the fact that the French outfit have been struggling on-track and made no gains between the last two seasons. Which was enough for Aussie Ricciardo to ditch the team without even racing the 2020 car and head for rivals McLaren for 2021.

While Alonso’s former team boss in Zak Brown says, “he’s a no-brainer to put in,” to a Renault car, the question is whether the Spaniard really wants to spearhead a midfield team out of the doldrums.

“I don’t know if Fernando has the appetite to go on a three-year journey versus getting in a car he can win in, in 2021,” added McLaren boss Brown.

Being picked up by one of the current race-winning outfits has been an impossibility since Alonso was struggling in a Honda-powered McLaren and that is something that still hasn’t changed. At the time he left Formula One without a single podium during the second stint at McLaren, Alonso himself stated that unless he had a winning car – there was no desire to return. 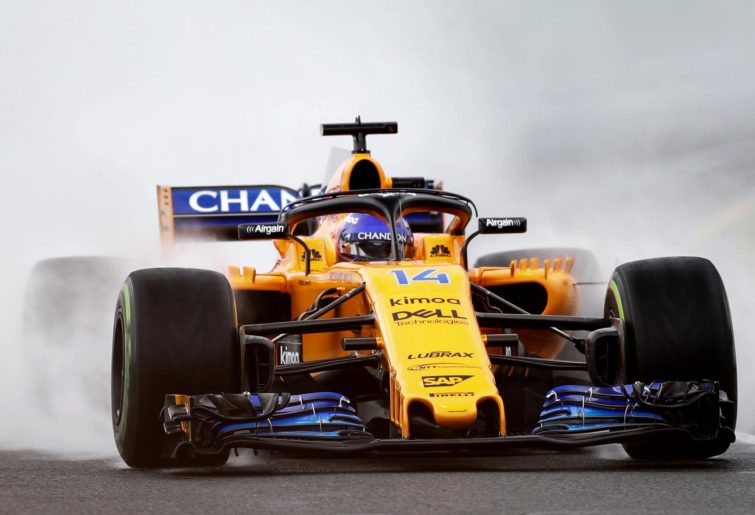 This could be attributed with his toxic nature which eventually destabilised his tenures at Ferrari and McLaren (on both occasions) and the pressure that is put on the team to deliver.

As a racer, Alonso is no doubt one of the best seen in Formula One and one only has to go back and watch a highlights reel of his career to see him wrangle whatever car he’s into places they should never go. Therefore the 2012 season could be regarded as the Spaniard’s best, despite losing to the title by three points in the final race.

It was his journey in the cantankerous Ferrari that year that highlighted Alonso’s ultimate talent.

It is the added baggage, unfortunately, the former world champion brings that would make him an unsuitable choice for a team in a perpetual state of rebuilding such as Renault – regardless of whether he is ‘detoxed’ according to ex-team boss Flavio Briatore.

Renault could go for other options indeed, which also would be more financially attractive than the high-demand Alonso and quite frankly the French marque’s future in Formula One at the moment is no certainty either.

A career unfulfilled perhaps, or just let sleeping dogs lie with an already glowing list of achievements. Unless Fernando Alonso is winning in Formula One again, it would be moot to make a return regardless of his gravitas and presence on the grid.