In another twist in the story of Rugby Australia this week, three Queensland Reds players are refusing to take the 60 per cent pay cut apparently agreed around a month ago.

The players concerned are Izack Rodda, Isaac Lucus and Harry Hoskings, all managed by Anthony Picone, have received some heavy criticism. RA offered them the option of a sabbatical, which some who are critical of the situation may have forgotten.

It brings to the forefront the subject of players playing overseas and their eligibility for Wallabies matches. Is it time for Australian rugby to accept players earning their living overseas and allow them to play for the Wallabies? The practice is certainly accepted by other codes in this country, soccer being an obvious example.

Having read a recent article about New Zealander Colin Slade’s time in France, you could not argue the standard is any lower in Europe. Some top-level players will always choose to stay in Australia, but for those who don’t, perhaps it’s time to explore the options of allowing them to be eligible for the national side. 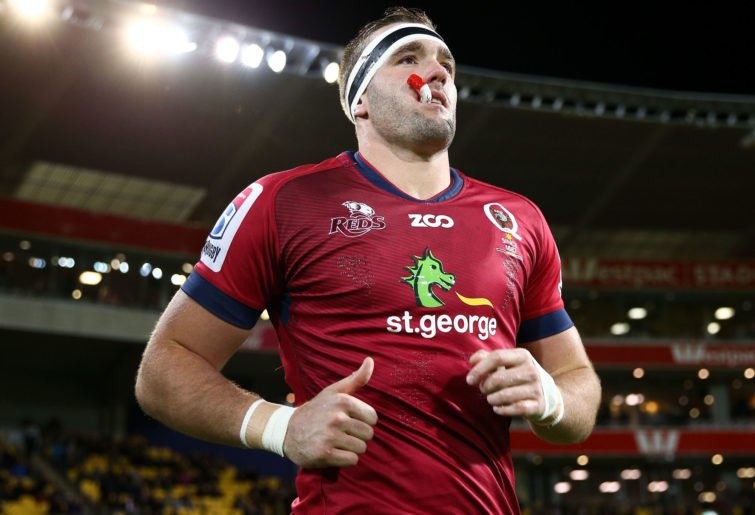 A lot of criticism has been levelled at Rodda for exploring the sabbatical option. But is a 60 per cent pay reduction even feasible for all players? Some may have gone along with it, but realistically it might be placing them in financial crisis. As a player agent would Picone be doing his job if he didn’t explore all options for the players of his whose financial position may be critical?

There will be those critics who say its greed et cetera, but is it? Or is it just business for an international player in his prime – and in his prime earning capacity – facing a huge pay cut?

Really some of these issues fall back unfortunately to the dire state Rugby Australia finds itself in. To be honest, limited rugby and a potential thrashing at the hands of a hungry All Blacks side really isn’t an inviting proposition. The fact that unions have asked to take such huge pay cuts isn’t a good sign. It may take RA several years to recover from its present economic situation.

The fallout for the Reds squad is very unfortunate, and for coach Brad Thorn it must be frustrating, but unfortunately that is the professional game, with players entitled to look to secure their financial futures.

Sometimes this takes them overseas, but to limit players available for Wallabies duty is simply lowering the standard of the international game. Rugby Australia as the governing body needs to address this problem, as it will only get worse.

With players in Northern Europe earning up to £1.1 million (A$2 million) per year, it’s no wonder the dole isn’t an attractive option for top-level players here in Australia.

Unfortunately for rugby fans the player exodus may continue as our top players receive overseas offers. But fans and administrators alike should see this for what it is: business. I’m sure as a player Rodda would love to remain at the Reds, but the financial pressure on players may not make this possible until the game in Australia improves. As for up-and-coming players, a couple of years on low pay or government payments may not be enough to keep them in Australia.

This is the grim reality of post-COVID-19 sport in Australia. Other codes are seeing this also, with Greg Inglis signing an overseas contract to resume his career. Rather than simply attacking players for not accepting low contracts, we should perhaps look at the underlying reasons for the financial state of the game and how it ended up at this low ebb. How a large professional sporting organisation such as RA ended up with no money left in the piggybank really defies belief.