Dixie
Roar Guru
21st May, 2020
3
Join the conversation
Advertisement
Write for The Roar

Trusting the system, there looks to be some good value and good bets this week, particularly No. 10s for some reason – it’s not my birthday, but it does align with the weekly ten-unit play.

A good meeting for a Heinz? You’ll thank me later – or not.

Units bet: 177
Units won: 149
Based on one unit being equal to $1 win bet, New South Wales dividends (see comments for any changes based on scratchings or track condition). 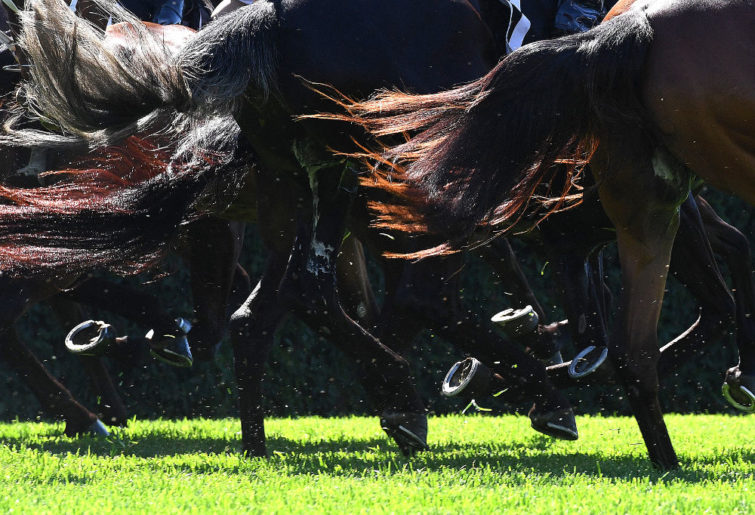 No. 10 Mouse Almighty (one unit)
This filly ticks all my highway boxes: dominant recent wins, wet form and a solid weight drop. Should be in the first couple carrying 51 kilos. I’ll have a dabble at massive odds that she keeps going.

No. 10 Crown Affair (one unit)
Sticky with double-figure-priced No. 10s in the three-year-old distance race. Crown Affair hadn’t done much in his first 12 starts but broke his maiden in style last time up, winning by eight lengths at an absolute canter. Should get a soft lead, he’ll be the one they have to chase. Reinvest has shown promise, winning his first two starts and is a legitimate favourite. Tooradin rates highly and Foxborough is a big chance, particularly in the mud.

No. 11 Loveseat (one unit)
I have the Godolphin runners battling this out. Loveseat rates on top on the back of his midweek win two starts back. He was squeezed a bit late as favourite last time and is placed nicely to make amends. The wet track is fine. Rock Dove is probably better suited to firm ground but won impressively last start. Yonkers gets stuck with a big weight but should run well.

No. 4 Sandbar (one unit)
A good quality sprint with plenty of chances, I’m happy to back Sandbar as long as it’s not too wet. He’s the one here who’s raced the top-liners. He’s in well with only 55.5 kilos. No knock Southern Lad or Coruscate – tricky.

No. 10 Miss Einstein (two units)
I was robbed last time backing Miss Einstein. She copped a horrible check when looming to be in the finish. She races in the same grade here, and the extra 100 metres (one from one at 1500) and wet (one run on Heavy 10 for a seven-length win) are both massive ticks. Of the others, I think My Demetra isn’t the worst at odds down the bottom of the weights, and Greek Hero is a big danger after impressive at the first run in Australia.

No. 8 Witherspoon (two units)
Game time. Witherspoon gets in beautifully with the jockey’s three-kilo claim. She’s carried big weights recently behind nice horses like Grand Piano, Splintex and Fiteuse. The wet is a risk I’ll have to take, and at $17 I think it’s worth it. All Stand comes to town and isn’t the worst, while Switched is nicely weighted for a fresh tilt.

No. 10 Thy Kingdom Come (one unit)
Funny little race. I’ll stick solid with Thy Kingdom Come despite the lack of heavy form (okay numbers on slow) and the 475 days since his last win, both obvious negatives. He’s another one who’s been racing against quality recently – Phaistos, Grand Piano, even Greyworm going back a bit further – but I think he’s a great chance here carrying 50.5 kilograms. The dangers? Archedemus carries extra weight but has great 1400 metre, wet and second-up numbers. Man of Peace also shapes to run nicely at the weights.

No. 13 Voila (one unit)
Voila – what a great name for a top-rater in the last. It’s a good contest and a big field, but this mare’s big win before going to the paddock reads well for this. Gets the jockey claim and trialled okay during the week. The wetter the better. High Low Bet has exactly the same good heavy track stats and was flying last prep. Dunbrody Power, Threeood and Snow Valley will all be in my quaddies and exotics. Don’t be afraid of the high numbers!

While the weather is obviously a serious variable, I like the looks of things with a Slow 6-7 or Heavy 8 track. Good luck, everyone. Fingers crossed things continue to look good and we’ll be back on track before you can say Chatauqua.

As always, please add your comments, tips, praise (here’s hoping) or criticisms below.

For most people, a global pandemic means it is really hard to predict what the future will hold. But after her recent selection to represent Australia in table tennis at the 2021 Tokyo Olympic Games, Stephanie Sang knows exactly where she wants to be in one year. 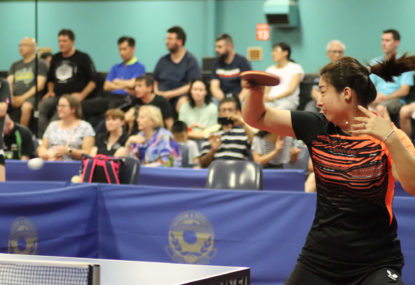