The Socceroo who has a chance to dominate the K League

Bendtner52
Roar Rookie
22nd May, 2020
0
Join the conversation
Advertisement
Write for The Roar

The Pohang Steelers side in tonight’s K League clash against FC Seoul features an Australian A-League champion and Socceroo.

The man in question is the newest Australian addition to the K League: Brandon O’Neill. He will be keen to put on a show for the cameras tonight.

O’Neill made his first appearance for Perth back in March 2012 and went on to feature 145 times for Sydney FC during their most successful period, anchoring the midfield so that Milos Ninkovic could flourish.

He has now taken a step up into the K League, where he will hope to put in the same kind of performances to allow Aleksandar Palocevic to thrive.

Palocevic joined Pohang on loan last June from Portuguese side Nacional, who are located on the island of Madeira, where Cristiano Ronaldo was born.

After playing against them in the Portuguese second division they season before, he was snapped up by the Madeirans to feature in the top division of Portuguese football following their promotion.

After playing in 24 league games, facing off against the likes of Benfica, Porto and Sporting, he decided to try a stint in the K League.

After initially playing well in the 2019 K League season, he has continued this form in 2020. He scored a penalty in Pohang’s opening-day win over Busan, and followed it up by a smart finish in match two in the Steelers’ draw against Daegu.

At Sydney, O’Neill played together with Josh Brillante at the heart of the midfield in 100 of his 145 outings and this partnership was crucial at forming the link between defence and attack, as both players were just as adept at breaking up play as they were at creating things. 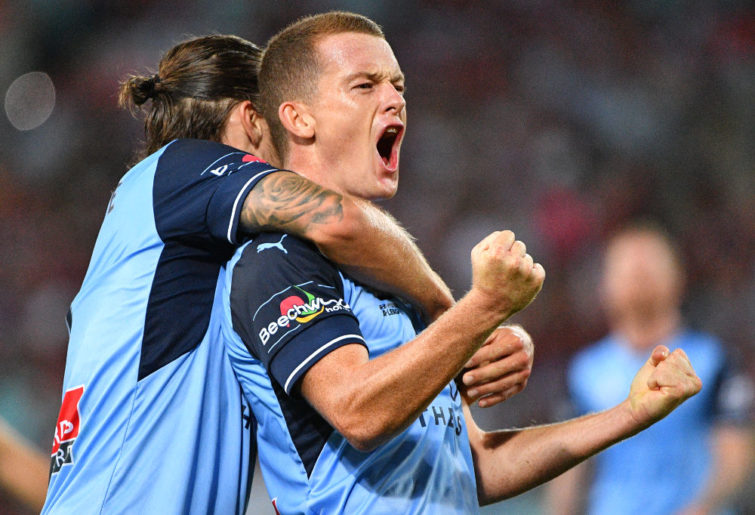 His new partner is 28-year-old Choi Young-jun, who is slightly more defence-minded than Brillante, and will therefore allow O’Neill’s attacking talents to flourish. The other option in midfield is a converted defender Lee Seung-mo, who is even more defensively minded than both.

Given that Brandon O’Neill got a secondary assist as he released the left-sided attacker Song Min-kyu, who in turn crossed for Palocevic to score, it’s likely that O’Neill will start the game and we will continue to see him be a key component of how Pohang transition from defence to attack.

Their opponents tonight are the pantomime villains of the K League, FC Seoul. The team from the capital have had a shaky start to the campaign, first losing 3-1 away to Gangwon, before an unconvincing win at home against Gwangju.

Pohang represents their first test against a potential title rival and will be a decent gauge of both sides to see where they both stand. Most of their hopes are pinned on returning hero, the 32-year-old Adriano, who won the title with Seoul in his previous stint, but had an underwhelming second season at Jeonbuk after starting brightly.

Pohang meanwhile will be hoping that O’Neill and Palocevic can thrive in the middle of the park and provide the service to pacey Colombian winger Palacios and giant target man Stanislav Iljutcenko to deliver a home scalp against FC Seoul on match day three.

In the other game that has Australian interest is the battle of Adam Taggart’s Suwon against Rashid Mahazi’s Incheon. 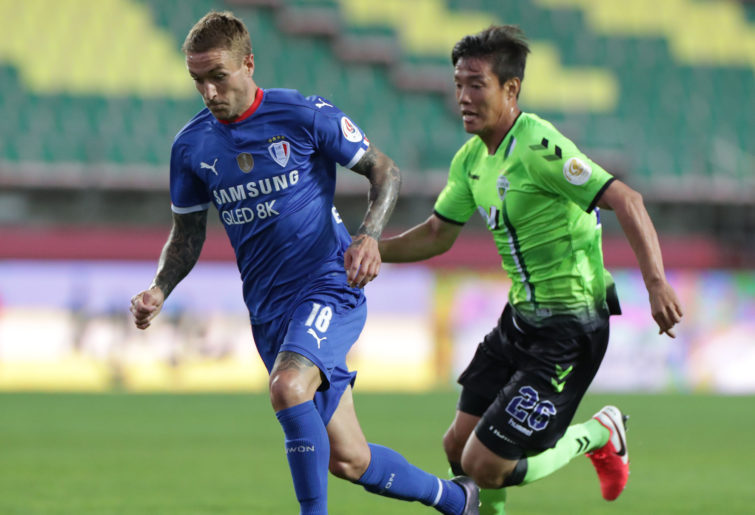 He will be battling two of his countrymen as Terry Antonis will miss the game, but his manager will no doubt be keen for him to keep up his disruptive performance seen in Round 1 when he man-marked a star forward out of the game.

It’s quite possible he may be given a similar task on Taggart, given the Australian hit man’s movement and goal threat. Suwon are currently pointless but after playing their two biggest rivals for the title so far, they will be keen to get their season back on track.

What is also clear is that they are the K League’s entertainers, as last week’s 3-2 defeat was easily the game of the weekend.

Based on the previous games, Sangju, Jeonbuk and Ulsan all have home bankers, while Gangwon and Seongnam is a little harder to predict.