Born in the city of Belo Horizonte, Brazil, the winger has torn up the English Championship this season with West Bromwich Albion.

After moving to Portugal at just 14, Pereira remained a part of the Sporting Lisbon academy until being offered a chance to move into the B team at 17.

Pereira spent three years playing for Sporting B in the second division, accumulating 17 goals and 13 assists in 41 games. During this time he was given just seven games to show what he could do for Sporting’s first team, scoring one and assisting two.

Pereira was then sent on loan to GD Chaves for €2 million (A$3.3 million), where he would get more opportunities to show what he could do in Portugal’s first division. He played 27 games with seven goals and five assists before he was again sent out on loan, this time to Bundesliga side FC Nuremburg for €3 million (A$5 million).

The 2018-19 season was a tough one for the Brazilian, who while battling injury only scored three and provided two more in 21 games.

However, a €5.5 million (A$9.1 million) loan to Albion has seen Pereira excel under the mentorship of former West Ham manager Slaven Bilic. 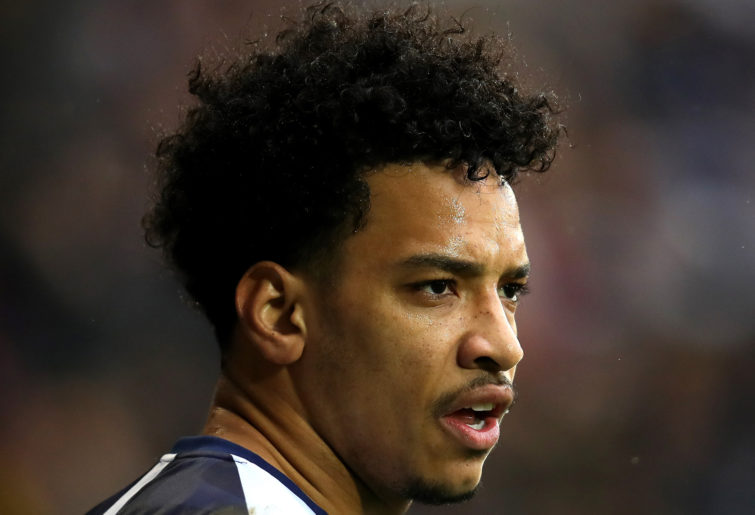 With six goals and 16 assists in only 29 starts, the Brazilian has quickly become one of the keys to the Baggies’ success this season, seeing them second in the league before the postponement of the competition.

The only downfall in his season was a three-match suspension for a nasty elbow on veteran Joe Allen. After showing his dominance this year, he has become the most fouled player in the league, so can you really blame him?

Like all young stars, Pereira has been linked to a Premier League move. Many fans would love to see him complete his prime years in the Premier League, including me. With world-class passing and dribbling, as well as a year’s experience in a very physical and tough Championship competition, he’s built for England’s top tier.

However it’s unlikely that this move will be completed for the 2020-21 season. The Baggies are locked into a deal with Sporting, meaning no outside clubs can compete to sign him from Sporting.

West Brom are due to pay £8.25 million (A$15.38 million) to sign him permanently, and if any other club such as Manchester United want him, then they’ll have to cough up whatever price Albion put on him.

But if Pereira and West Brom are able to continue their form if or when play resumes, then promotion back to the Premier League is likely.

After a fantastic year this year, I just hope a promotion to the Premier League doesn’t stunt his progress. After all, the most important thing is that he gets game time.

With a manager and team who believe in him, we will be hearing about Matheus Pereira for years to come.