Australia had triumphed twice in Pakistan, once under Richie Benaud and again under Steve Waugh. But no Pakistan team have enjoyed a series win Down Under.

The 1983 series involved Pakistan playing five Tests. It was a far longer schedule than their most recent tour last year – in 2019 Pakistan played just two Test matches in a series that some saw as a mere curtain-raiser to the three Tests against New Zealand.

In addition to the five Tests scheduled in 1983, Pakistan’s tour even included games against country sides, such as South Australia.

But this article isn’t about the Test series. It recalls instead a little-remembered tour match between Pakistan and Victoria played over four days at the MCG. Scheduled a few weeks before the Boxing Day Test at the same venue, it was an important fine-tuning exercise for Pakistan and a chance to become familiar with playing at the MCG before the Test match later that month. Pakistan had lost the first Test by an innings and nine runs. With that heavy defeat on their minds, they were desperate to perform better. 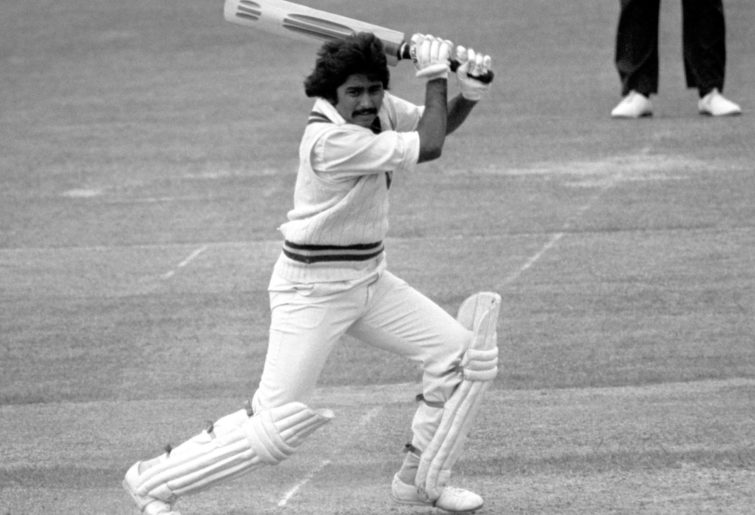 Both Victoria and Pakistan were laden with talent. It was, after all, a time when our national players rejoined their state sides for contests against touring teams. Victoria offered up names such as the accomplished opener Paul Hibbert; Graham Yallop, who would average over 92 against Pakistan in Tests that summer; Dean Jones, who was only 12 months from Test selection; all-rounder Tony Dodemaide; paceman Rod McCurdy; and spinner Ray Bright.

Pakistan, meanwhile, fielded a near Test-strength side, with opener Moshin Khan, who would top the tourist Test averages; stalwart Javed Miandad; batsman Zaheer Abbas, who had previously toured Australia with a Rest of the World side; and leg spinner Abdul Qadir among them.

I recall a few people forming a small crowd on the first day. And brilliant sunshine. We were treated to a fine start by the Victorians. They made it to 94 without loss and then to 2-210. Graham Yallop scored at will on his way to an eventual top score of 220 comprising 23 fours and one six. Dean Jones started well with two boundaries but fell cheaply. Middle-order batsman Mick Taylor, however, continued the push, scoring a century.

Incredibly Victoria made 5-555 against the tourists. One would think the match beyond Pakistan’s grasp, and the game seemed even more out of their reach when McCurdy quickly claimed opener Khan for eight.

But Pakistan fought hard. Opener Mudassar Nazar scored a century. Each of the next three batsmen then put together half-centuries, between them racking up 218 runs. But with a final score of 9-406 leaving them 149 runs behind, Victoria remained in the box seat.

In the second innings both of Victoria’s opening bats contributed a score of 41, with eight boundaries between them. From there the locals had the luxury of changing the batting order. After Yallop’s marathon knock, having occupied the crease for over seven hours, he wasn’t called on to bat. Instead batsmen who weren’t required in the first innings were promoted up the order for the second. Victoria declared at 3-136, a lead of 285.

Pakistan were determined to achieve a win that would lift confidence for the next Test. Their first innings featured a run rate a shade under four per over and again they went after a rapid run chase. With a rate that would reach 6.26 an over, Pakistan chased the impossibility of a win against a side that had scored over 500 against them in the first innings.

Nazar followed up his first-innings century with 123 before falling to Ray Bright. Miandad scored 106 in 100 minutes. With 46 overs of aggressive batting and a score of 3-288, Pakistan secured the most unlikely of wins.

I remember driving home from work during the final session. I thought I’d tuned in to a different match. That no-one could win from the position Pakistan found themselves in following the first innings. And, worse, in losing, Victoria had handed over the momentum and confidence to fuel Pakistan’s comeback in the coming Test matches.

As things went, the second, third and fourth Tests were draws until a probably exhausted Pakistan capitulated by ten wickets in the final Test.

Similar victories have happened since, such as in 2006, when England scored 6-551 in the first innings in Adelaide in an Ashes Test they subsequently lost.

While Pakistan didn’t experience a Test match win on that 1983 tour, their result against Victoria was a high tide mark for them during their Australian visit that year.