We’ve been saying thank you a lot in recent times: to the doctors and nurses, supermarket workers, lorry drivers, Aunt Tessa on Facebook for shaming Covidiots for frivolous activities like walking the dog or going to the shop for milk, and so on.

As a 21-year-old back at home with his parents and observing from the south of England, I’d like to add the NRL to my cheers list.

It’s probably crass to include recreational sport alongside health professionals and the like, but on a personal level, the NRL’s resumption has given me more joy than anything over the past two months, 13 days, four hours, and 37 minutes (not that I’m keeping count or anything).

I haven’t watched any live sport apart from the odd Hong Kong horse race and a few Bundesliga matches. The closest thing England’s had to sport has been the grim league-table comparisons over COVID-19 deaths with Europe, and just like obesity, we’re first.

I’ll be tuning in on Thursday cheering on Parramatta (mainly to annoy my Broncos-supporting friend), before going nuts for the Bunnies the next day. Rugby league is my favourite sport. Give me Castleford versus Wigan over Manchester United versus Arsenal anytime. 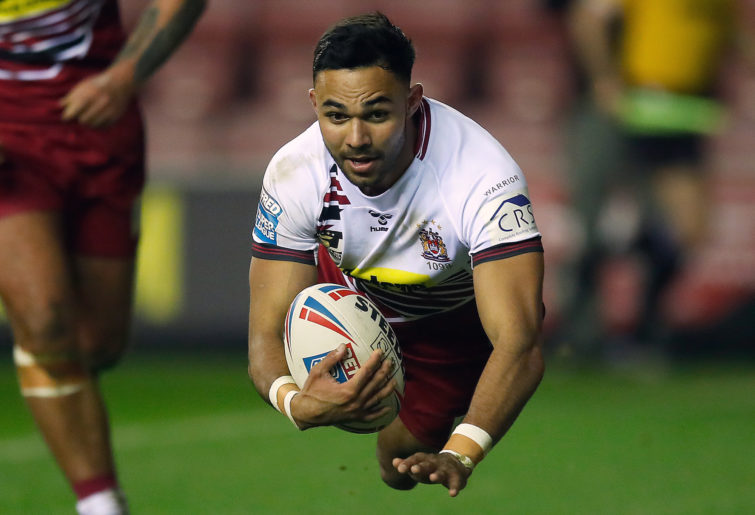 With the NRL back, the fact I’ll be able to watch something entertaining for the first time in what seems like 20 billion jillion years is such a morale booster beyond my vocabulary, and possibly beyond that of the English language.

Yet it’s about more than watching 26 blokes on the other side of the world leather each other while playing with skill and beauty, and all the hyperbole that we cannot assuage when espousing rugby league. It’s passion. It’s tribalism. It’s getting irrationally heated over what happens in Parramatta or the Central Coast – getting the blood flowing and making you feel like you’re actually living, not just existing.

This was why the suspension of English football came as such a huge blow to me. Tottenham Hotspur are my first and last footballing love, in between are England, Malaysia, Wellington Phoenix and Vancouver Whitecaps for extremely convoluted reasons that I won’t bore you with here.

I know I’m in the minority, but other football, outside of the World Cup or Euros, doesn’t give me the same feel as downing tinnies, walking to White Hart Lane cheering your lot on and shouting abuse at the other lot. To try and religiously keep up beyond the back of the newspaper, the odd flutter and Match of the Day is not worth the effort for me.

Rugby league is different. As much as I’m looking forward to Easts versus Souths on Friday, I’ll also be keen to see the rest of the round. Before a gruelling ten-hour shift on Saturday, I’ll wake up at 6am to watch New Zealand against St George Illawarra.

This might be a false comparison. I freely acknowledge that growing up in Kent instead of Redfern means I cannot have the same passion as I do for Tottenham – passion that was indoctrinated into me.

Souths came as a choice: one, I might add, that I’ve stuck with through thick and thin before I hear any accusations of being a glory hunter. I put up with the ignominious machinations of the comings and goings of the Burgess brothers, Luke Keary versus Russell Crowe, and whatever the hell 2016 was. 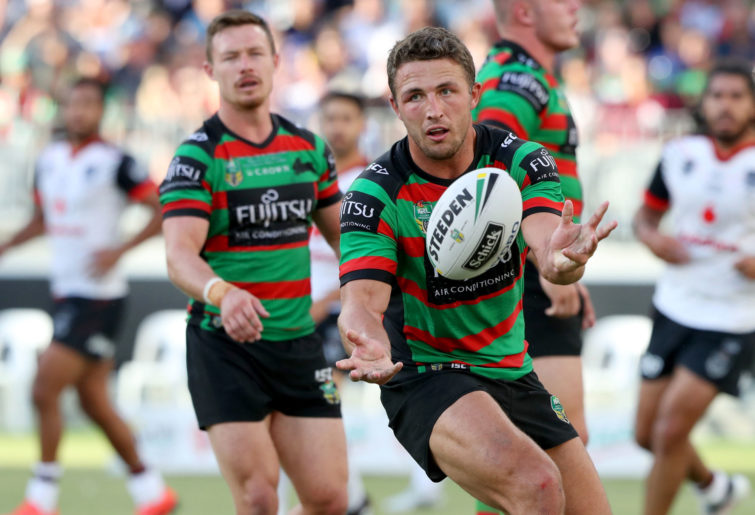 But I know my suffering pales into insignificance for the man on the Erskineville omnibus, and for me to suggest otherwise would be as insulting as it is ignorant. Try as I might, I don’t bleed red and green. Side note, if your blood has a greenish tinge, see your doctor.

That doesn’t mean I won’t be cheering them on with a couple of cold ones on Friday morning, screaming and shouting with so much blue language that the church down the road will be glad their doors are still shut. Even if we lose, and even if I lose £20 over the Broncos-Eels clash, it’ll be the happiest I’ve been in a long time (what was that about not being a true fan?).

Watching the news out of Australia and Aotearoa-New Zealand has been both heartening and infuriating at the same time. That these two countries that I love so much are moving on with their lives is genuinely heartening. But at the same time, hearing about your ability to socialise, go to the pub and meet non-household family brings immense jealousy.

I’m stuck in a country many weeks if not months behind you, currently in the collective process of losing whatever marbles we had left to begin with.

So thank you Australia, Aotearoa-New Zealand, the NRL, the players, the referees (can I still use the plural?), broadcasters, everybody, for bringing some joy back into my life.

Cooper Cronk believes players unwilling to receive the COVID-19 vaccine may have to pay a financial price if they’re unable to play. 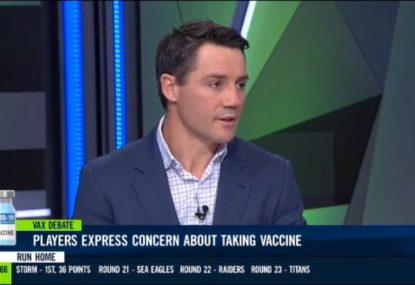 There are just five weeks remaining in the NRL season, and virtually every game this weekend will have finals ramifications. This is The Roar’s NRL expert tips and predictions for Round 21. After a postponed back half of Round 20 which saw mainly fizzers, Round 21 has games which have finals implications written all over […]